Penalties have been substantially increased for driving offences within Silver and School zones to deter irresponsible driving and protect students and seniors. Will this be enough to keep our roads safe for this vulnerable group of pedestrians?

On 1 July 2021, penalties for reckless driving in Silver and School Zones were jacked up to protect our most vulnerable road users: the young and the elderly.

Introduced in 2014, Silver Zones have a lower speed limit of 40 km/hour, and are fitted with road safety features to slow down traffic. They also have wider centre dividers to allow elderly pedestrians to rest while crossing the road.

School Zones were similarly implemented to improve road safety for students. Pedestrian crossings, parking restriction lines, and other road markings are some of the measures introduced. The speed limit in front of these schools is reduced to 40km/h during school peak hours.

Do note, though, that LTA lowered the speed limit last year at two Silver Zones — Bukit Merah View and Jurong West Street 52 — from 40km/h to 30 km/h. During the trial period, it found that motorists generally slowed down and traffic remained smooth. Encouraged by the results, LTA has made the 30km/h speed limit permanent at the two zones, and will progressively roll out this lower speed limit to five other Silver Zones.

Unless otherwise stated, all roads in Singapore have a speed limit of 50km/h.

HIGH CASUALTIES
Since the Silver Zones were implemented, there has been an almost 75% drop in accidents within these zones.

Despite their success, experts note that both motorists and the elderly can display complacency when it comes to these zones. In a 7 March 2021 interview with Today online, Singapore University of Social Sciences lecturer Cecilia Rojas, an active mobility expert, suggested that the elderly may have a higher perceived level of safety while crossing these zones. “This might lead elders to overestimate their capabilities and sometimes put themselves in dangerous situations,” she was quoted as saying. Drivers, too, might regard speed limits at Silver Zones as “overly precautious” and be tempted to break the rules, she added.

HIGHER FINES AND DEMERIT POINTS
While jaywalking by elderly pedestrians may have played a part in some of these accidents, many can be attributed to motorists’ irresponsible driving behaviour, such as not slowing down when approaching a pedestrian crossing.

Keeping this in mind, the harsher penalties are a good deterrent. Demerit points and composition fines have been raised for motorists who don’t slow down or give way when approaching pedestrian crossings, such as signalised junctions in Silver Zones or School Zones; similar penalties await those who speed or drive against the flow of traffic in these zones.

Under the new regulations, drivers will be liable for two additional demerit points for each specified traffic offence. For example, a motorist who runs a red light — a 12-demerit point offence when committed outside a Silver Zone and School Zone — will incur 14 demerit points when the offence is committed in a Silver or School Zone.

SHARED RESPONSIBILITY
While he supported the increase in penalties, Associate Professor Raymond Ong, from the National University of Singapore, recommended additional measures such, as cameras at Silver Zones to detect speeding and jaywalking.  “Such cameras may have recognition technologies for enforcement, or can be used as advanced warning for cars to slow down,” the transport infrastructure expert was quoted as saying in the article.

External enhancements aside, further education on pedestrian and driving safety may be required for drivers and seniors. They need to realise that road safety is a shared responsibility, where both motorists and pedestrians observe traffic regulations and look out for each other.

AAS-IA PRODUCTS
While you may be a conscientious road user, it is unwise and unsafe to expect every other driver/commuter to possess the same level of concern about road safety as you do. So to better protect yourself should something untoward happen to you while on the roads, consider taking up one or more insurance products offered by AA Singapore’s subsidiary, AAS Insurance Agency. They provide an array of insurance policies that cater to various needs, such as PMD users, Senior Drivers, and frequent drivers.

Battery-Swapping: The Future Of The EV?

Jazz Up Your Car With Care 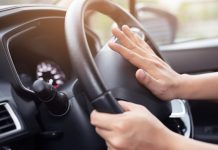