AA Singapore had a successful launch of its Be A Road Safe Kid children’s story book at the Singapore Road Safety Council Gala Dinner. 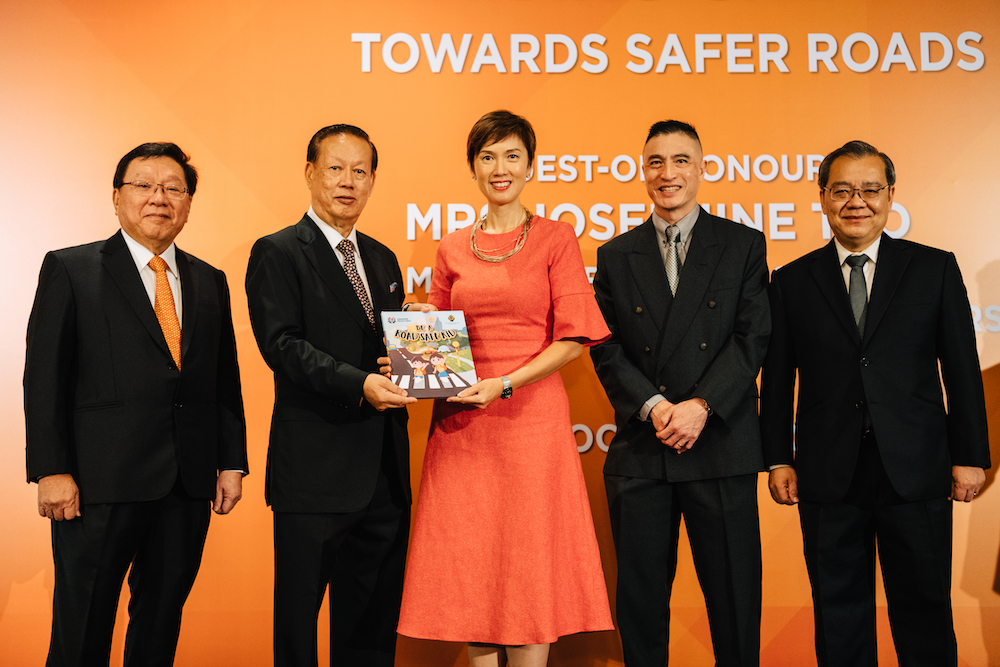 The Singapore Road Safety Council (SRSC) held its sixth gala dinner at the Stamford Ballroom, Fairmont Singapore, in October 2018. The annual event was organised to raise funds for the SRSC’s numerous programmes; it was also an opportunity for SRSC to thank sponsors for believing in its cause. The Guest of Honour for the evening was Minister for Manpower and Second Minister for Home Affairs Mrs Josephine Teo.

The follow up to AA Singapore’s first children’s activity book, Safe Kids on Roads, launched in 2016, Be A Road Safe Kid puts across four key messages:

The book can help children cultivate safe road habits as they are particularly at risk due to their small size. Moreover, they may not know how to accurately assess dangerous road conditions and react appropriately to them.

Training vocational drivers
In her speech, Minister Teo revealed, “While the overall situation has improved, there remain key areas of concern. In particular, vocational drivers, such as heavy vehicle drivers, continue to be over-represented in accidents. In 2017, heavy vehicles were involved in 10% of all road traffic accidents, despite only making up 5% of the vehicle population.” She thus encouraged employers to make use of SkillsFuture Singapore’s training grants to send workers to MOM-approved training programmes, such as AAS Academy’s Crash Prevention Course.

Lower accident rate
Mr Bernard Tay also welcomed guests to the dinner; in his address, he noted, “The accident rate in 2017 has gone down once again, making it the lowest in six consecutive years. While the numbers have gone down, one accident is one too many. Accidents can be prevented if all road users observe and practise road safety measures.” 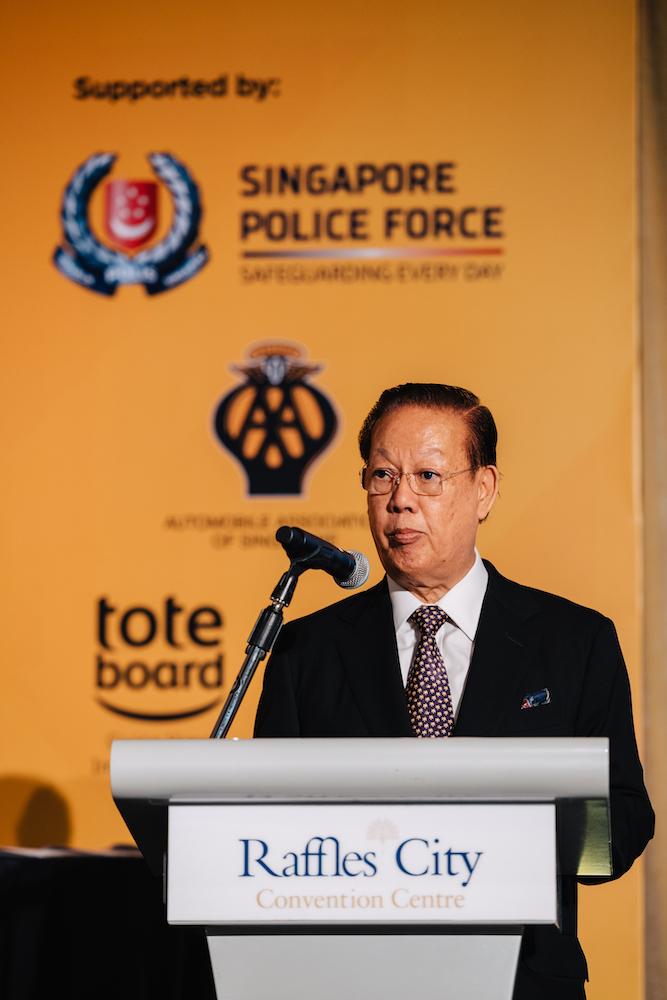 He announced that the SRSC had managed to raise more than $400,000, which would enable it to continue organising outreach events to educate the public and raise awareness of road safety.

Among the measures SRSC has initiated are road safety videos, such as the Ms Savage series, which contains five episodes. Unveiled during the gala was the fourth, ‘Motorcyclist Road Safety’, which highlighted the importance of carrying out pre-ride checks, wearing appropriate gear, and being familiar with blind spots — all put across in a fun way by the presenter, Ms Savage.

Recognising road safety efforts
That evening also saw various road safety awards being given out to those that have actively promoted road safety through implementing safety policies and providing appropriate training to their drivers and riders. Drivers or riders who have been road safety role models were similarly recognised. Minister Teo presented a trophy and training vouchers to the awardees.

She stressed the need to “step up efforts to promote and encourage the adoption of safe driving practices amongst vocational drivers”. She asserted that the award winners had “set the gold standard through their personal conduct”. The prize sponsors for the champions in both the Company and Individual categories were AAS Academy and AA-SPCS Pte Ltd.

Guests were entertained at the dinner by singer Deborah Jean Lee and the Police Quintet. They took turns to provide a repertoire of foot-tapping numbers. At the close of the gala, a copy of Be A Road Safe Kid was handed to guests as they left the ballroom.