The Skinny On 3 Diet Trends

The Ketogenic, Paleolithic and Atkins diets are well-known eating plans revolving around the principle of low carbohydrate intake. Here’s a comparison of their philosophies, theories and essential practices to help you decide which fits your lifestyle better.

If you’re keen on healthy eating or weight loss, you are likely to have heard of the Atkins, paleo and keto diets. While each of them advocates following a low- or no-carbohydrate meal plan, there are important and interesting differences between them.

The ketogenic, or keto, diet was founded by Dr Russell Wilder of the Mayo Clinic in 1924. It was used initially to treat epilepsy in children. The diet aims to force the body into using a different type of fuel. Instead of relying on sugar (glucose) from carbohydrates, the body burns ketones, a type of fuel the liver produces from stored fat. Followers have to restrict their carb intake to fewer than 50g a day for a few days so they can achieve ketosis, a state in which the body burns ketones instead of glucose for energy.

The standard keto diet advocates 70–80% of a person’s calories come from fat, 20% from protein, and less than 10% from carbs. People on this diet avoid starchy vegetables, gluten, grains, legumes and sugar. Instead, they stick to non-starchy vegetables, nuts and seeds, meat and poultry, fish and seafood, eggs, low-glycaemic fruits such as berries, and full-fat dairy options.

Given the high-fat requirement, followers have to consume fat at each meal. This is made easier as most keto diets allow food high in saturated fat, such as fatty cuts of meat, processed meats, lard, butter, cream and cheese, as well as sources of unsaturated fat. 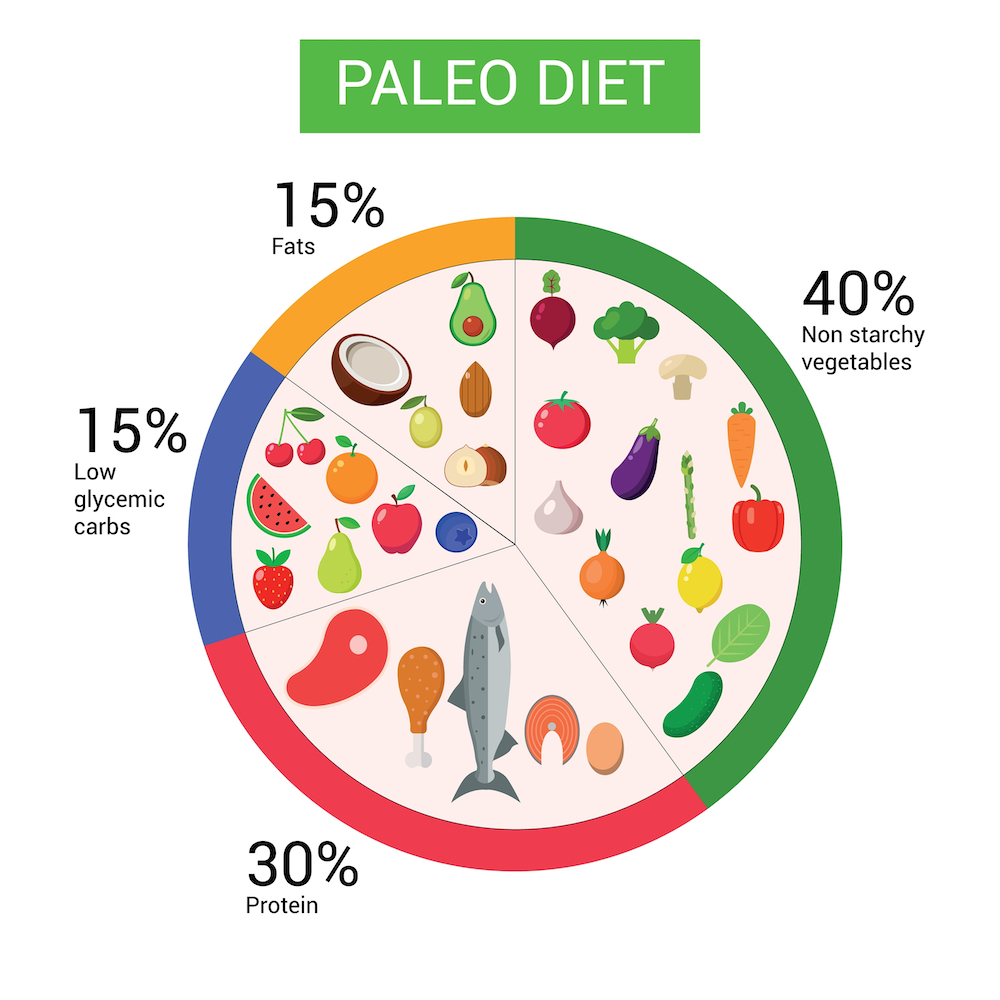 The paleolithic, or paleo, diet attempts to replicate the way people used to eat during the Paleolithic era. The focus is to get people to eat like our hunter-gatherer ancestors.

The paleo diet emphasises food once procured by hunting and gathering, and limits food that became common when farming took off about 10,000 years ago, such as dairy products, legumes, grains, added sugar, and hydrogenated oils. Followers tend to eat mainly vegetables, meat, fish and healthy fats, along with a moderate amount of fruits, nuts and seeds.

Since it eliminates all grains, paleo is naturally low in carbs. However, unlike keto and Atkins, paleo doesn’t steer clear of all carbs; starchy vegetables, such as sweet potato, butternut squash and yam, are allowed. At its heart, the paleo diet focuses more on nutrient-dense eating than on losing weight.

Another difference is that, unlike the keto diet, the paleo diet recommends staying away from certain types of oils and trans fats. 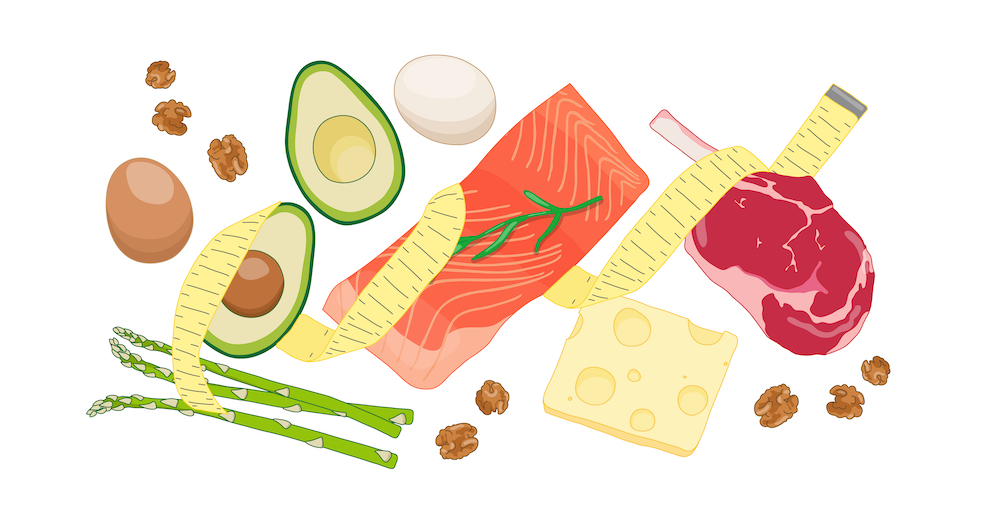 The Atkins diet is a low-carb weight-loss plan developed in the 1960s by cardiologist Robert C Atkins. He felt carbohydrates were responsible for health problems and weight gain, and came up with a plan that restricts carbs while focusing on protein and fats. It uses a tracking method called net carbs: the total number of carbs minus its fibre content in grams.

The classic Atkins diet has four phases. The first starts with dieters eating a mere 20g of net carbs per day (a medium-sized banana has 24 net carbs), then slowly progresses to Phase 4, where people are allowed 120 net carbs. Other Atkins plans, designed for those with less weight to lose, allow 40 or 100 net carbs right from the beginning.

Unlike paleo and keto, the Atkins diet offers pre-packaged and processed meal substitutes.

A caveat: Following a restrictive eating plan carries risks. Before starting any weight loss or restrictive diet, consult your doctor. People who are pregnant, breastfeeding, or have kidney disease are advised to steer clear of the Atkins and keto diets.