The Power of Origami

The art of paper folding not only has therapeutic benefits, it has also helped driving safer. 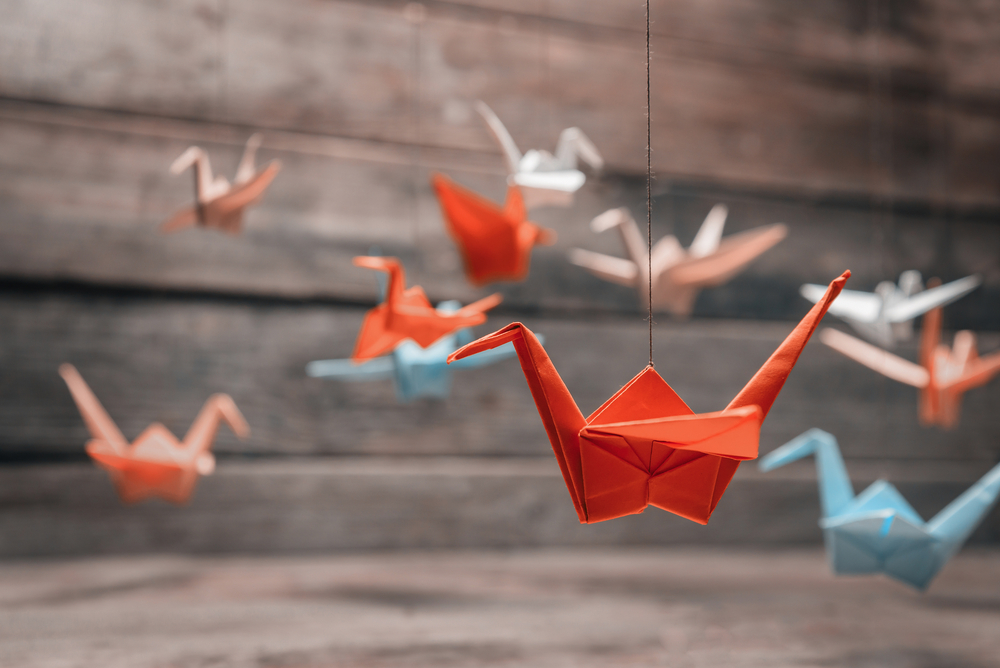 Origami, the Japanese art of paper folding, is often associated with play. Anyone who has ever folded an origami crane would know how satisfying it is to be able to turn a sheet of paper into a three-dimensional bird with wings. You may even have fond memories of trying to create the ultimate paper plane that can fly faster and further than your friend’s. From the whimsical to the profound, this fun activity has captured the imagination of young and old, boys and girls.

But there’s more to origami than it being a child’s pastime. It has inspired physicists such as Robert J Lang to create a software that uses math and engineering principles to design complex origami structures. It has also evolved into a fine art form; for example, Vietnam’s Hoang Tien Quyet uses wet folding origami techniques to create realistic sculpted animals.

More recently, origami has been used as a therapeutic tool that can help with de-stressing and even for healing after suffering from an injury or a stroke. Improve concentration
Paper folding keeps your mind sharp as you follow instructions for new shapes while your hands are engaged in folding and creating shapes. It works both ways, as it is believed that using the hands directly stimulates areas of the brain.

In science-speak, this is how it works: Impulses are sent to the brain, activating both the left and right hemispheres of this vital organ. Tactile, motor and visual areas of the brain are activated and brought into use. Memory, non-verbal thinking, attention, 3D comprehension, and imagination are further stimulated by the brain’s exploration of origami.

For drivers, keeping brain stimulated and alert is welcome in order to remain safe and effective. A study by the National Institute of Health found that people who had cognitive training for memory, reasoning or speed of processing had 50% fewer car accidents than those in the control group.

Enhance fine motor skills
Origami provides mental and physical stimulus, which helps improve fine motor skills and build muscles. As such, it has been used as therapy for those recovering from hand injury or surgeries.

Definitely food for thought for drivers, who have to use their hands to turn the steering wheel, shift gears, and deal with various other dials, knobs and switches during a drive.

Ease depression
The act of folding paper models can also be good for one’s mental health. One Singaporean blogger, who was paralysed on the left side of his body after suffering an acute stroke, found relief from depression when he engaged in origami. Buoyed by scientific evidence that “repetitive activity and movement do stimulate the growth of synapses and new neurons”, he viewed origami as an activity that gave him hope. After a little more than a year, he was able to walk without assistance and regain some strength in his left arm— never underestimate the power of hope!

Regulate your mood
Practising origami on a daily basis can limit the release of stress hormones in your brain. It offers emotional satisfaction as we watch a piece of paper transform into a new creation. This relaxing and therapeutic activity brings added joy, especially when others marvel at our creations.

For drivers, being relaxed and in a good mood while behind the wheel is definitely a safer state than being bogged down by stress and worry. Here are some little known links between origami and cars.