The Golden Eagle Festival attracts tourists to Mongolia from far and wide. Find out more about this unique event and how it is celebrated. 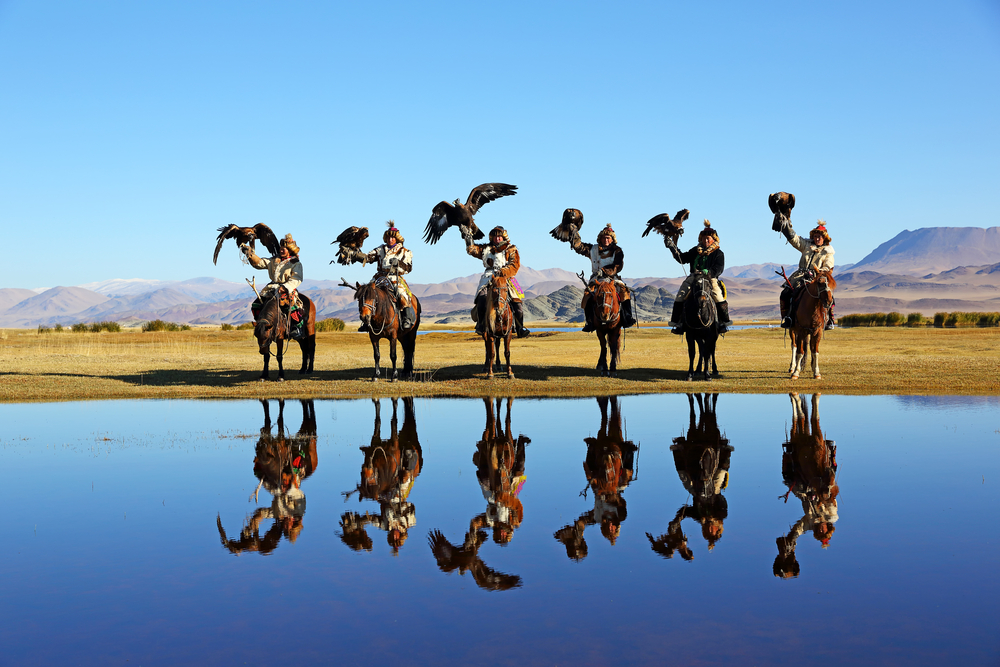 Sandwiched between Russia and China, Mongolia is famous for its endless steppes, open plains and nomadic culture. The country also celebrates a number of colourful festivals throughout the year. One such jamboree is the Golden Eagle Festival.
The two-day event is held annually in October in Mongolia’s westernmost province, Bayan-Ulgii. The festival promotes the culture of the Kazakhs, a minority group in the country, and celebrates the ancient art of falconry. Organised by the Mongolian Eagle Hunters’ Association, the festival has been so successful that it has encouraged more young Kazakhs to take up the practice. In fact, in 2011, eagle hunting was added to the UNESCO Representative List of the Intangible Cultural Heritage of Humanity as an example of ‘living heritage’.

The golden eagle lives in the Altai mountains, and builds its nests in the crags of the area’s rugged peaks. Kazakh hunters climb up to these crevices to capture the nestlings when they are around four years old. Stories about the eagle’s power abound among the Kazakhs. These birds of prey are domesticated, fed by hand, and live with the family for years. To hunt, the men take their eagles high into the mountains so that they can scan the valleys below for foxes and other small animals, which the birds swoop down to catch. Only female birds are used because they’re larger — with a wingspan ranging from 1.8–2.5m — and fiercer predators. 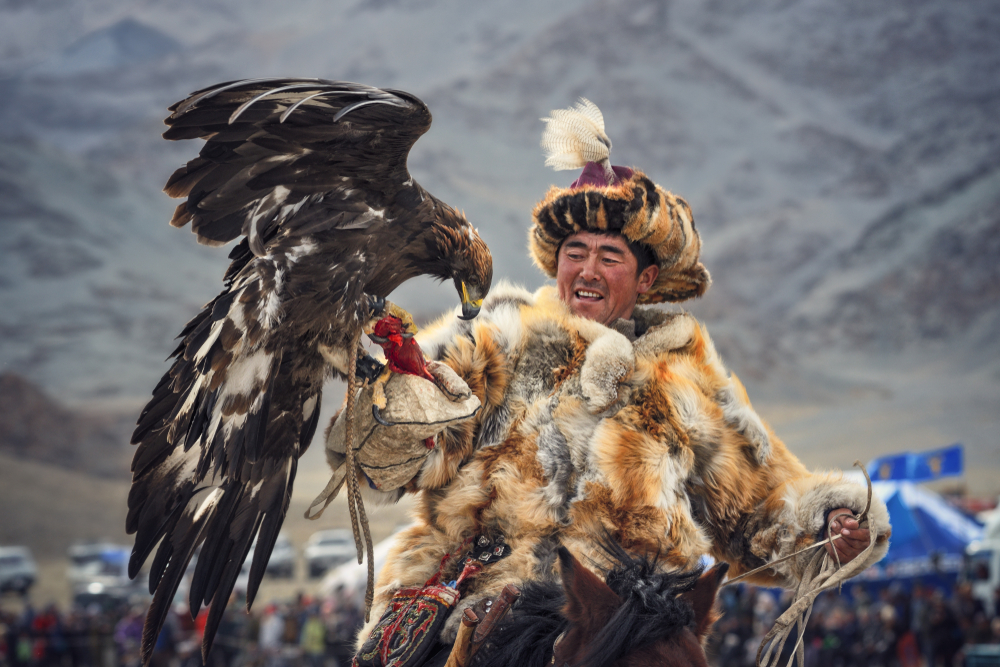 At the Golden Eagle Festival, Kazakh eagle hunters — known as Burkitshi — compete on horseback to catch foxes and hares with their feathered friends. The hunt shows off the skills of both the birds and their trainers. The trainer waves a lure — fresh meat or an animal skin — and calls to the eagle to come and get it. The bird is held by the hunter’s partner, who perches on a nearby hill. He removes the cap covering the eagle’s head and eyes and releases the bird at the trainer’s call. The eagle then chases the lure dragged by the trainer on horseback.

The birds of prey are evaluated for their diving speed and gripping technique. At the festival, prizes are awarded for speed, agility, skill and accuracy at hitting a target. In addition, there are also prizes for best costume and for some traditional nomadic games. Festival winners are announced at the closing ceremony. 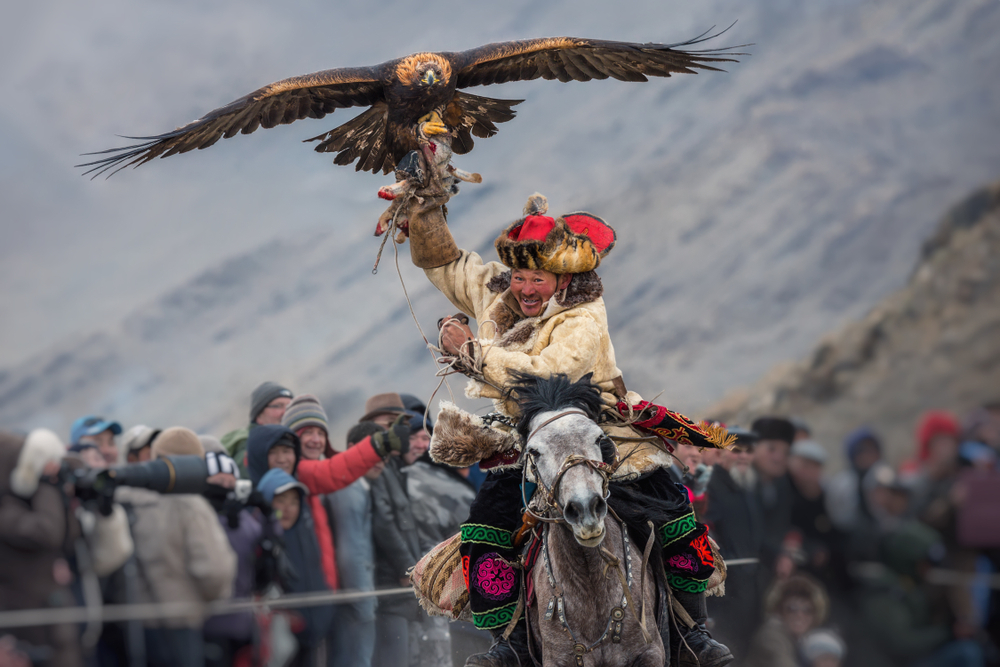