Search
HomeLivingSlow Down — Camera Ahead!
Living

Slow Down — Camera Ahead!

Save yourself from a speeding ticket with this list of police speed camera hotspots. 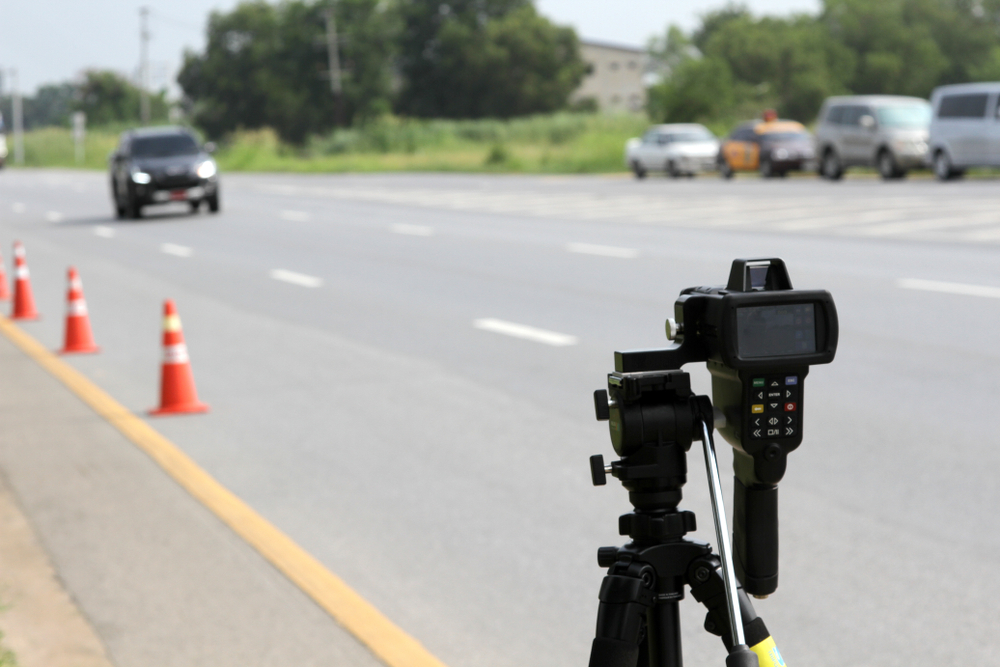 Most fixed speed cameras are placed in locations obvious to drivers, but the police speed laser camera (PSLC) is one that most people miss. Since they have to be manned by Traffic Police (TP) officers, where and when they are deployed can vary. They are usually more discreet as well, so they can catch speeders when they least expect it. Here are a few of the most common laser speed camera locations that you should be wary of. In general, PSLCs are mostly deployed during rush hours.

CTE TOWARDS SLE
Overhead bridges are the perfect vantage point for Traffic Police officers to spot speeding vehicles, and the overhead bridge on the CTE just after Ang Mo Kio Avenue 1 is a frequent point of perch for TP officers. You don’t need to catch a glimpse of the officer and his camera during rush hour — just slow down around the area, particular on Wednesdays between 9am and 11.30am!

PIE TOWARDS TUAS
As Singapore’s longest expressway connecting the East to the West, the PIE is one of the most utilised roads. But, it also means that there is a huge risk of getting caught by speed cameras. As you head towards Tuas, there is an overhead bridge before the Adam flyover, where TP officers like to park themselves. They may be hard to see as the foliage obscures them. Be just as careful if you are headed in the opposite direction towards Changi Airport, as you never know which way the police officer will be facing!

BKE TOWARDS WOODLANDS CHECKPOINT
Similar to the PIE, this single location targets traffic coming from both directions. When you see the Eco-Link@BKE, remind yourself to watch your speed as TP officers will be stationed just below the bridge. You will want to be especially cautious on your Friday morning commute to work.

UPPER THOMSON ROAD
Upper Thomson Road may not be as large a throughway as the PIE, but just after Island Club Road is an overhead bridge that the TP like to stake out. Don’t be fooled by the quiet roads and take extra precaution when you pass this point.

LORNIE ROAD TOWARDS ADAM ROAD
This is another spot located on an overhead bridge. You will see it right before the start of Lornie Highway if you’re headed towards Adam Road. Watch out for the same bridge if you are on Lornie Road heading towards Braddell Road, as officers may be facing either direction.

COMMONWEALTH AVENUE WEST
As you pass Dover MRT station in the direction of Commonwealth Avenue, there is an overhead bridge connecting the MRT Station to the bus stop opposite. Other than servicing commuters, this spot is another PLSC location.

Having this list of camera locations does not give you licence to speed elsewhere in Singapore! For the benefit and safety of all road users — including you and your loved ones — always keep to the speed limit while you are behind the wheel.

Increasing speed makes very little difference in travelling time.  For instance, on a 10km journey, driver’s average speed from 60km/hr to 65km/hr would only save 46 seconds.  However, the risk of a casualty crash approximately doubles with each 5km/h increase in speed on a 60km/h speed limited road as shown in studies from the National Health and Medical Research Council (NHMRC) Road Accident Research Unit.

— always keep to the speed limit while you are behind the wheel.