This year’s #3500LIVES campaign advocates the importance of responsible road sharing among all road users. 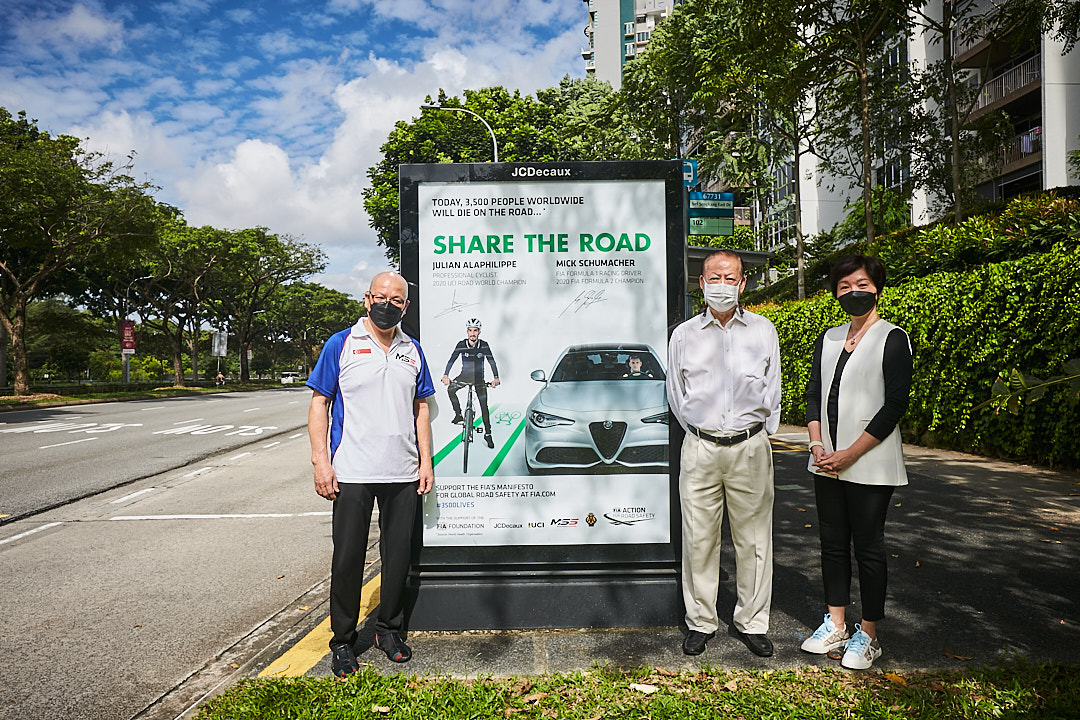 The #3500LIVES road safety campaign refers to the 3,500 lives lost daily to traffic accidents around the world. Since 2017, the campaign has been translated into 33 languages and displayed in over 1,200 towns and cities across more than 80 countries every year. The theme of this year’s campaign — Share the Road — highlights the responsibility all road users must bear in sharing roads.

Pedestrians, cyclists and motorcyclists today make up 54% of all road traffic deaths. The lack of dedicated infrastructure — such as bicycle lanes — in some countries leaves cyclists vulnerable to impact and injury. This year, AA Singapore invites all road users to obey the speed limits, slow down in reduced visibility conditions, signal their intentions in advance, and keep a safe distance. AA Singapore is also taking this opportunity to encourage drivers to be aware of bicycle paths, and ensure a safe passing distance when overtaking cyclists.

“With 1.4 million people killed and many more injured in road accidents each year, road safety is a real public health issue. As a key global player in urban travel and mobility, JC Decaux Group is committed to help make cities safer and to enhance the lives of citizens around the world,” asserted Ms Lee. “Since the start of our global partnership with the FIA in 2017, we have broadcast road safety messages in 80 countries on more than 139,000 JC Decaux panels globally. Through the billions of impressions we deliver worldwide daily, we hope to change peoples’ mindset and behaviour for the better,” she added.

Ms Lee felt that the theme, ‘Share the Road’, was particularly relevant in Singapore as the government is advocating active mobility and encouraging Singaporeans to walk and cycle more. Through this initiative, it is hoped that all road users, including pedestrians and cyclists, will play their part in making our roads even safer.

Following the launch of the visuals, AA Singapore will be running online campaigns to leverage and maximise the exposure of the Share the Road message. The campaign will be promoted on AA Singapore’s social media platforms, such as Facebook and Instagram , to showcase videos and road safety advocacy tips. To generate interest in the online sphere and create an ongoing conversation for the public, AA Singapore will be launching a Spot-and-Tag contest, where Members of the public who spot the #3500LIVES visuals at the bus shelters, can take a photo with it and tag AA Singapore on both Facebook and Instagram. In addition, to better advocate the meaning behind Share the Road, AA Singapore invites Members of the public to promote a safer road environment for all commuters through a TikTok Road Safety Jingle Challenge via the hashtag, #3500LIVES!