Who would have thought that the mooncake holds so much history, from legends that inspired its creation to its crucial role in a rebellion. Yet, the sweet snack is able to transcend tradition to adapt itself to thoroughly modern flavours.

The Mid-Autumn Festival is upon us again, and that means only one thing: mooncakes galore!

The huge diversity of mooncake flavours seems only to be getting bigger each year. Before we introduce you to some of this season’s freshest offers (with discounts for AA Members!), let’s look back at the humble beginnings of these sweet delicacies.

A LONG TRADITION
The mooncake can be traced as far back as the Tang Dynasty (618CE–907CE) in China. Back then, the roundness of the full moon was believed to be a symbol of family unity. This poignant image recalls the legend of Chang Er, the moon goddess, who ascended to the celestial body and could only be visited by her husband on the 15th day of the eighth month. To honour her, people would pray to the moon, offering mooncakes to family and friends as a blessing of unity. At night, families would sit outside to gaze at and admire the moon together. For refreshment, they would consume the delightfully sweet treats while sipping Chinese tea.

Beyond their celebratory purposes, mooncakes played a key role in a rebellion during the Yuan dynasty (1280CE–1368CE). They were used by the rebel leaders Zhu Yuan Zhang, Liu Bo Wen and Liu Fu Tong to send secret messages to their followers in order to stage a rebellion against the Mongols.

OF SKINS AND FILLINGS
In more contemporary times, a mooncake’s texture and filling varied according to the region of China it originated. The iconic golden-brown cakes that most of us know is the Cantonese style, which was brought to Singapore by Chinese immigrants from Guangzhou.

Typically filled with lotus paste and salted duck egg yolk, the dough would be pressed into moulds to give it an intricate pattern. It is then brushed with egg yolk and baked to a shiny

finish. Traditional bakeries in Singapore, such as Poh Guan Cake House in Hong Lim Complex and Tai Chong Kok in Chinatown Complex, have been making this style of mooncake since the 1930s.

Made with glutinous rice and served cold, the snowskin style of mooncake originated in Hong Kong in the 1980s. It soon made its way to Singapore, where it was and remains a big hit. Since the snowskin’s arrival on our shores, local chefs have been continually cracking their heads for new and interesting flavours for both the skin and the filling.

Taste the sweetness of honey in handmade Snowskin mooncakes from The Forage Café. Be amazed by the wide range of special flavours from their Artisan (Non-Alcoholic) and Connoisseur (Alcoholic) selections. Winners from our AA giveaway had the opportunity to enjoy this amazing mooncake treat with their family and friends. 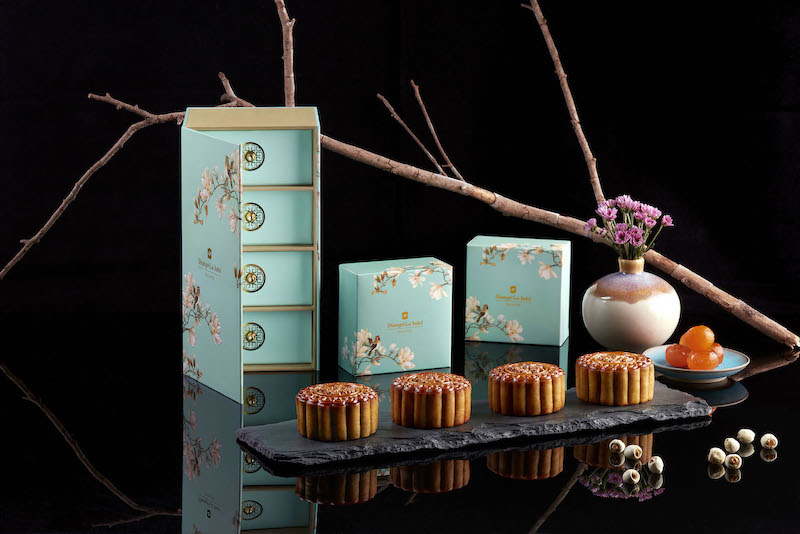 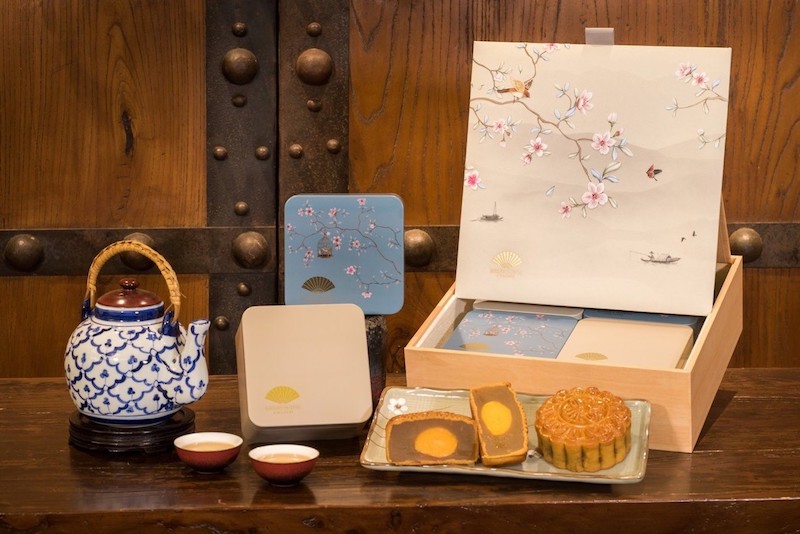 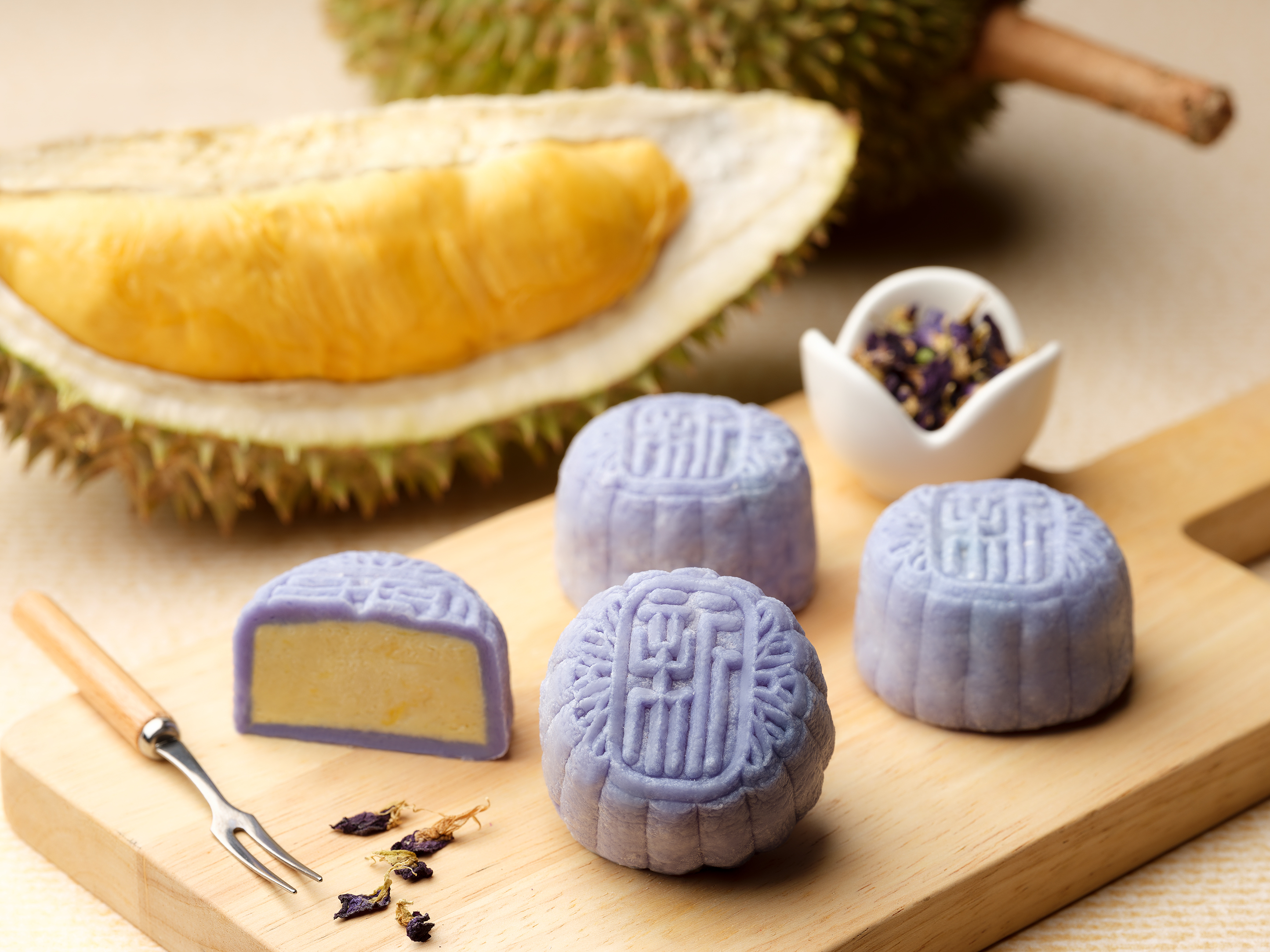 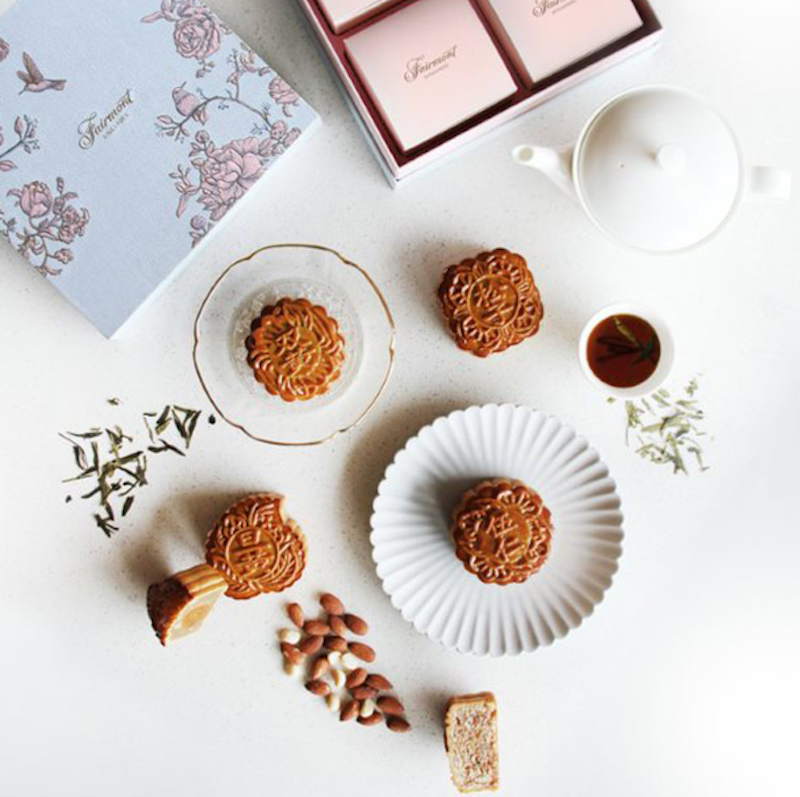 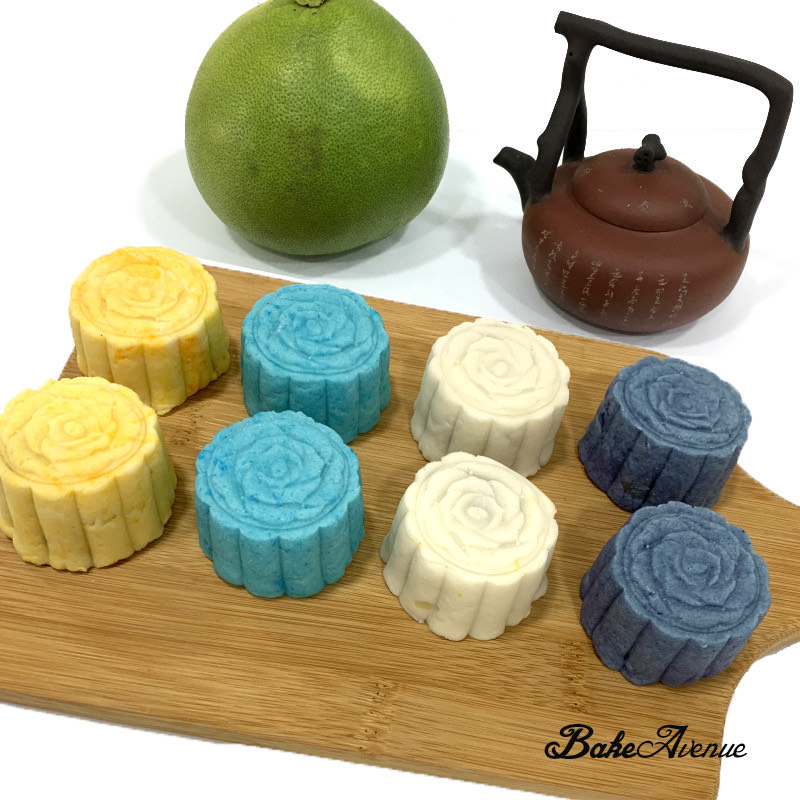 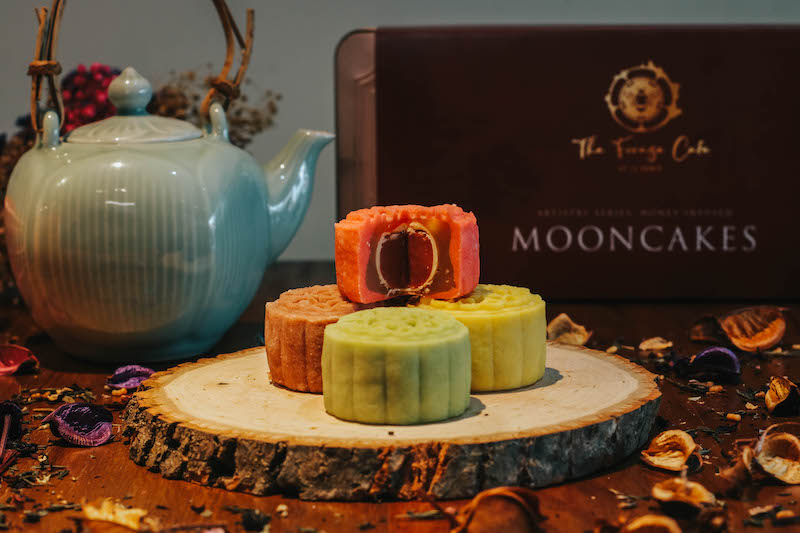 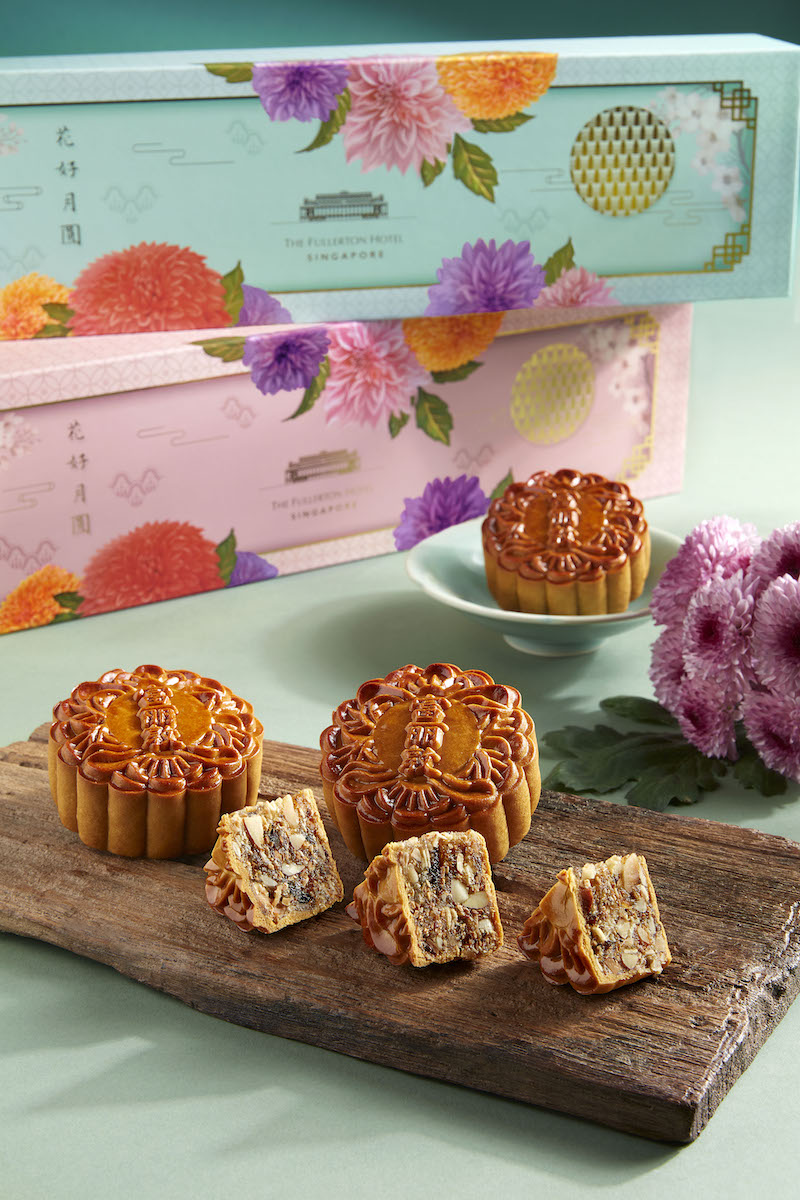 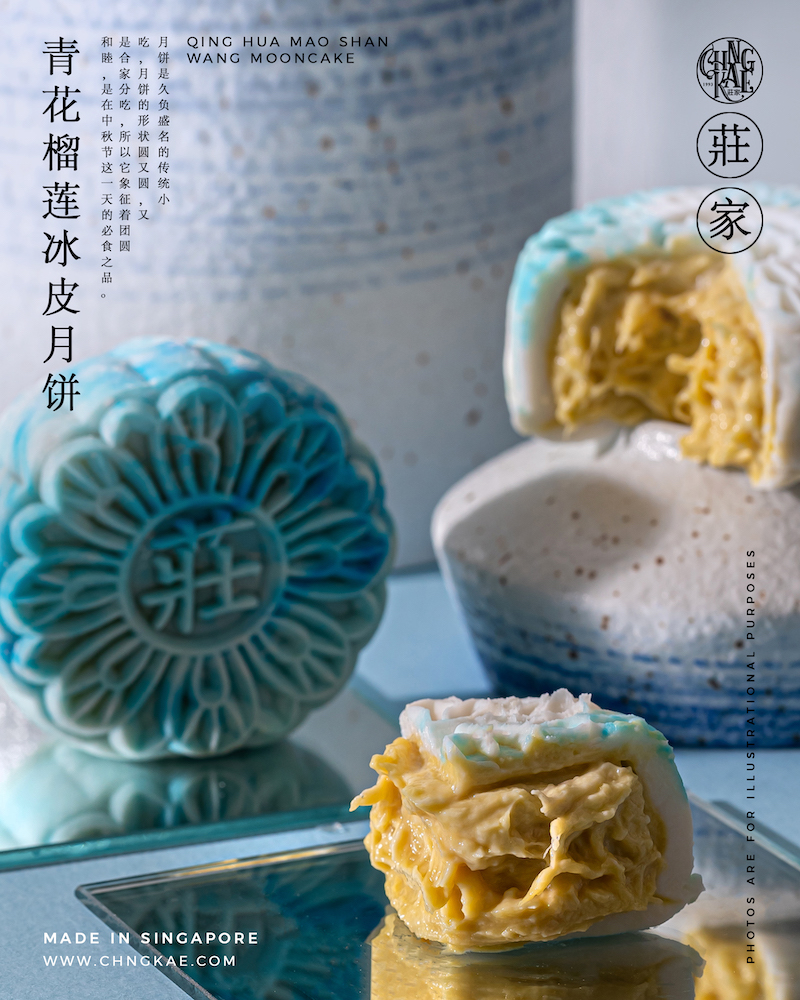 So rich in history and yet so adaptable to modern preferences, it’s no surprise that mooncakes are still widely consumed. They also make popular gifts for loved ones and clients. Take advantage of these offers and order yours now !