There are many legends as to why the Chinese do what they do during the Lunar New Year season. This is the story of how the method to repel a monster led to the loud and colourful festival that CNY is renowned for. 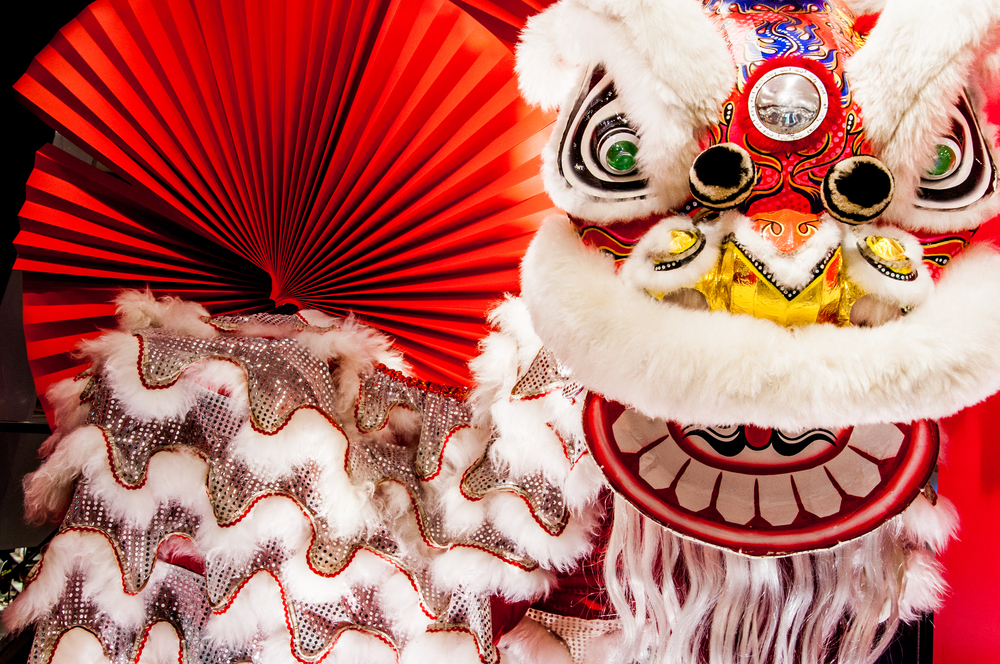 The origin of numerous Chinese New Year traditions can be traced to the legend of the Nian, a monster that lived in the depths of the sea. Every Lunar New Year’s eve, it would emerge from the sea, hungry for people and livestock. This forced the villagers to flee to the mountains.

One year, an old man visited the village. He was fed by an old lady, who warned him to flee before the monster’s arrival. He declined, and remained in her house instead. He then pasted red paper all over the door and windows, lit candles within the abode, set off firecrackers, and appeared before the Nian dressed all in red, scaring the creature and causing it to retreat back into the watery depths.

Since then, this season is referred to as ‘Guo Nian’. Fireworks are commonly set off  (though not in Singapore, which has banned them for safety reasons), homes are lit with lanterns, red couplets hung on doors, and people make it point to dress in red.

OTHER TRADITIONS
Besides the practices attributable to the story of the Nian, there are many other traditions associated with how the Chinese observe the Lunar New Year.

For example, spring cleaning, which is done to appease the Kitchen God, is among the must-dos before Chinese New Year. Homes are often decorated with pussy willows, as its Chinese name yin liu, sounds like “money flowing in”.

Of course, during the season, married couples hand out hong bao, or red packets, to their parents, children and single adults as tokens of good fortune. 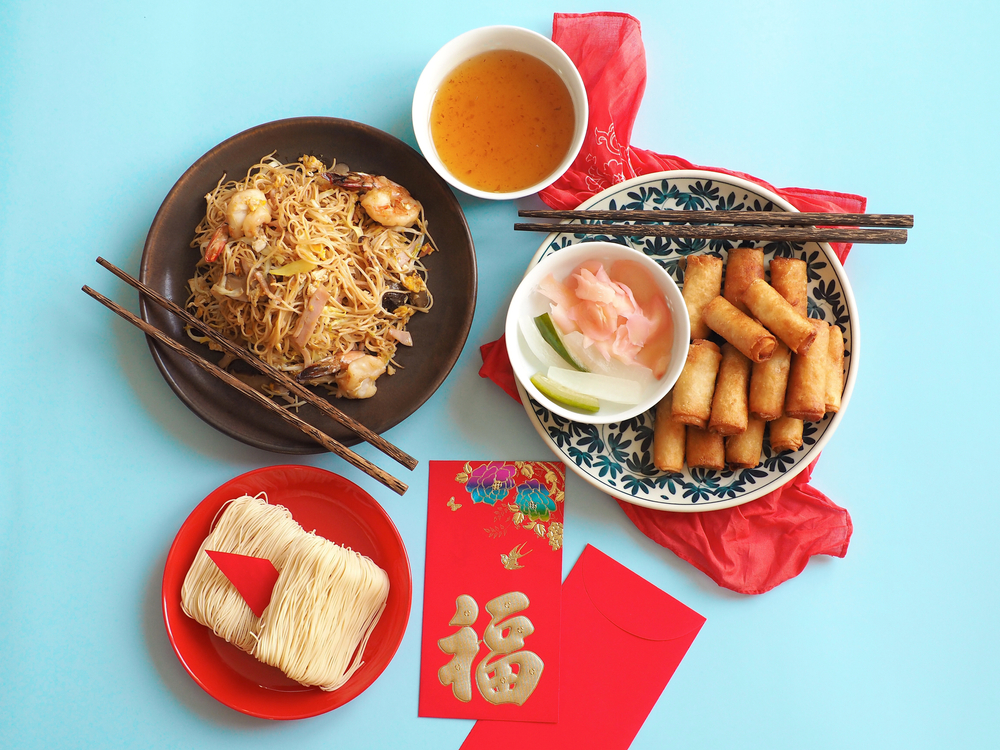 AUSPICIOUS FOODS
A major source of traditions is the foods that are consumed during the season.

A family reunion dinner is a highlight of the celebrations. Held on the eve of Chinese New Year, the feast features exceptionally long noodles, called chang shou mian, which symbolises longevity. Dried sea moss, fa cai, is an essential dish as its name sounds similar to “prosperity”. A whole fish is also a staple during the dinner as yu in Mandarin is a homophone for “surplus”. It is customary to eat only the middle of the fish and leave the remaining parts to be consumed the next day as this symbolises an overflowing of the surplus into the future.

On Chinese New Year’s day, Mandarin oranges are exchanged. This is because the Cantonese pronunciation for giving oranges, song gam, is the same as “giving gold”.

The Mandarin orange is also considered auspicious because of its golden colour, which is believed to attract wealth.

Another symbolic fruit found in most houses during the season are pomelos. The word for pomelo in Chinese rhymes with “to have”, symbolising abundance and prosperity. The Chinese believe it is important to have at least one pomelo in the house for decoration; a pair of them is even better, as good things tend to come in twos.

SPECIALLY FOR AA MEMBERS
We are pleased to present to Members these exclusive deals for the upcoming Lunar New Year! To find out more about these promotions, visit our website today!