Since they took off from London the day after National Day, the convoy has been busy making their way across Europe. But they did make time to have dinner with a VIP in Austria! 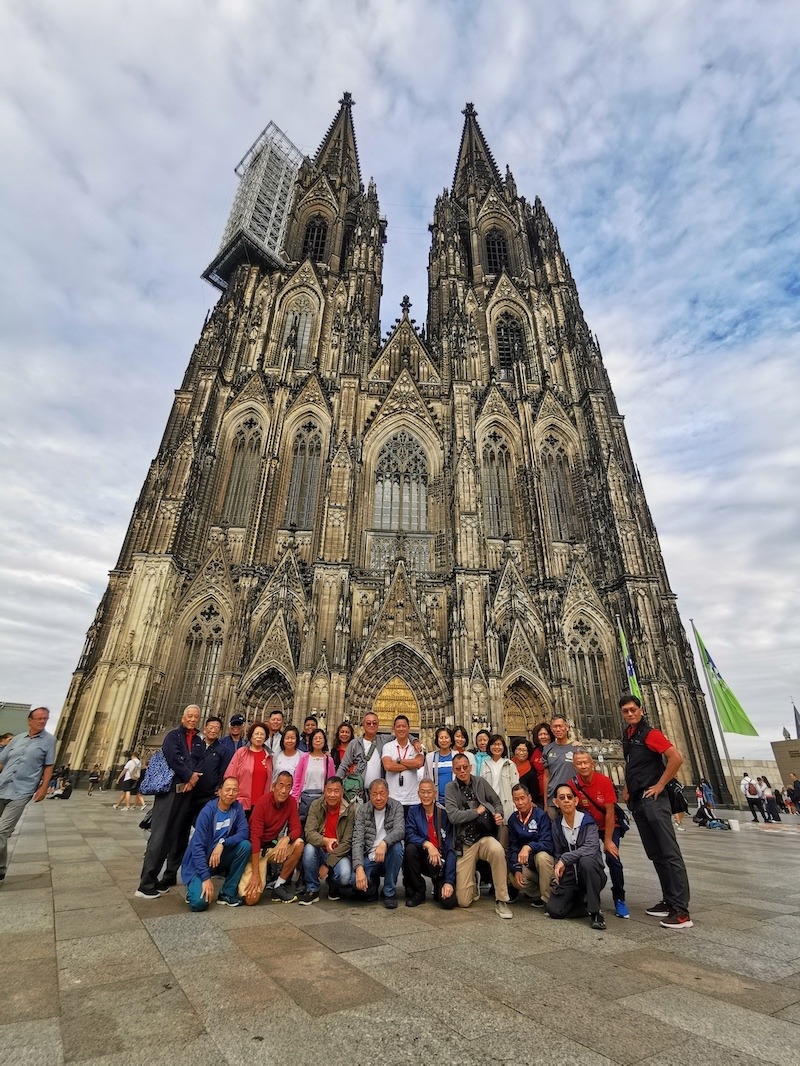 Canterbury, UK, to Cologne, Germany (530km)
The AUTOVENTURETM convoy left London on 10 August for Canterbury, the city made famous by Chaucer’s The Canterbury Tales. They spent one night in the UNESCO World Heritage Site-listed cathedral city, a major Christian pilgrimage site in medieval times. The next day, they headed a few more miles southeast to the coastal city of Dover to catch a ferry to cross the English Channel.

They arrived in continental Europe in the French port city of Calais. From there, they continued their eastward drive through France and Belgium before arriving in the German city of Cologne, where they made an overnight stop. While on a well-deserved break, the group took the opportunity to visit the city’s world-famous cathedral. A UNESCO World Heritage Site, this spectacular piece of Gothic architecture was started in 1248 and wasn’t completed until 1880! No wonder it is Germany’s most-visited landmark.

Staying within the borders of Germany, the drive saw the convoy heading south for the city of Baden-Baden, well known as a spa town in the Black Forest region of the country. 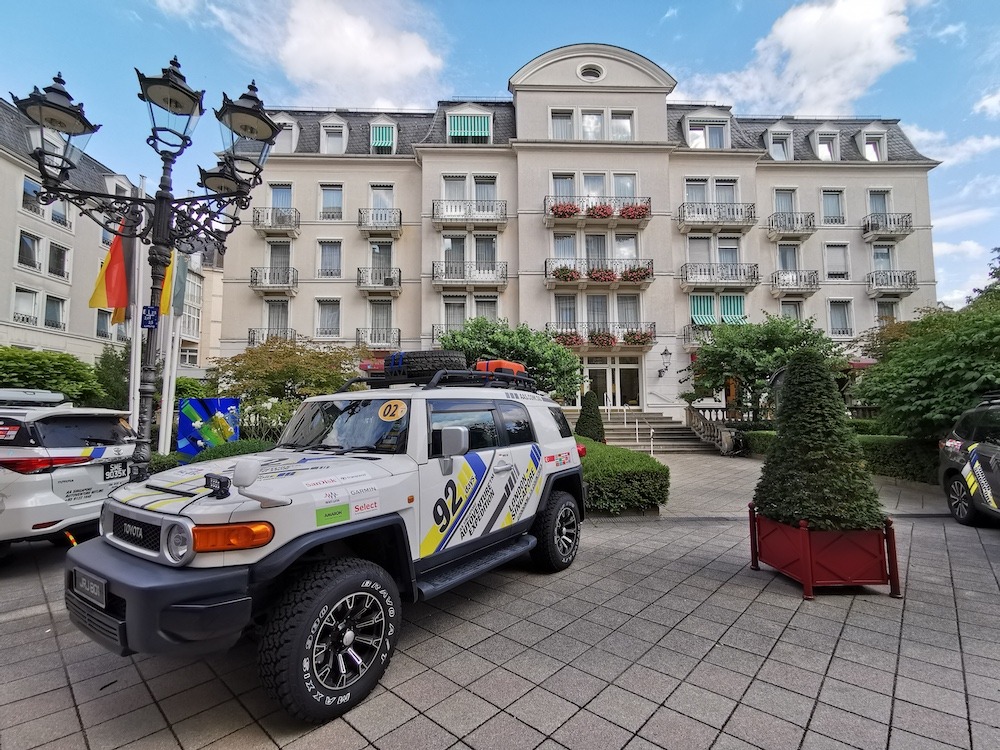 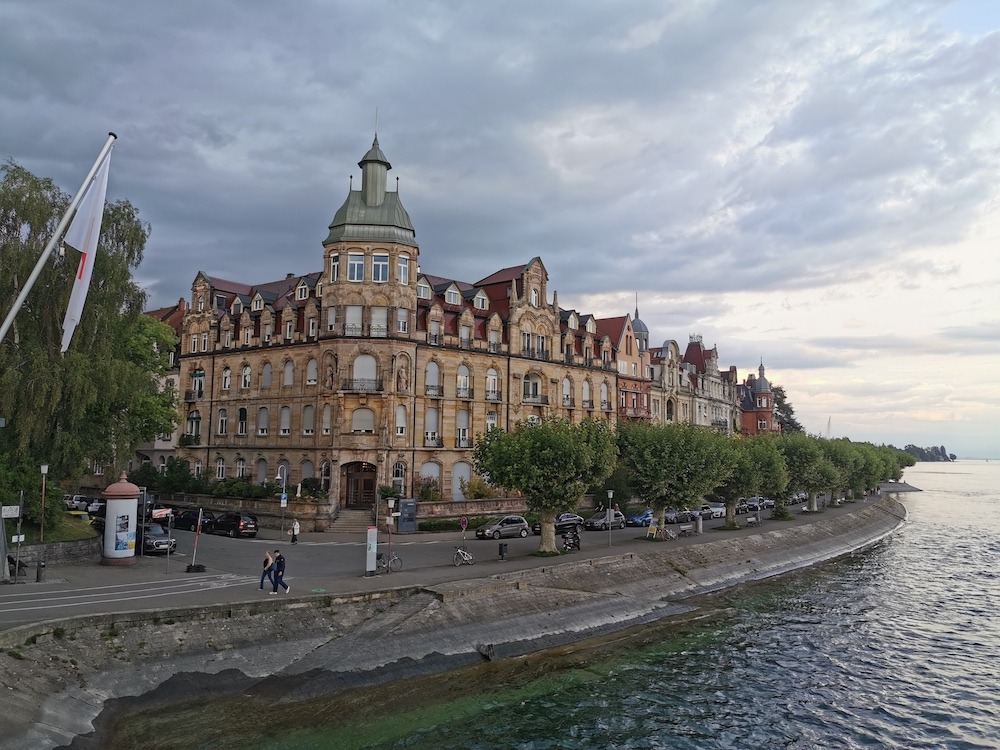 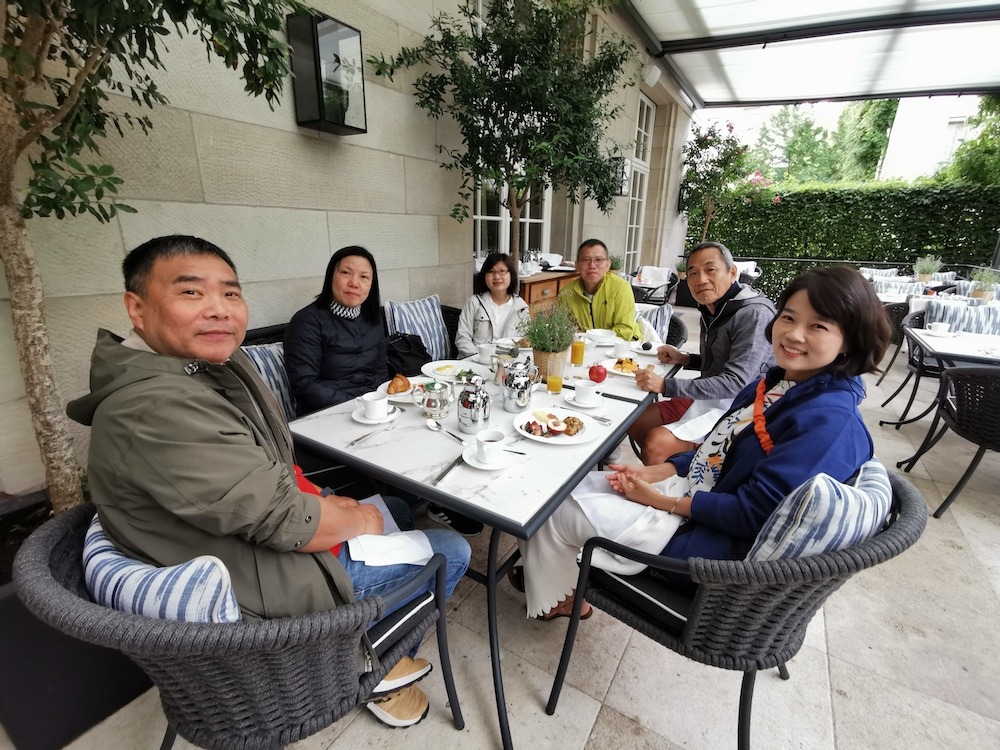 After overnighting in Baden-Baden, it was time to drive through the scenic Black Forest towards the university town of Konstanz, which sits on the western edge of Lake Constance. This lake is important geographically because the Rhine, which starts in the Swiss Alps, enters it with a small volume, but leaves it considerably larger, flowing under a bridge connecting the two parts of the city. The convoy also visited Peterhausen Abbey, located in the Peterhausen district of Konstanz. The abbey boasts magnificent frescoes and ornaments in wood, silver and gold — as well as the enshrined head of Pope Gregory I!

For car enthusiasts on the trip, today has got to be one of the most anticipated of the whole trip. After all, Munich is the home of BMW! But before reaching the capital of the German state of Bavaria, they first took a ferry to reach Meersburg, a town on the eastern side of Lake Constance. 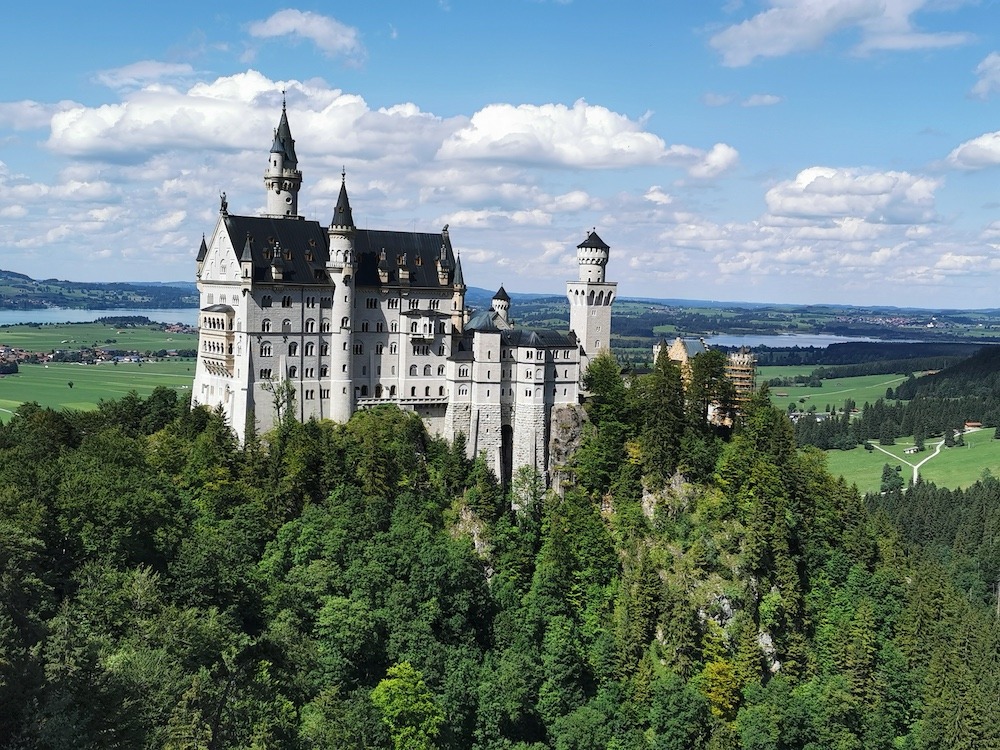 From Meersburg, they set off east for about 80km towards Neuschwanstein Castle, probably the most romantic castle in Germany. The Romanesque Revival palace was the inspiration for the castle you see at the start of every Disney movie and cartoon! 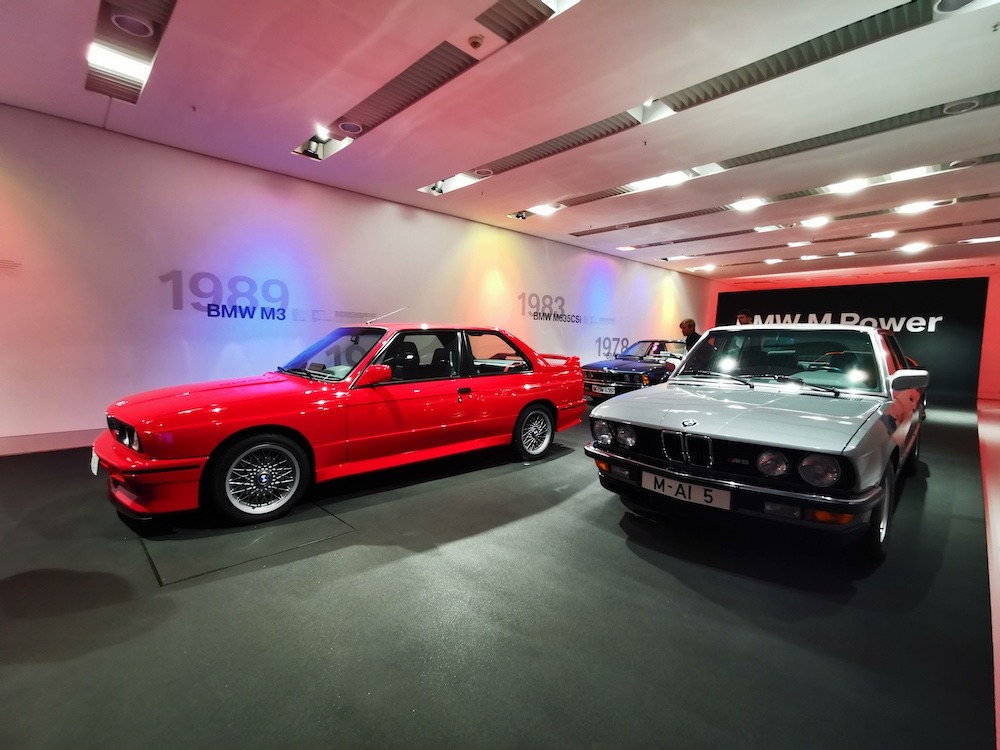 From this fairy tale-like castle, it’s a two-hour drive northeast to the city of Munich. Once they reached the BMW Museum at Olympia Park, convoy members ecstatically rushed from display to display! 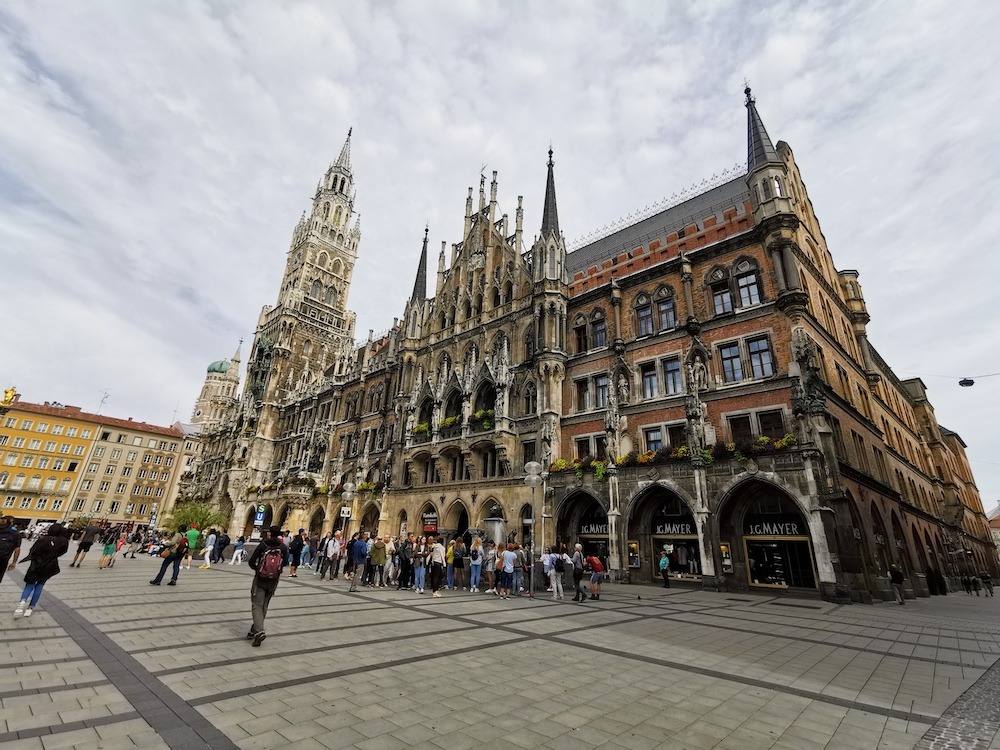 They also visited the heart of the city, a square called Marienplatz, which has been the city’s main square since 1158. 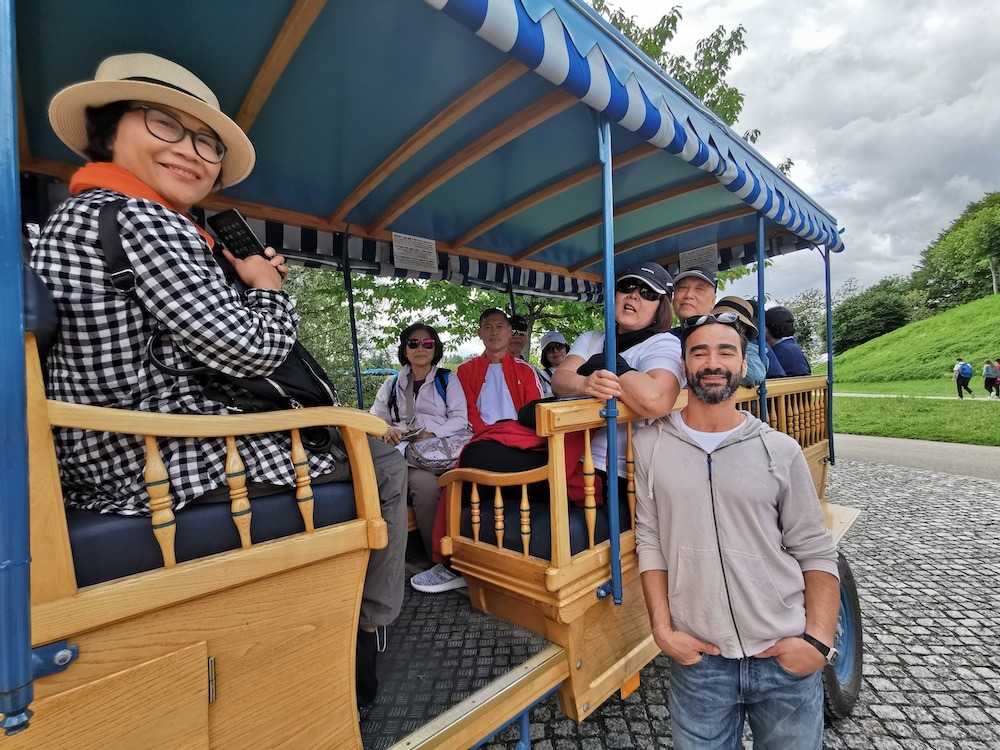 After making its way out of Germany, the group set a course towards the Austrian city of Salzburg. Along the way, they headed to the beautiful Chiemsee lake and took a ferry to explore the islands in this body of water. After a satisfying lunch on the islands, they continued on their road trip and reached Salzburg, the birthplace of the composer, Mozart. 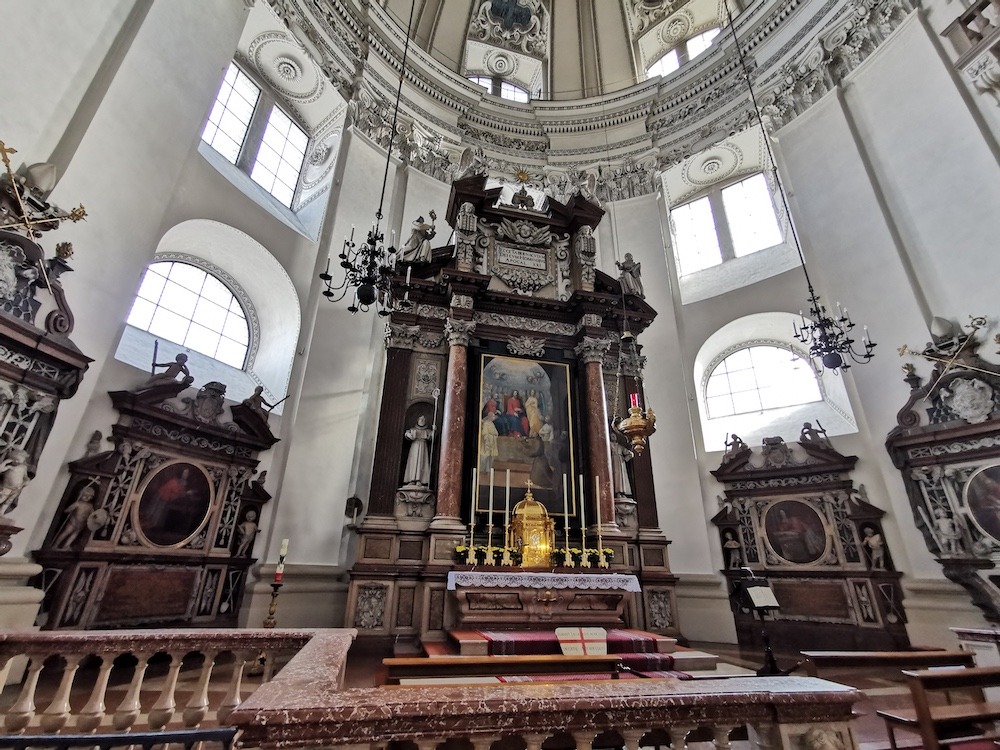 In fact, the convoy paid a visit to the church where Mozart was baptised: Salzburg Cathedral. A masterpiece of early baroque architecture and a UNESCO World Heritage Site, the cathedral has been struck by no fewer than 10 fires, and has been rebuilt three times over the centuries. 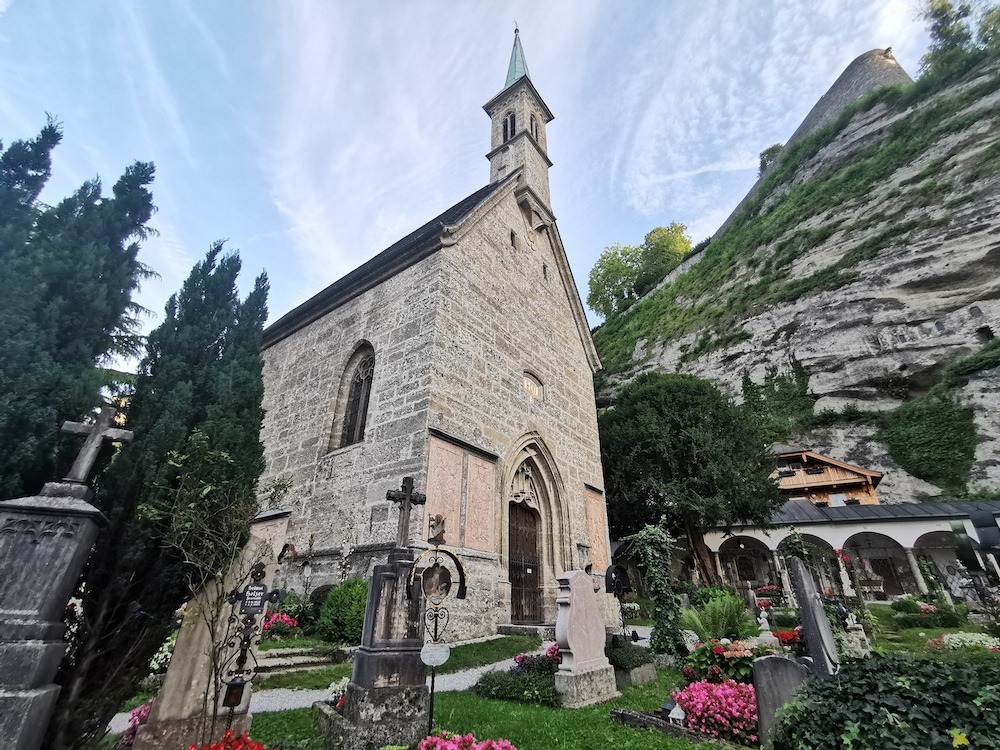 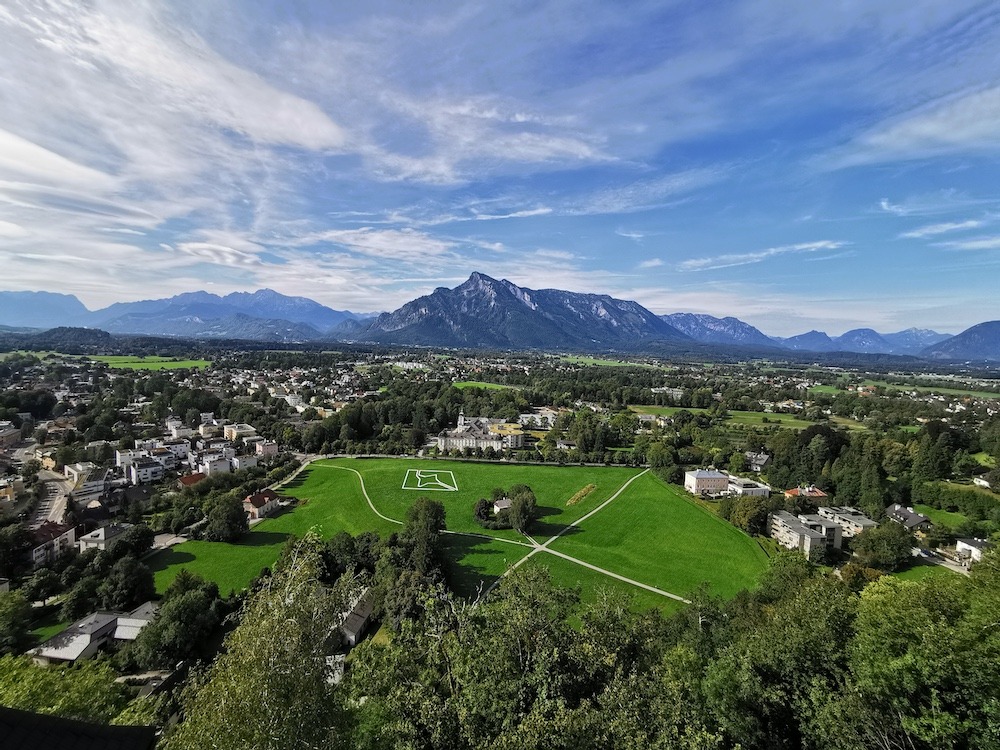 The team also went to Hohensalzburg Fortress, the emblem of Salzburg. The biggest fully preserved castle in Central Europe, it draws millions of tourists every year. 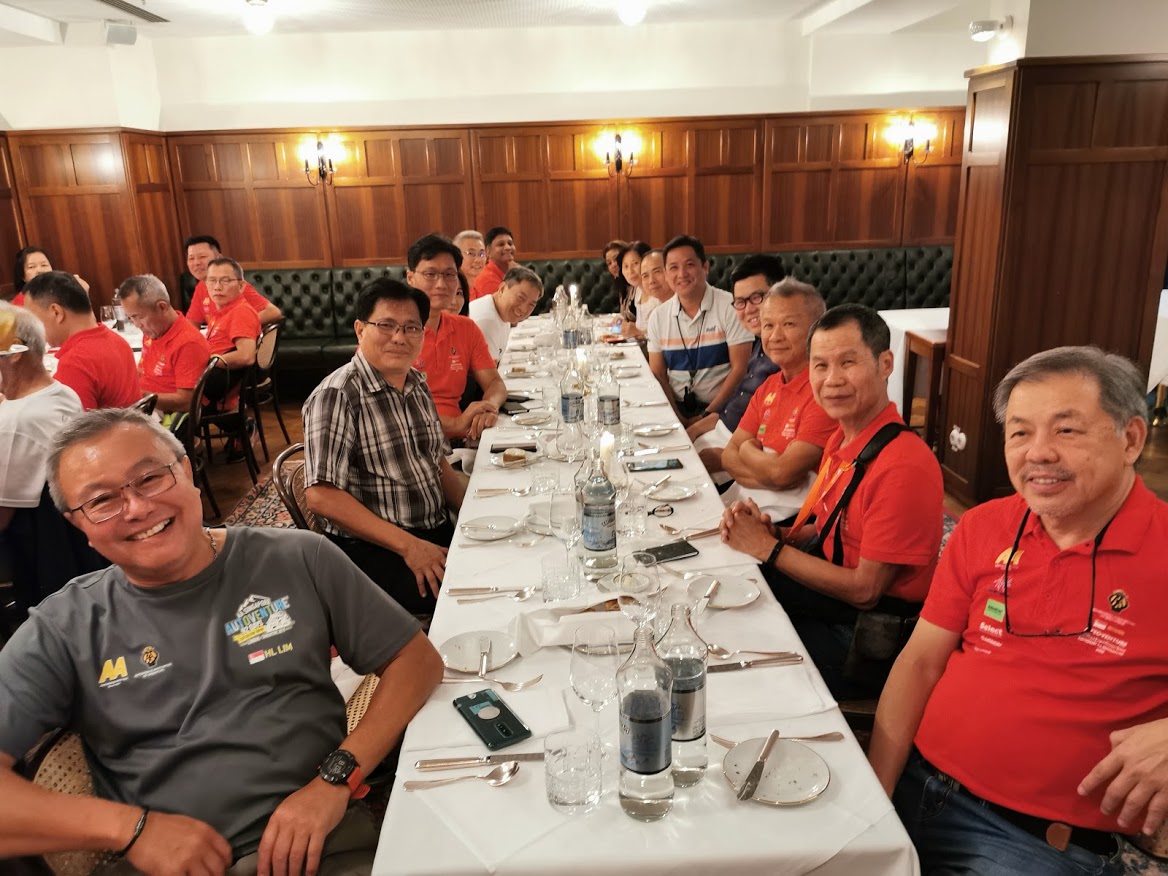 That evening’s dinner was extra special, as the team was joined by a special guest: Mr Rayner Gan, First Secretary of Singapore’s Permanent Mission to the United Nations Office and Other International Organisations in Vienna. 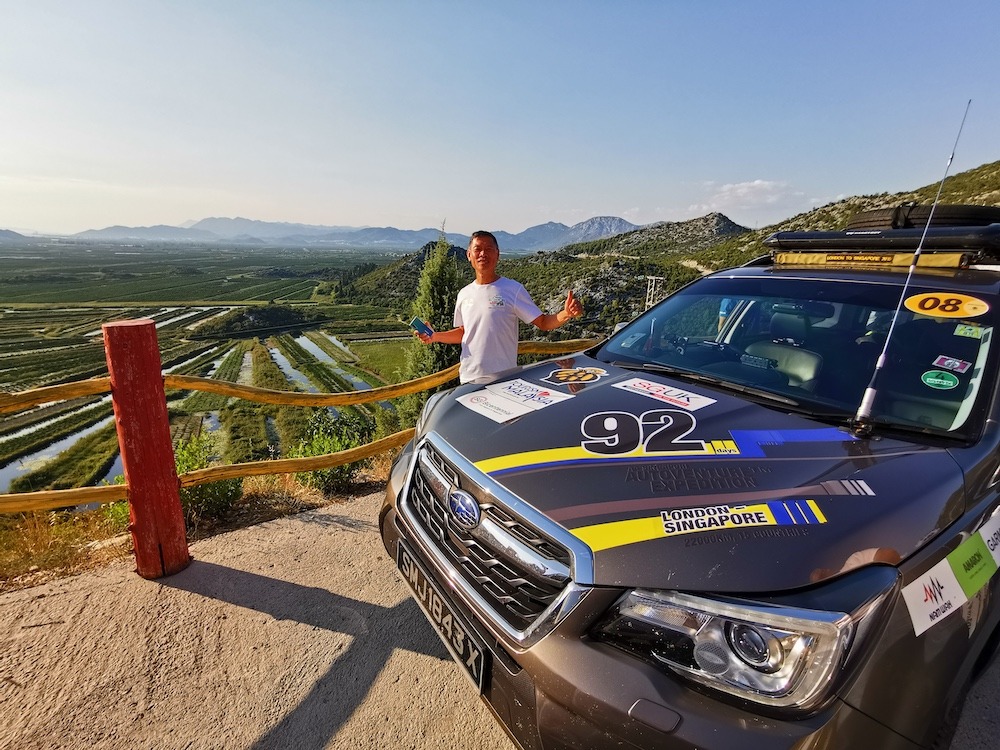 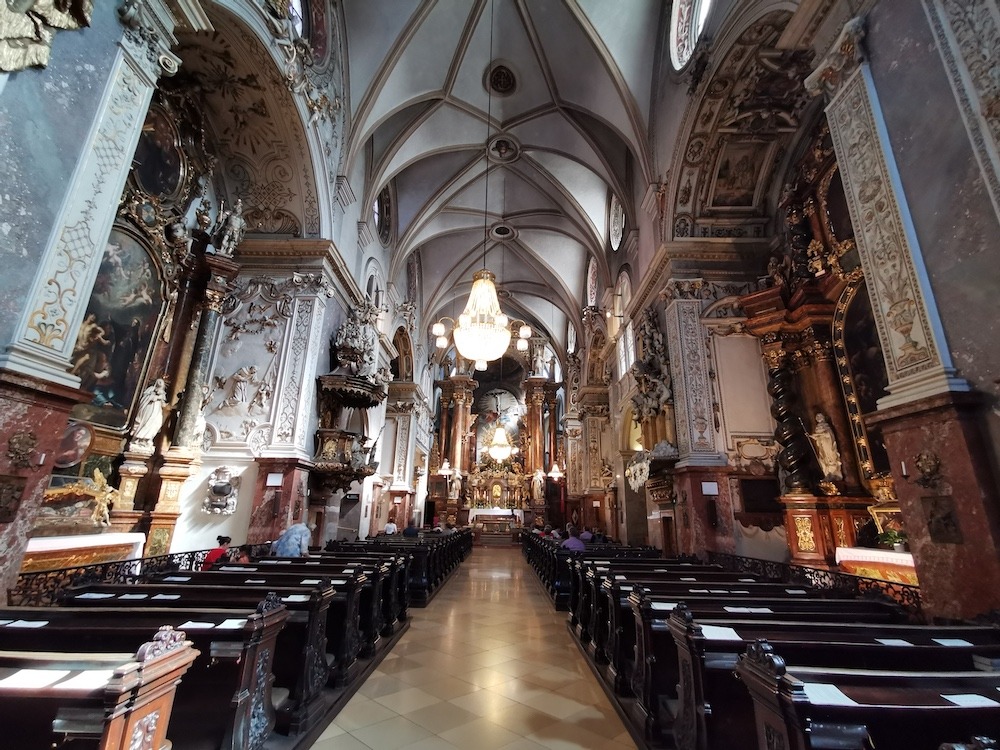 While in Vienna, the capital of Austria, the convoy visited the Franciscan Church. While its exterior featured Renaissance architecture, the interior was pure Baroque and boasts the oldest organ in the city.

Next up was Zagreb, the capital of Croatia, a newish country formed from the breakup of Yugoslavia. The city is a transport hub for Central Europe, Southeast Europe, and the Mediterranean. 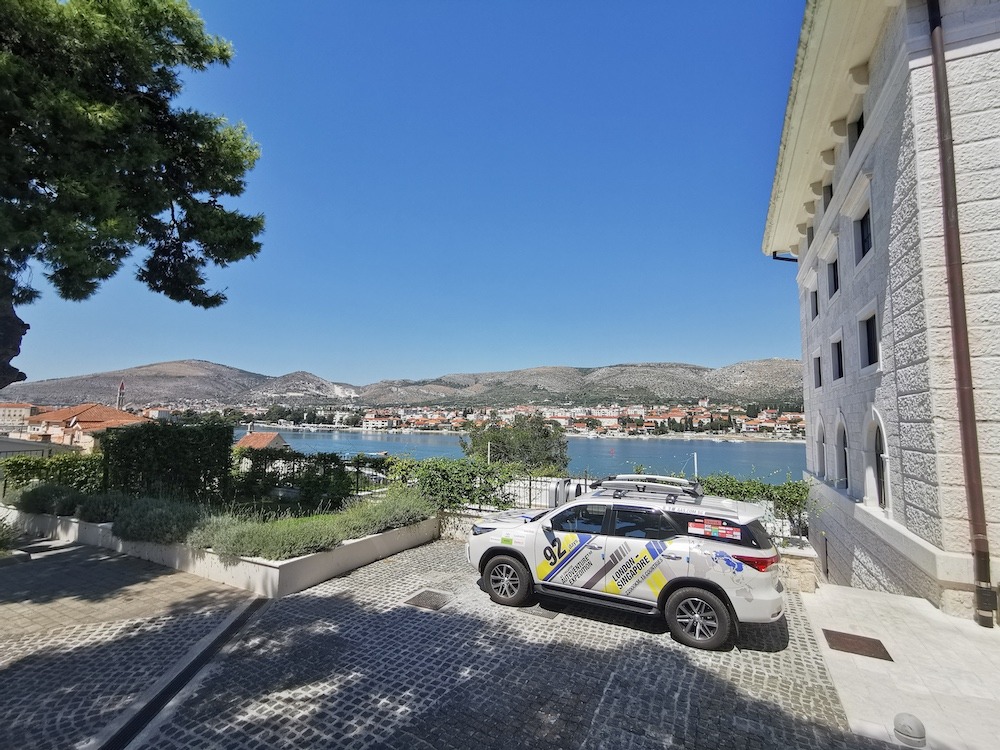 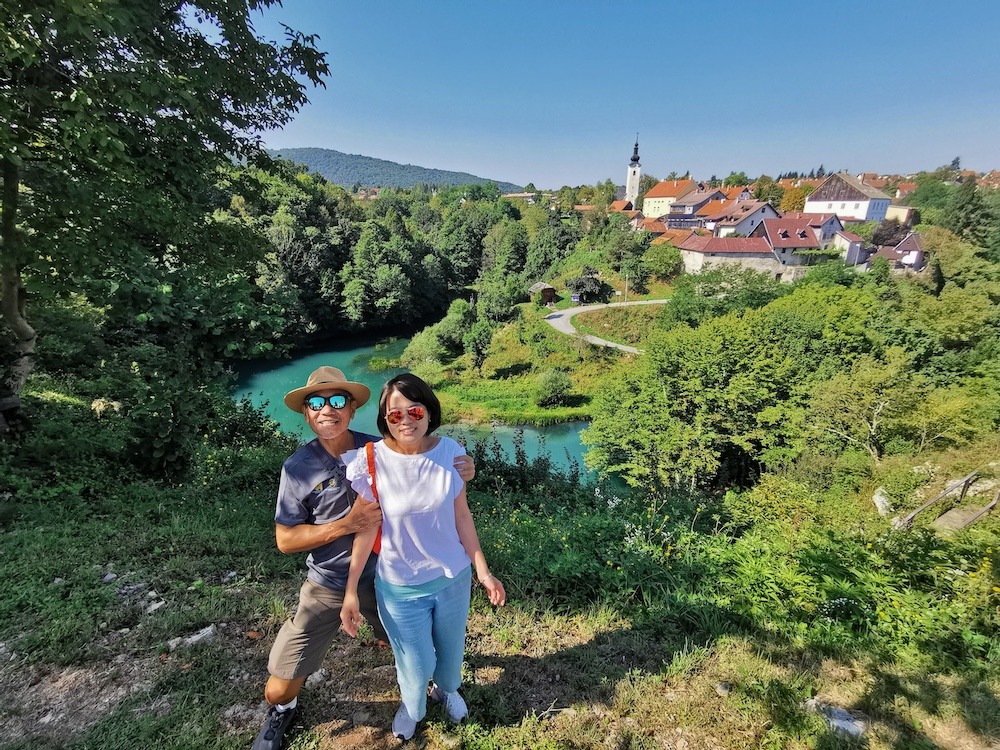 Zagreb to Trogir (380km)
After spending the night in Zagreb, the convoy continued south towards the city of Trogir, which lies next to the Adriatic Sea. The historic centre of the city is a UNESCO World Heritage Site. Trogir’s medieval core is surrounded by a series of buildings from the Romanesque, Gothic, Renaissance and Baroque periods. 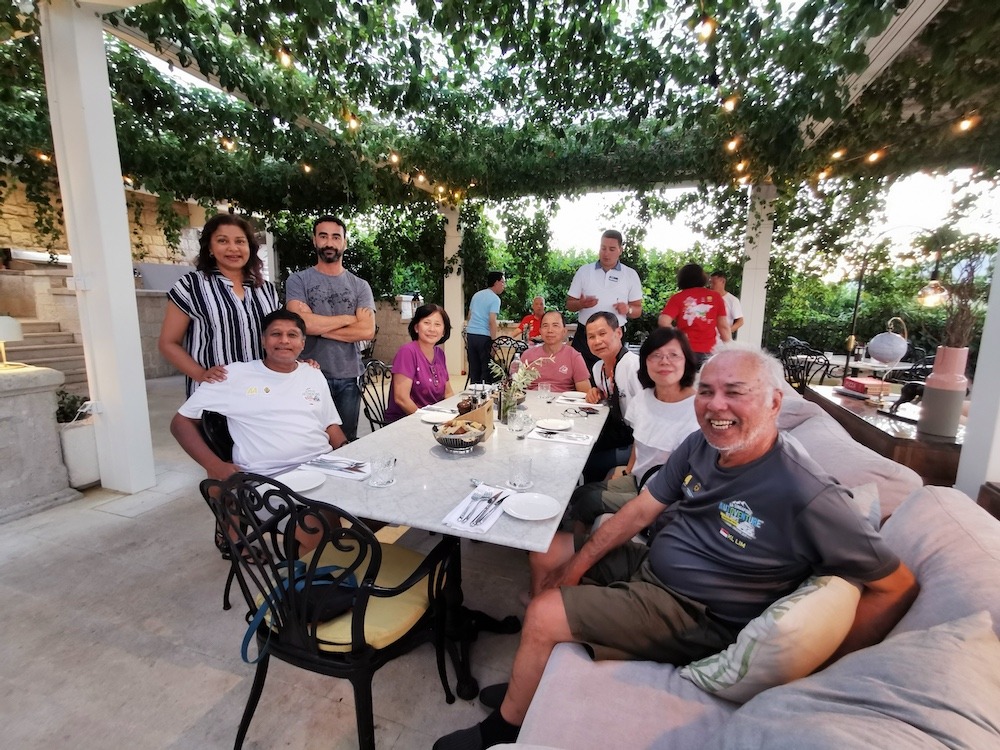 From Trogir, the team did a day trip up the coast to the city of Zadar, where they viewed the Zadar Walls. This was a defence system that the Venetian empire — of which Zadar was then part — built to protect the city against the advances of the Ottoman empire. Outside of Venice, Zadar was the Venetian empire’s most important naval base. With its strategic position on the Adriatic coast, Zadar was also a vital trading centre. Although its function was military, the Walls are richly decorated with images of the Venetian winged lion and the Zadar’s patron saint, St Chrysogonus. 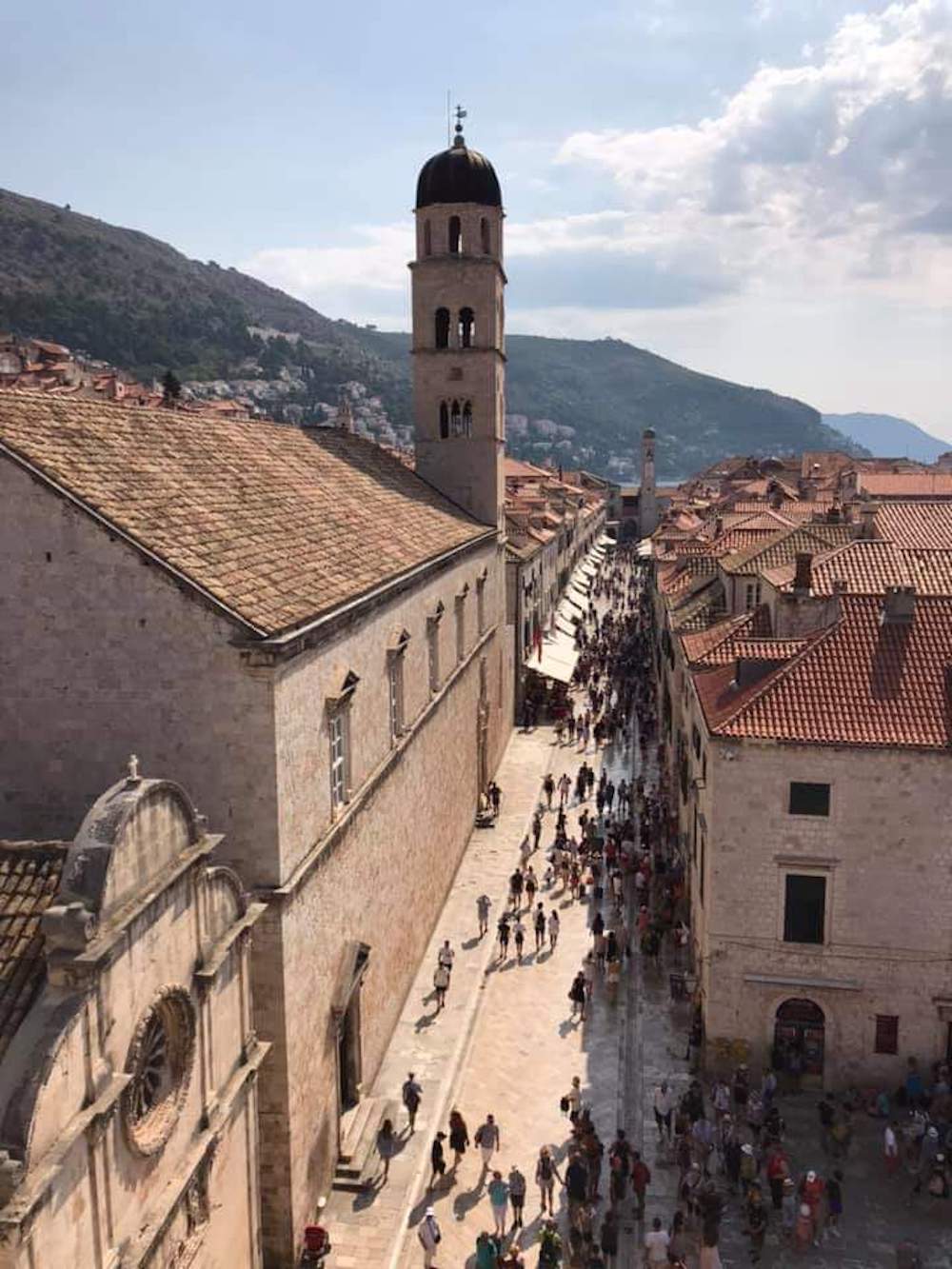 Continuing down the Adriatic coast, the convoy set off towards Dubrovnik. Passengers on the right side of the car had the best views, taking in the gorgeous blue waters of the Adriatic sea and the little villages at the base of cliffs. 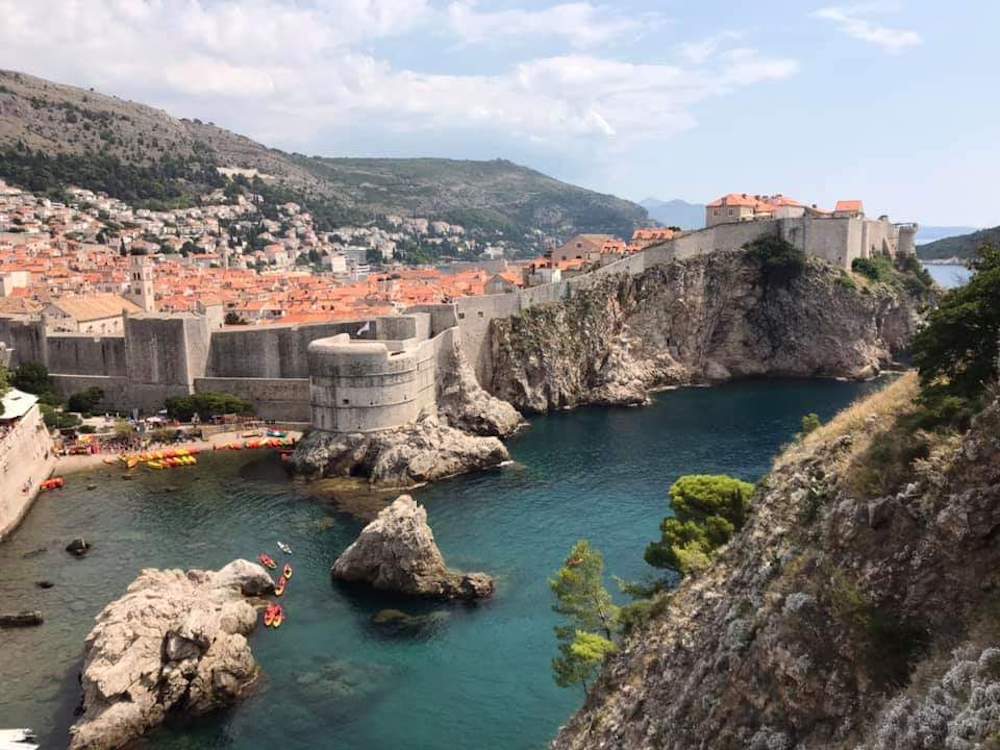 Dubrovnik, with its fantastic 2km-long sea walls surrounding an old city, was featured in the television series Game of Thrones as a stand-in for the fictional city of King’s Landing. 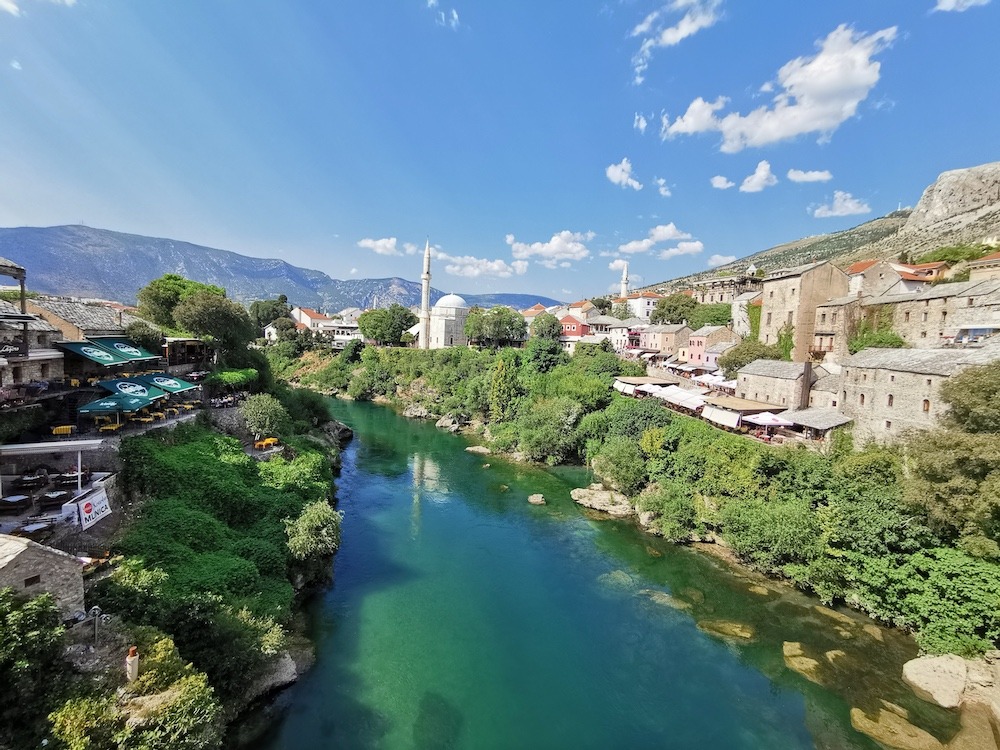 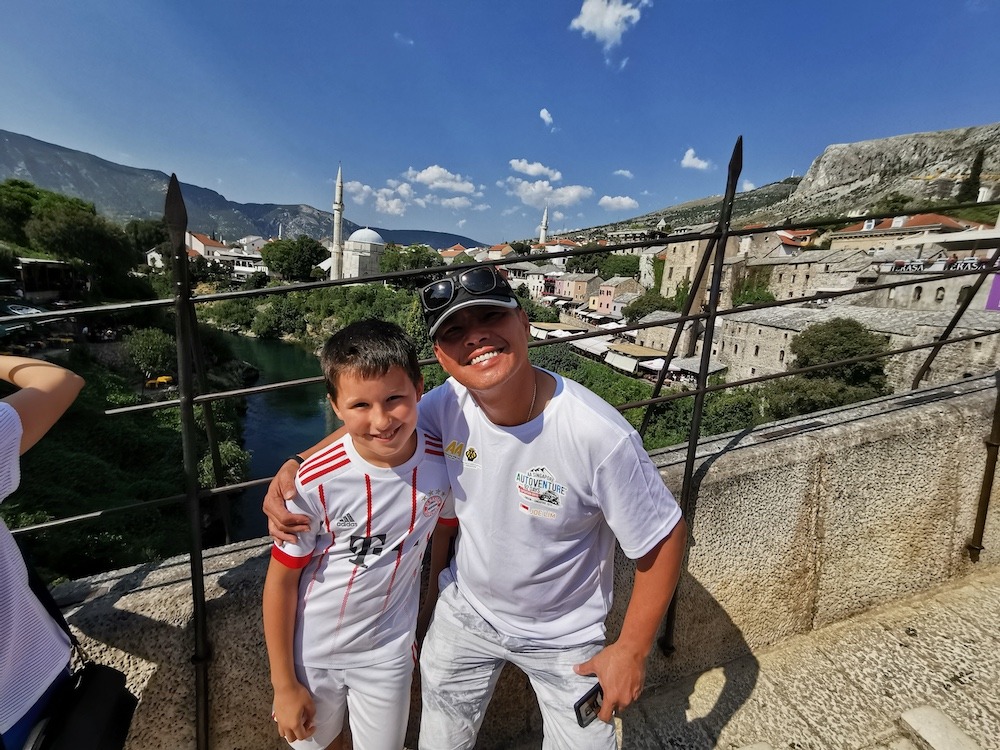 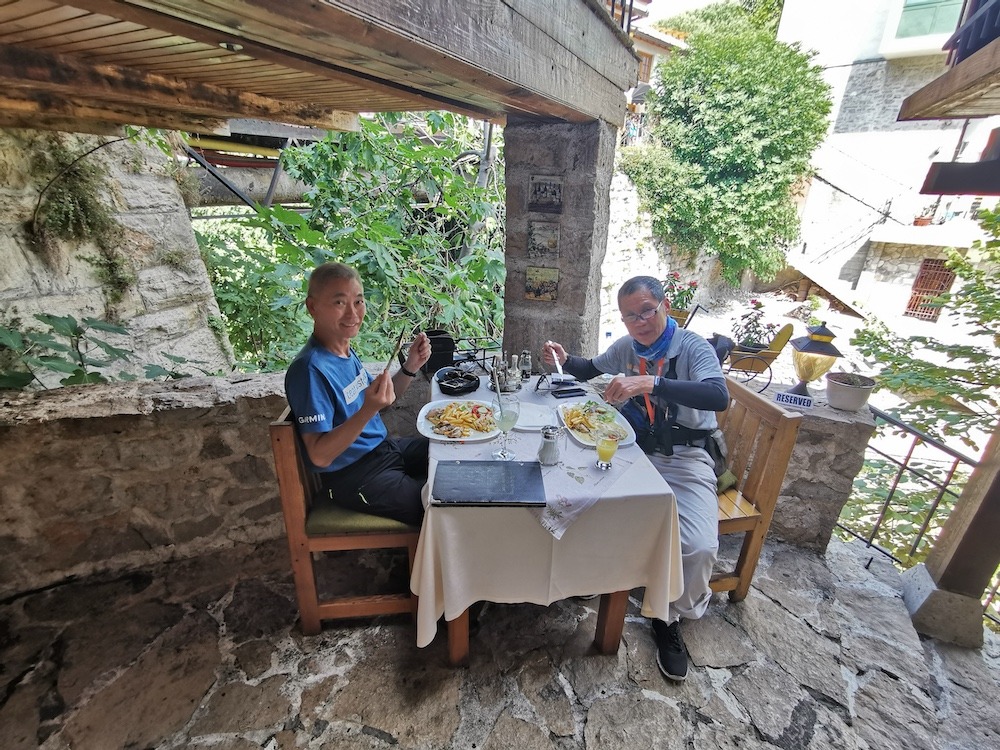 The convoy also ventured into the city of Mostar, which lies in the country of Bosnia-Herzegovina. The drive there took about two and a half hours. The city straddles the Neretva River, and the arched bridge linking the two sides, the Stari Most, is the symbol of the city. The original bridge, built by the Ottomans in the 16th century, was considered one of the finest examples of Islamic engineering and architecture. It was destroyed in the Yugoslavian conflict of the 1990s, and reopened in 2004 after 11 years of reconstruction.

The convoy travelled through the above four countries in 15 days. Don’t forget to tune in to the next update, when the convoy enters the isolated country of Albania.

Staying Dedicated and Committed in the Road Ahead