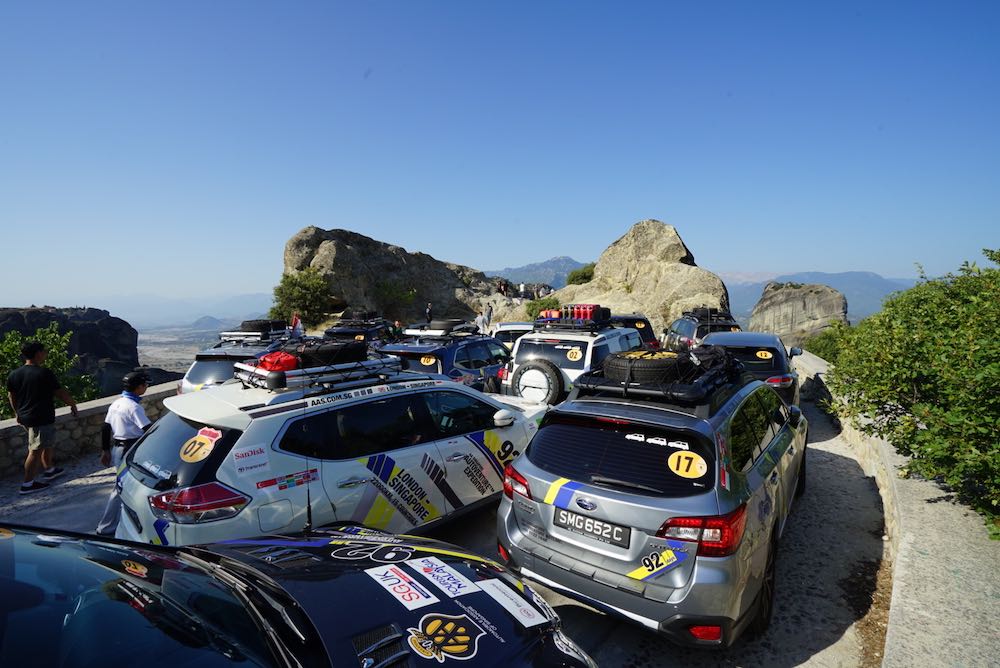 In our last report, our intrepid travellers were heading into the country of Albania. This instalment covers their drive from that isolated country up to the borders of Iran, which is well and truly in the Middle East. Dubrovnik, Croatia, to Kalambaka, Greece (630km)
In order to get on the road to Tirana, the capital of Albania, from Dubrovnik, the convoy had to drive approximately 65km to get on a ferry from Montenegro to Kotor. Once in Tirana, they took the opportunity to rest for the night.

The next day, participants explored the city and discovered that the people of Tirana were curious and welcoming of visitors from other nations after years of living under an isolationist communist government. 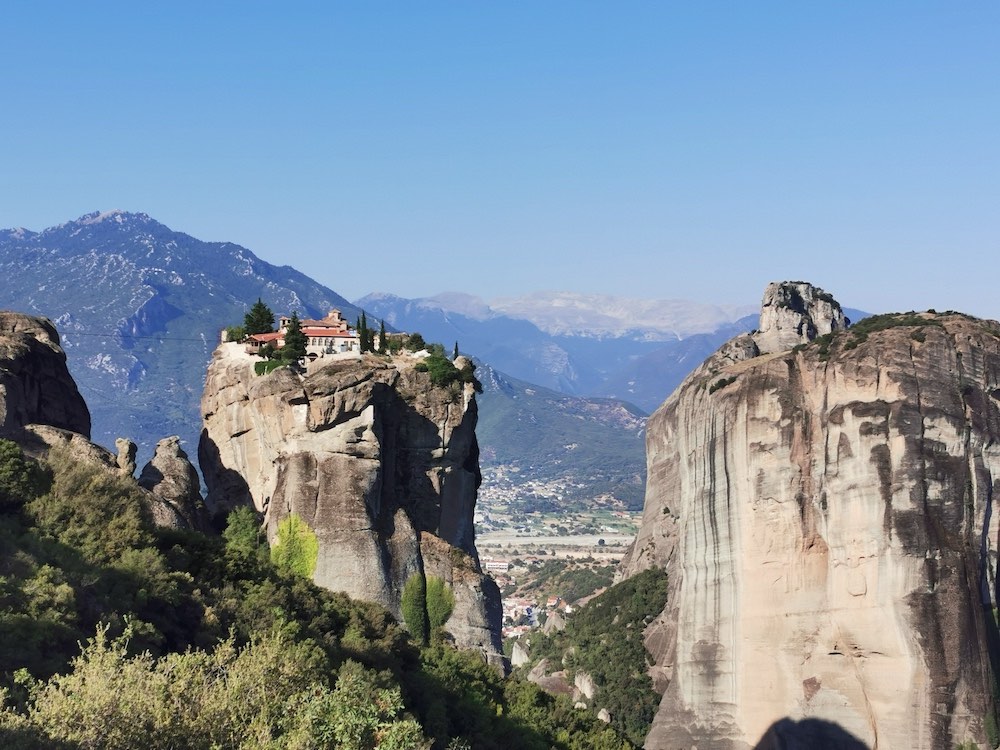 And then it was southwards to Greece, the cradle of Western civilisation. More specifically, the convoy headed towards the town of Kalambaka, located in the Thessaly Valley. While the town itself is charming, with an old centre criss-crossed by cobblestone lanes, most visitors come here for the Meteora: a series of gigantic sandstone pillars up to 400m high, and topped with monasteries. 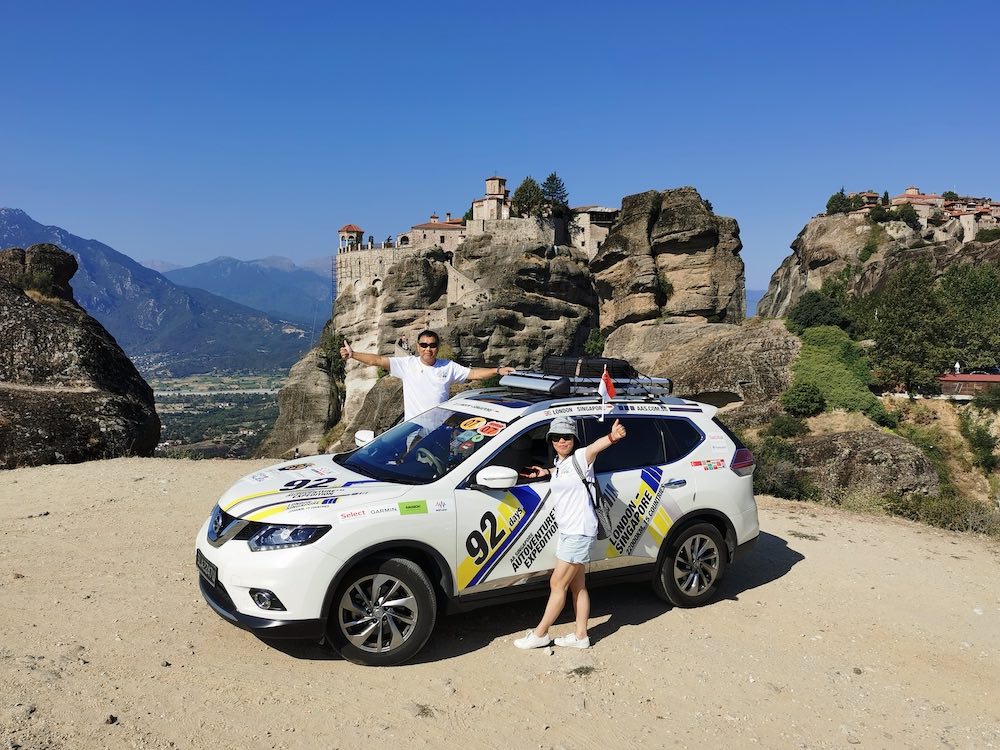 The AUTOVENTURETM participants climbed up to the biggest and oldest of these monasteries, the Holy Monastery of Great Meteoro. By the way, ‘meteora’ roughly translates to ‘suspended in the air’ — a most apt description of this UNESCO World Heritage Site. 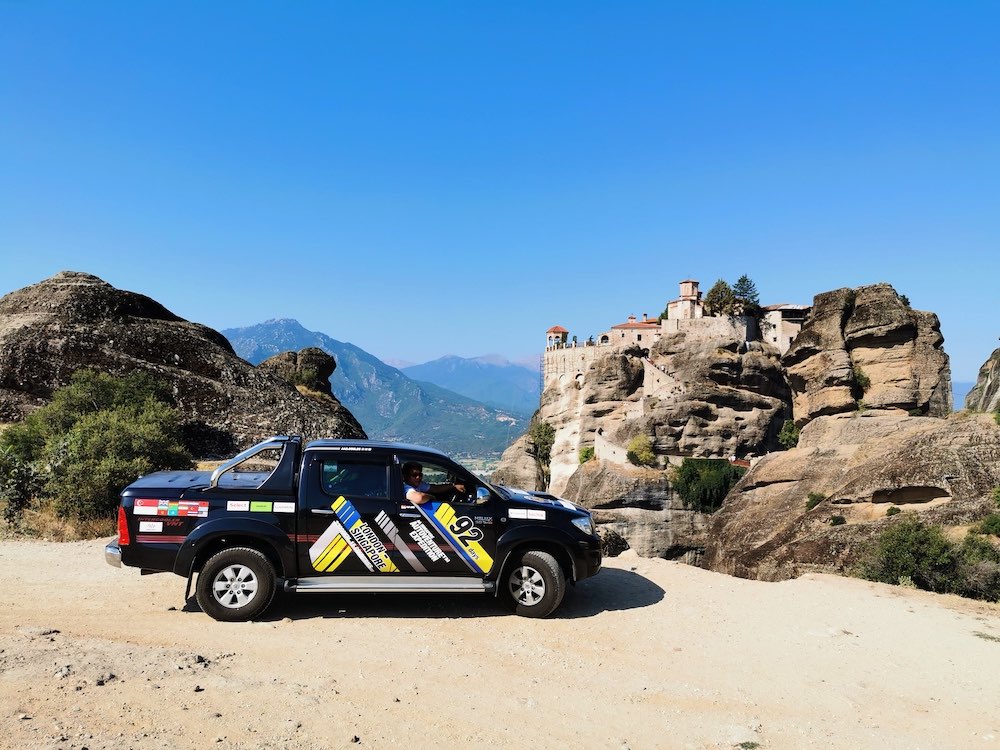 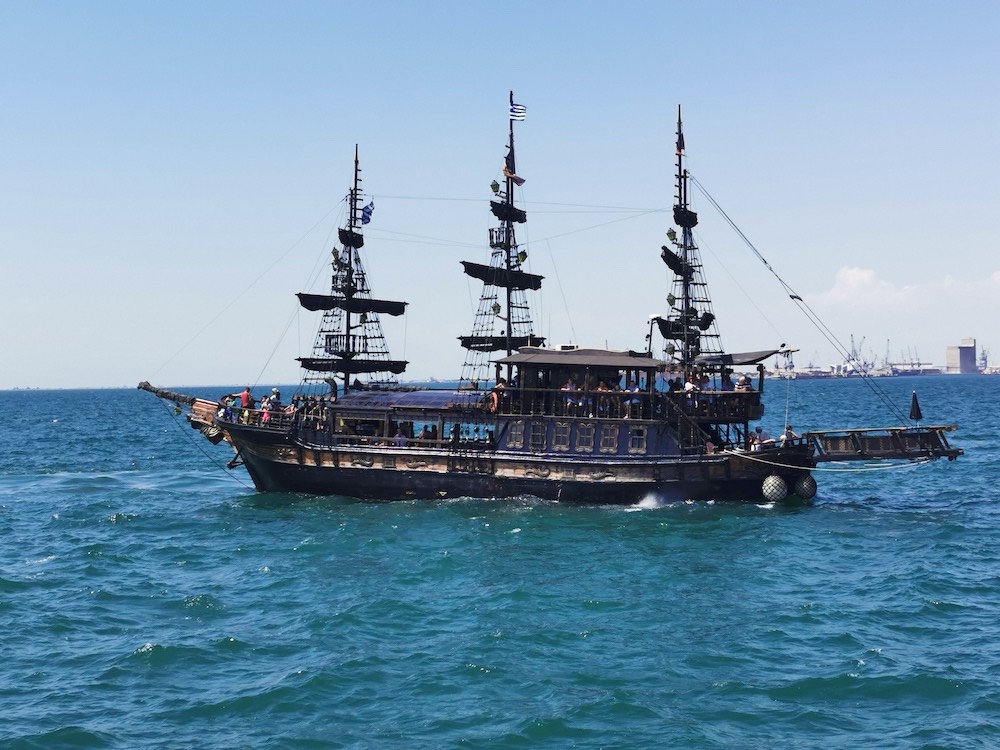 Kalambaka to Thessaloniki (230km)
Staying in Greece, the convoy made its way northeast towards the city of Thessaloniki. Along the way, they experienced sunrise in Leptokarya, where they also paid a visit to Platamon Castle, built between 1204 and 1222 for the Crusades. 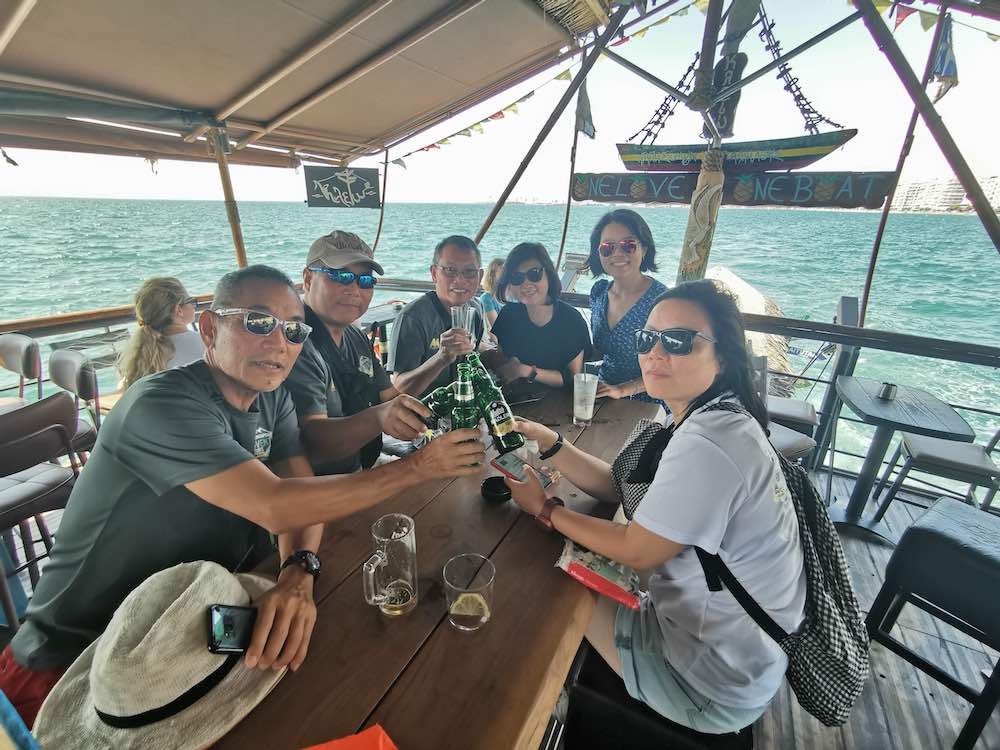 In Thessaloniki, the team members explored the second-largest city in Greece. The city is also considered the cultural capital of Greece. The convoy participants visited two major cultural attractions: White Tower, and Archaeological Museum of Thessaloniki. Built in the 15th century atop older fortifications, the Tower only became the symbol of the city in the 20th century. The Museum, one of the top two in the city, holds artifacts from the Prehistoric, Archaic, Classical, Hellenistic and Roman periods from the city and the surrounding region of Macedonia, of which Thessaloniki is the capital. In addition, the team also took a free 30-minute boat tour in the harbour of Thessaloniki to admire the city view. 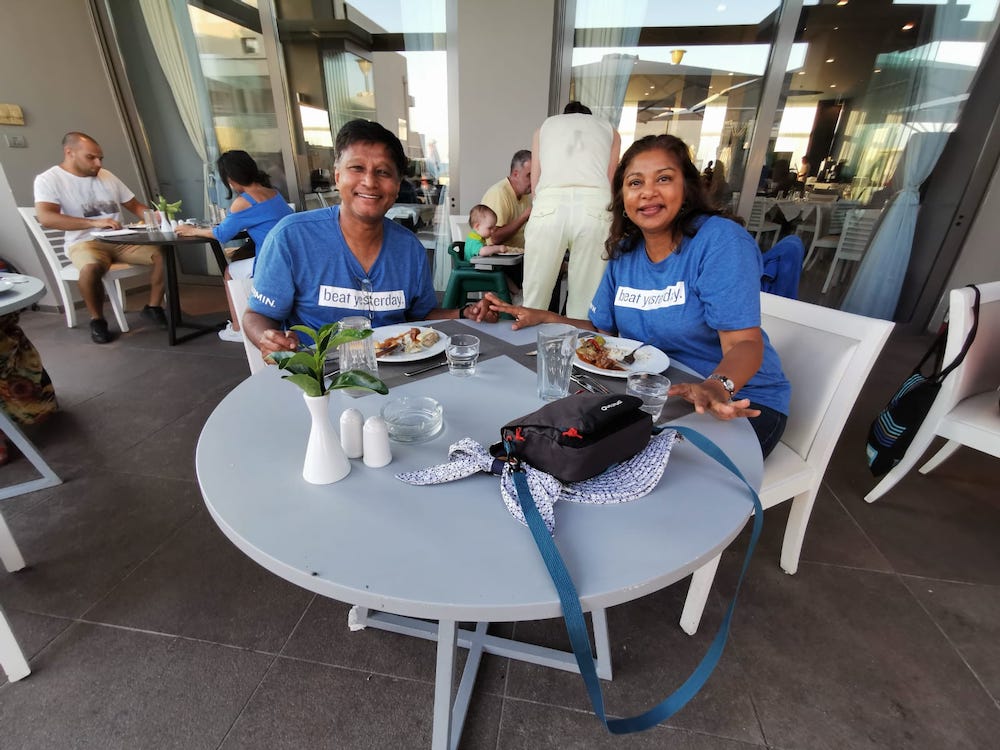 Thessaloniki to Alexandroupoli (300km)
From Thessaloniki, the convoy headed east for the city of Alexandroupoli. This route took them through the National Park of Nestos Delta and Lakes Vistonida-Ismarida, an area with a high bird population and unparalleled natural beauty. 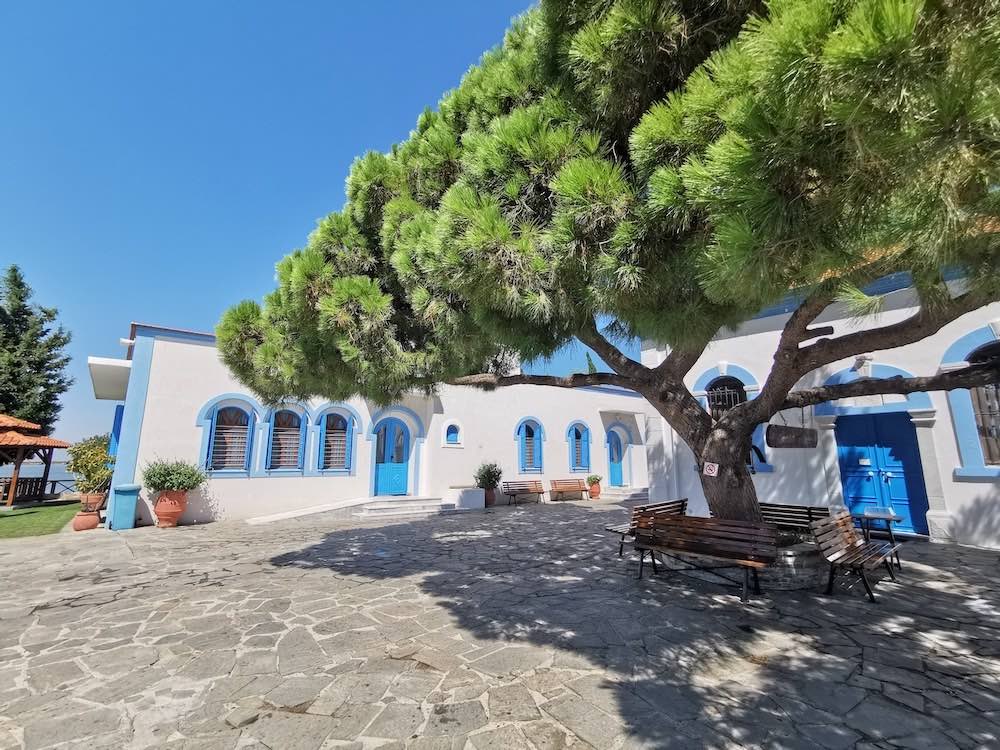 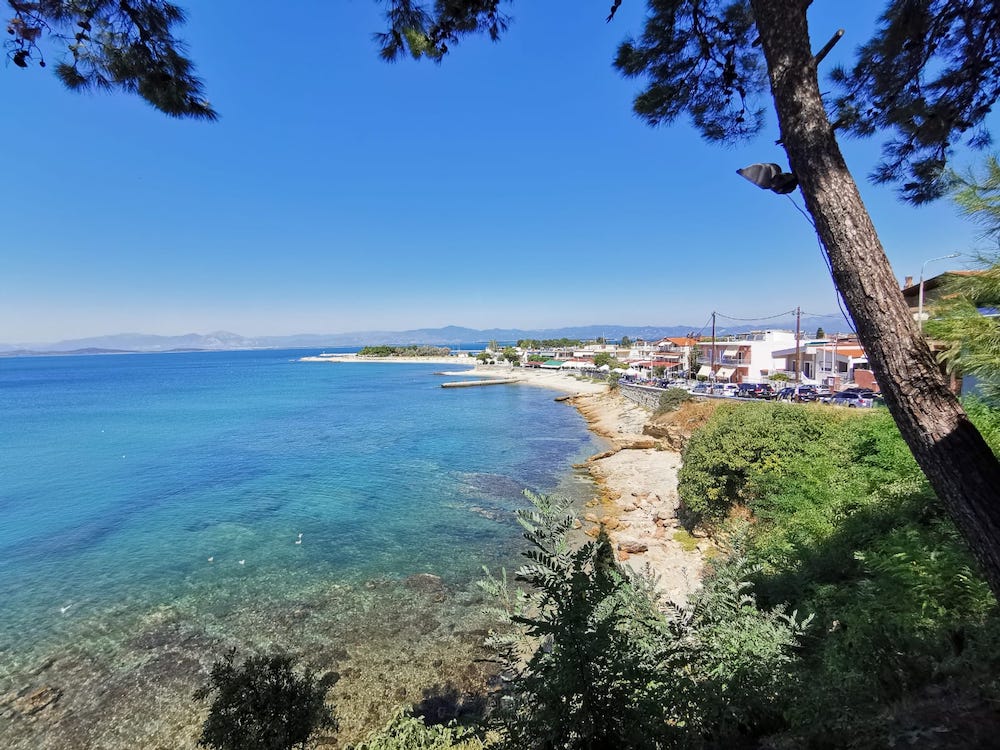 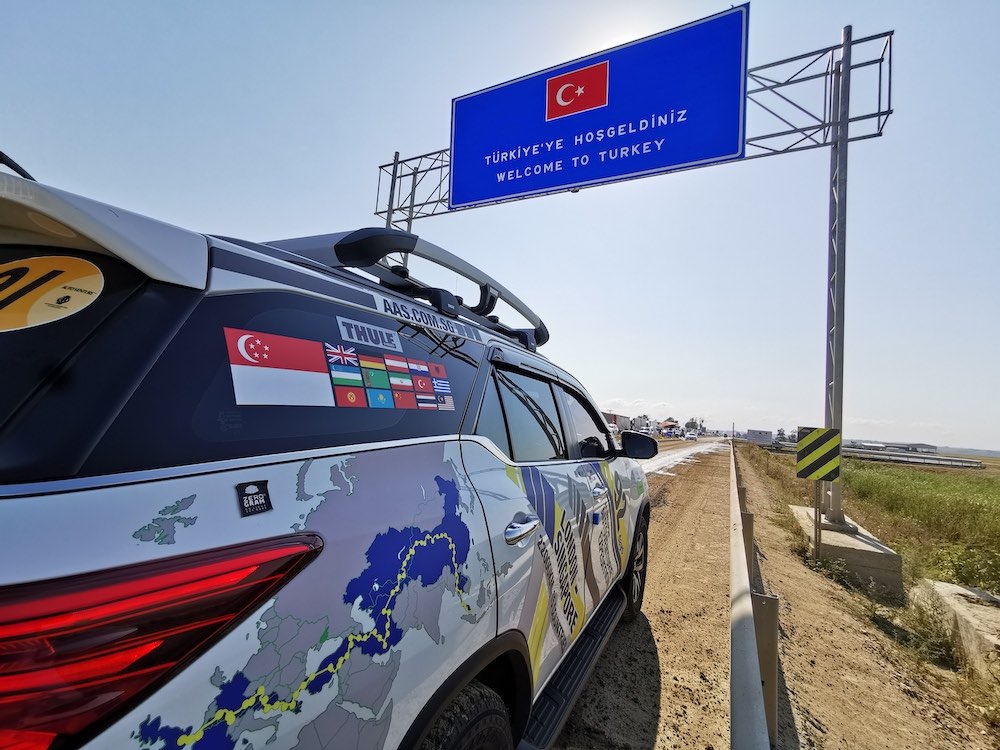 Alexandroupoli, Greece, to Istanbul, Turkey (300km)
The next day, the convoy continued its journey eastwards towards the city of Istanbul, located in the country of Turkey, via the Kipi-Ipsala border checkpoint. Unlike the Causeway between Singapore and Malaysia, you are not allowed to walk across this checkpoint, and must secure transportation for such a journey. Istanbul is often considered the dividing point between Europe and Asia, straddling a body of water, the Bosphorus Strait, that divides the two continents. Rich in history and culture, the city boasts numerous awe-inspiring sites, such as the Hagia Sophia, Hippodrome, and Grand Bazaar – which is why the team stayed here for three nights. 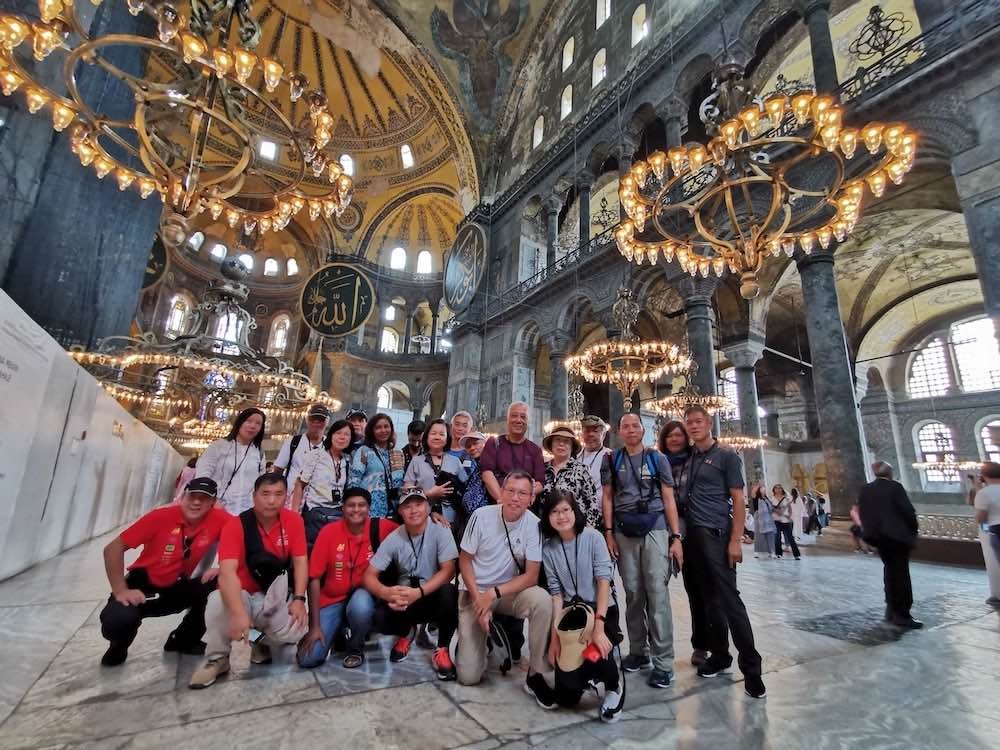 The Hagia Sophia is probably the most important structure from the Byzantine period that still stands. Originally conceived of as a Catholic cathedral, it was converted into a mosque when the Ottoman Empire conquered the land. The UNESCO World Heritage Site is now a museum.

The Hippodrome was an ancient horse and chariot racing stadium. Today, the place is now called Sultan Ahmet Square, with only fragments of the original structure still surviving. One of the largest covered markets in the world, Istanbul’s Grand Bazaar contains about 4,000 shops spread across 61 streets. The original core of the market was completed in 1461! 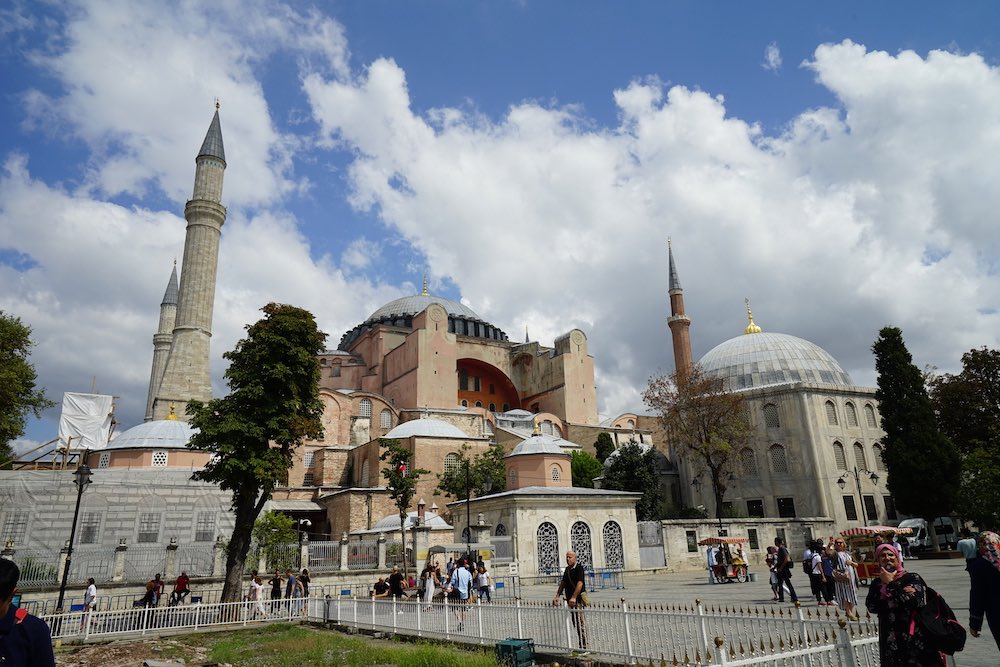 Istanbul to Safranbolu (410km)
The team made a roughly five-hour drive to Safranbolu after three nights in Istanbul. Located in the Black Sea region of northern Turkey, Safranbolu — a UNESCO World Heritage Site — is named after the saffron flower, which is native to the area. The town was built during Ottoman times, and its Carsi district is a labyrinth of shops. 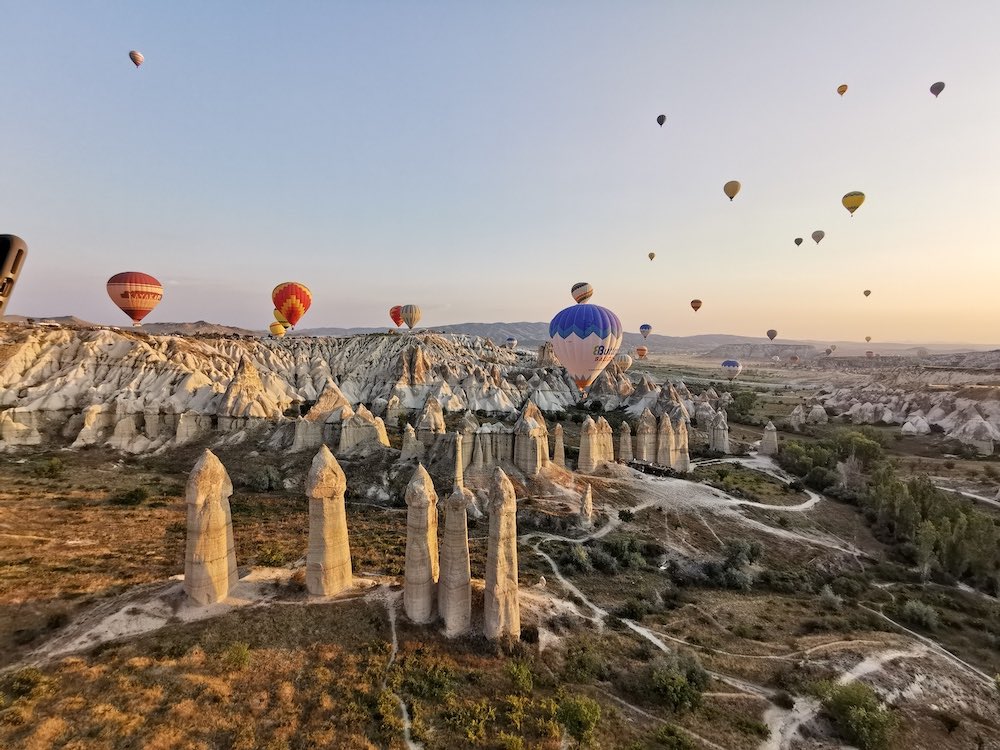 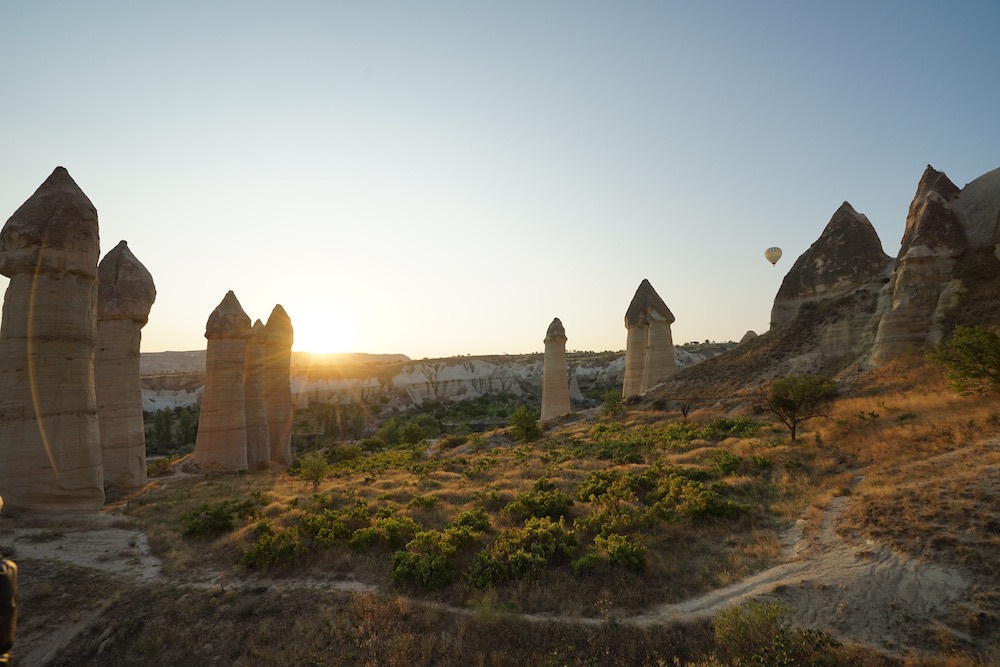 Safranbolu to Cappadocia (440km)
The convoy broke the eastward trajectory and turned south, towards the surreal landscape of Cappadocia in central Turkey. Although known as a place for launching scenic hot air balloon rides, Cappadocia boasts something more unusual: underground dwellings and rock churches, made possible by soft volcanic deposits. The team visited an underground city, as well as the famous rock churches in Goreme. Of course, they could not leave out a visit to a carpet factory – after all, there is a reason why ‘Turkish carpet’ is a term on its own. 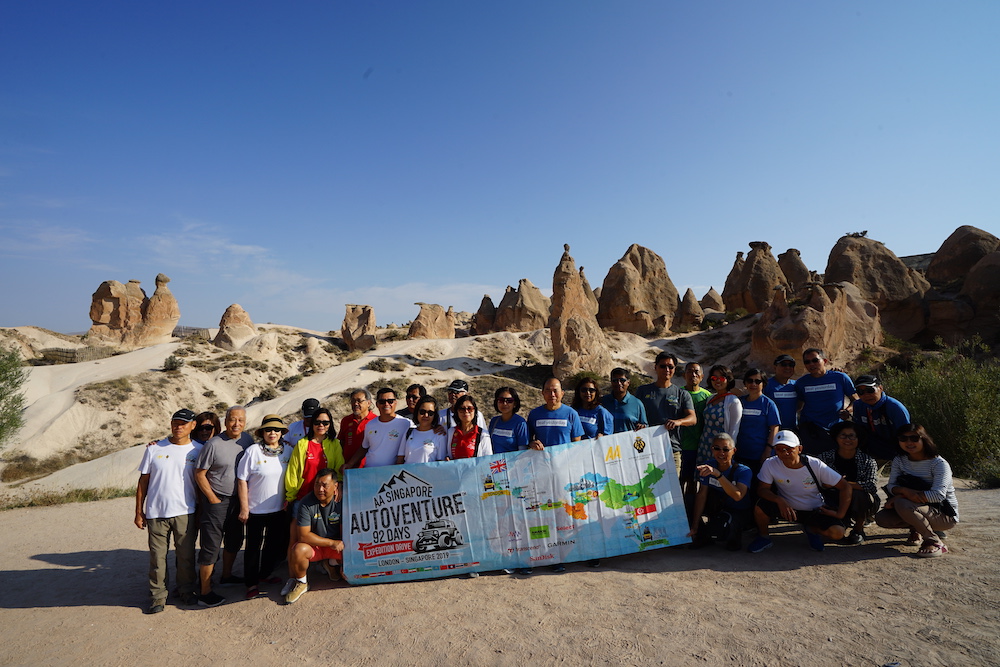 Cappadocia to Gaziantep (480km)
After resting the night in Cappadocia, the next destination was Gazientep, a five-hour drive away. 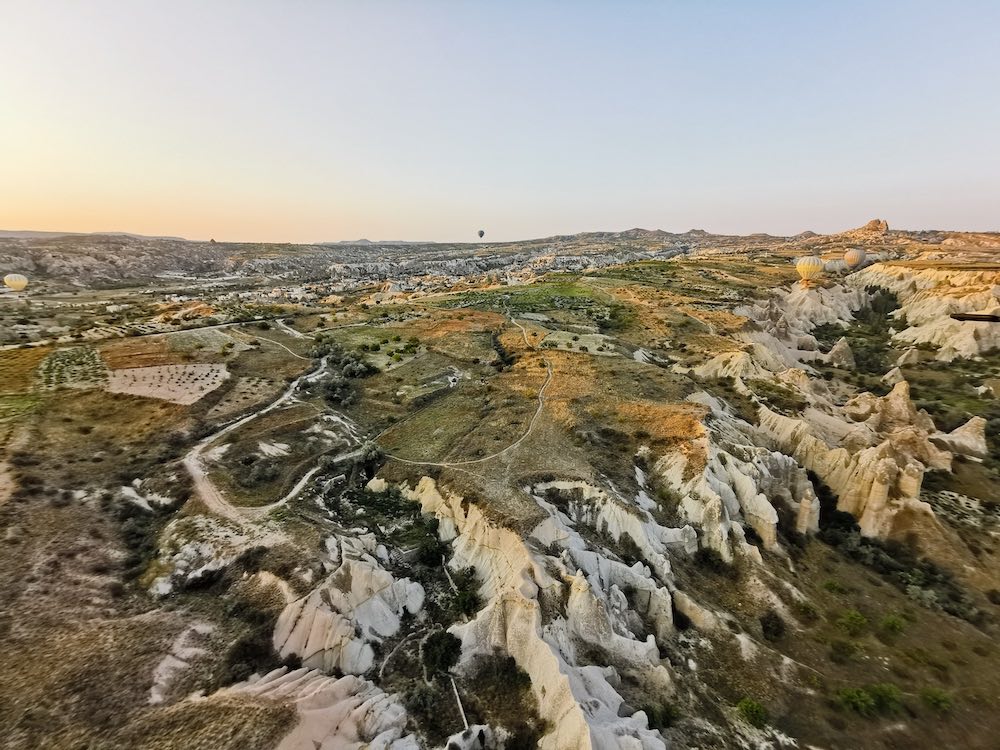 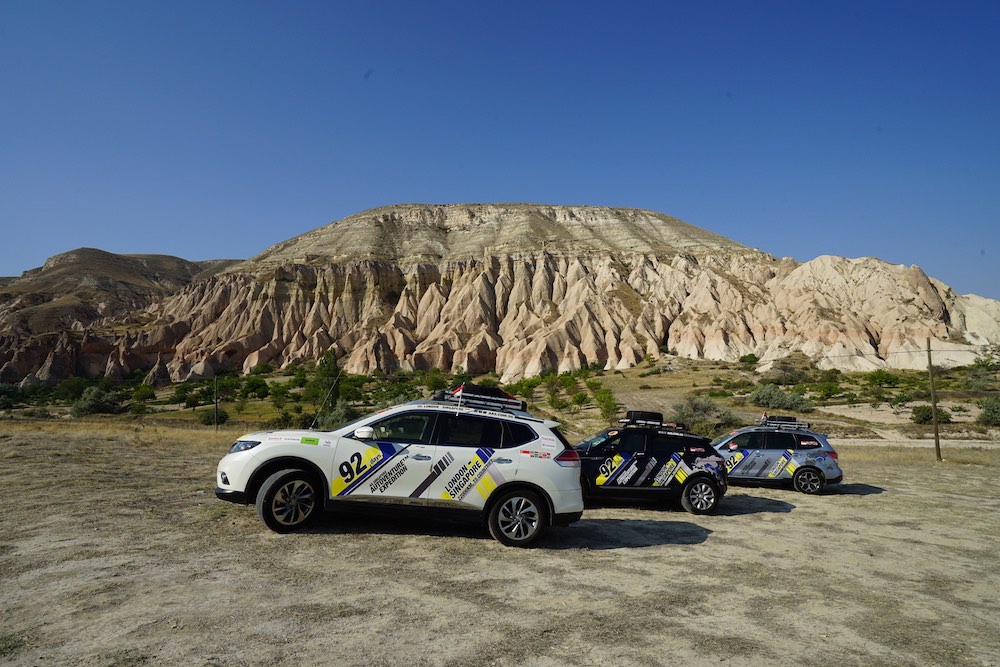 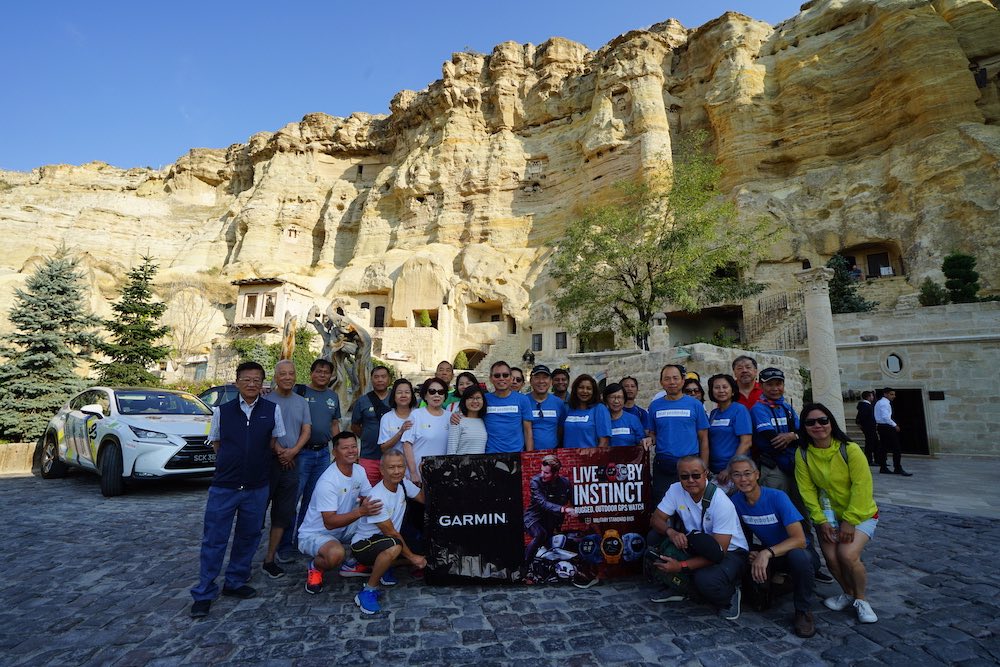 Gazientep to Mardin (530km)
After overnighting in Gazientep, the convoy curved its way northeast to Mt Nemrut. Standing more than 2,000m tall, this mountain has a summit that is famous for the ruins of gigantic statues that surround Nemrut Dag, the mausoleum of Antiochus I. This ruler reigned over Commagene, a kingdom founded north of Syria and the Euphrates after the breakup of Alexander the Great’s empire. 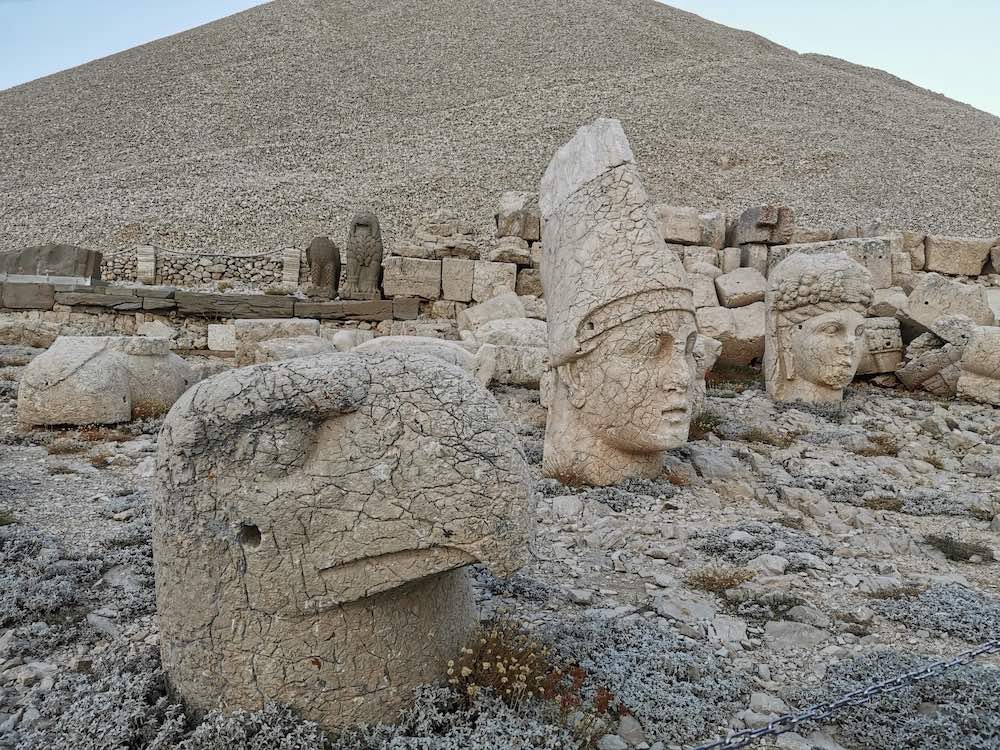 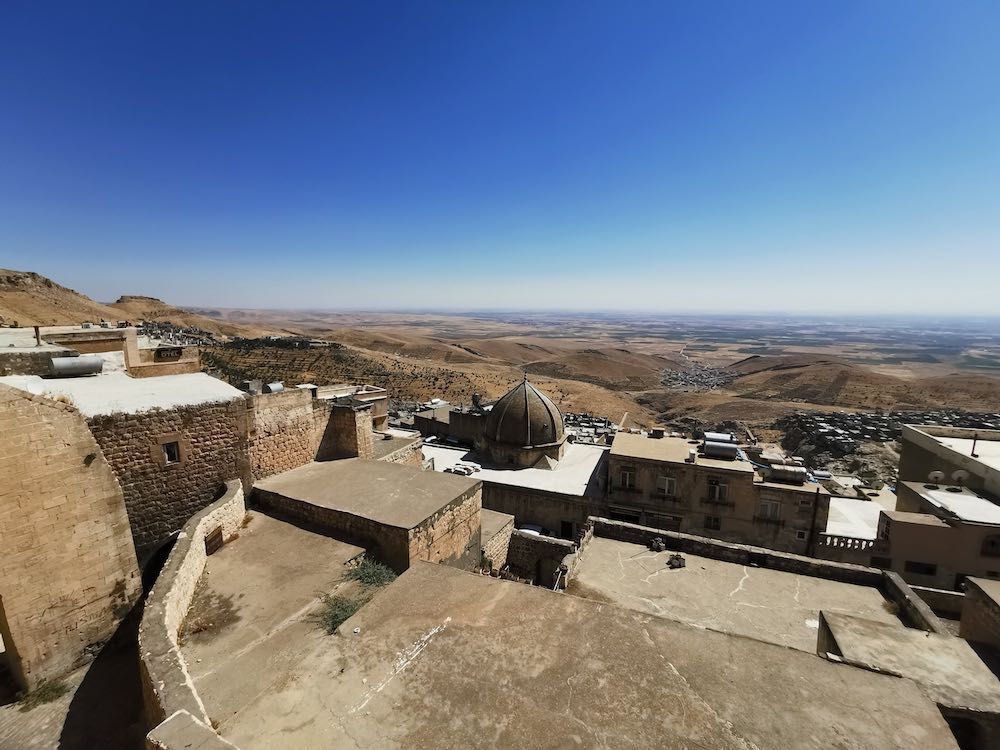 The next day, the team made its way towards Mardin, located at roughly the same latitude as Gazientep. Participants spent the rest of the day and the next day exploring this fascinating city. Mardin is often said to be an open-air museum because of its repository of historical buildings, including architecturally significant religious structures of Christian and Islamic traditions. One such building the participants visited was the madrasah of Sehidiye Medresesi, built in the first half of the 13th century. 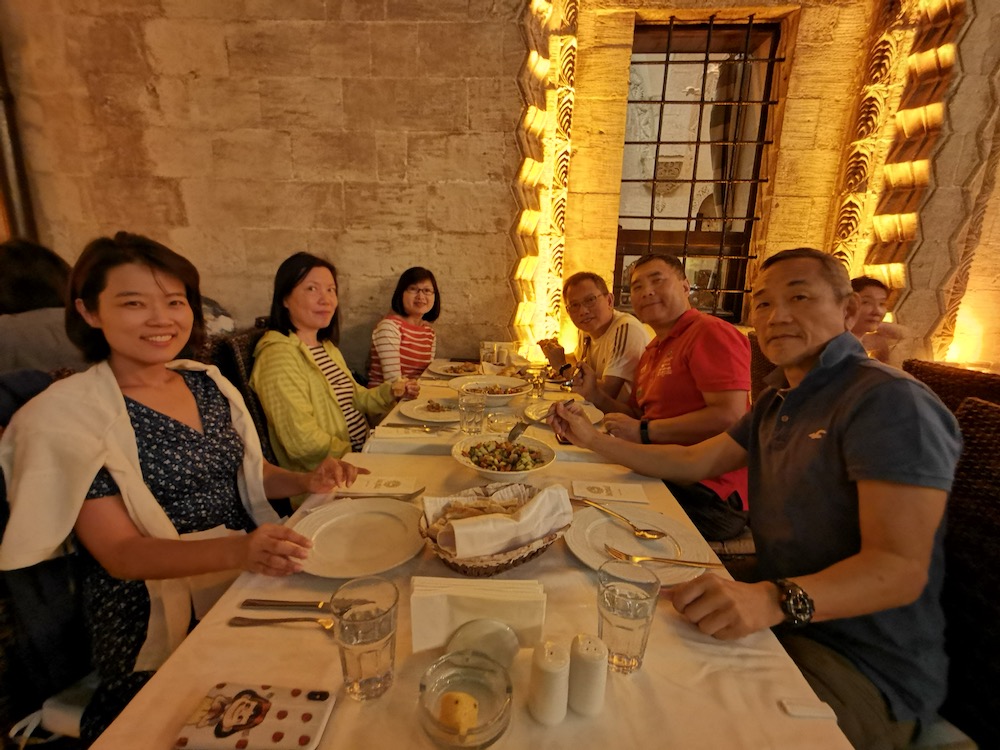 On the second night, everyone enjoyed dinner at Bagdadi Restaurant for its delicious Turkish cuisine. 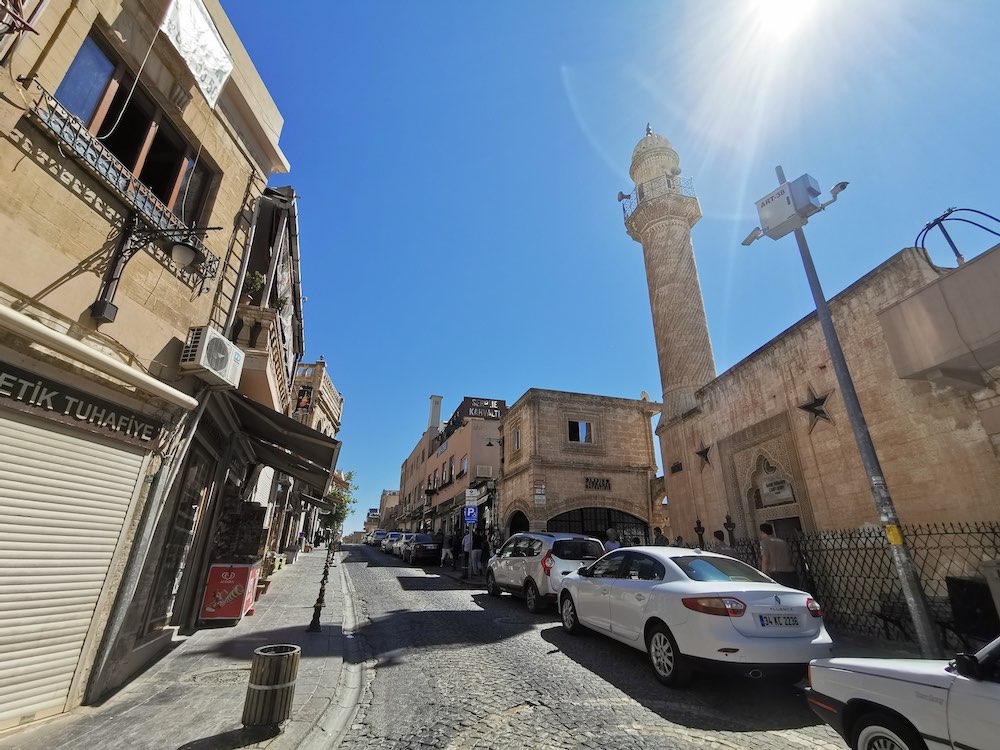 Mardin to Van (400km)
The next day, the convoy set off for Van, about 400km and six hours away. Van is a city in eastern Turkey that sits by the shores of Lake Van. Participants visited Van Castle, which has a view of the lake. The castle is actually a massive stone fortification built by the ancient kingdom of Urartu during the 9th to 7th centuries BC.

Van, Turkey, to Tabriz, Iran (330km)
After a night in Van, the team left Turkey and knocked on the doors of Iran, where we shall catch up with them in the next instalment.

Facebook
Twitter
Email
WhatsApp
Previous articleWhat To Do If You Lost Your Car Key?
Next article[Winners Announced] Highway Quiz – October 2019