With dengue still a problem in Singapore, we look at some devices to keep us safe from mosquito bites.

Given their capacity for spreading dreaded diseases, mosquitoes are one of the most despised insects on the planet. Among the myriad maladies mozzies carry is dengue, an illness that can be potentially life-threatening.

In Singapore, there has been a significant increase in the number of dengue cases in recent years. In fact, the number of dengue cases in 2022 looks set to be the highest on record, based on figures on the National Environment Agency website. Given this epidemic, most people have been desperately trying ways to keep these pests at bay. Here, we highlight a few anti-mosquito devices that promise to eliminate those pesky bloodsuckers. All prices are in Singapore dollars. 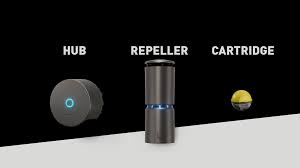 Smart home enthusiasts might be interested to try out Thermacell’s LIV Smart Mosquito Repellent System, which offers protection from mosquitoes around each of its repellers. At the heart of the system is the LIV Smart Hub, which, when plugged into a protected outdoor outlet, powers and controls the system. The system can be connected to your home’s WiFi, after which you can control it with the free LIV app. When activated, it sends a signal and a charge to five repellers to turn them on, diffusing an invisible and odourless vapour containing 5.5% metofluthrin as the active ingredient. According to Thermacell, the fog provides a 20-foot radius of protection from mosquitoes. 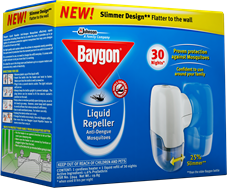 Well-known for their insecticide sprays, Baygon also produces devices like the Liquid Electric Repeller. This small heater, which can be easily plugged into any power outlet, diffuses  liquid repellent that can cover a room with an area of up to 9m2. It not only repels mosquitoes, but is also potent enough to kill them. Each refill will last about a month if used for eight hours every night. 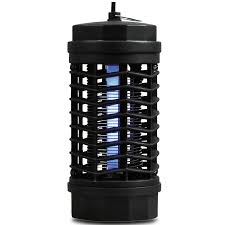 This mosquito killer trap from PowerPac attracts and kills the insects. Its trap produces a snapping sound once the bloodsuckers have been zapped, so you’ll know exactly when each has been exterminated. The device — which is chemical-free — can be mounted on the wall, suspended from the ceiling, or left freestanding. While effective on mozzies, the PowerPac also helps get rid of other unwanted critters in the house, such as flying ants and termites. 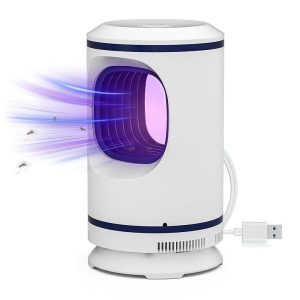 This mosquito zapper is a portable trap that lures mosquitoes and flies with a UV lamp. The built-in fan then sucks the insects into the storage box, trapping the insects until they are ready to be disposed of. The device is child- and pet-friendly as it contains no chemicals, emits no radiation, and is non-toxic. It is also practical and easy to use.

Besides using these latest gadgets to get rid of pesky mosquitos, you can also keep insect repellent sprays in your car, just in case a stray mosquito or insect gets into the car and you want to put a quick end to your worries.

AA Members can consider getting our range of insect repellents at Members’ price from AAShop or purchase them at our physical outlets.