Jewel in the Culinary Crown

The architectural marvel that is Jewel at Changi Airport is one of the most popular dining destination in the Lion City for both international travellers and locals alike. If you ever need a list of the food places, here’s one for you. 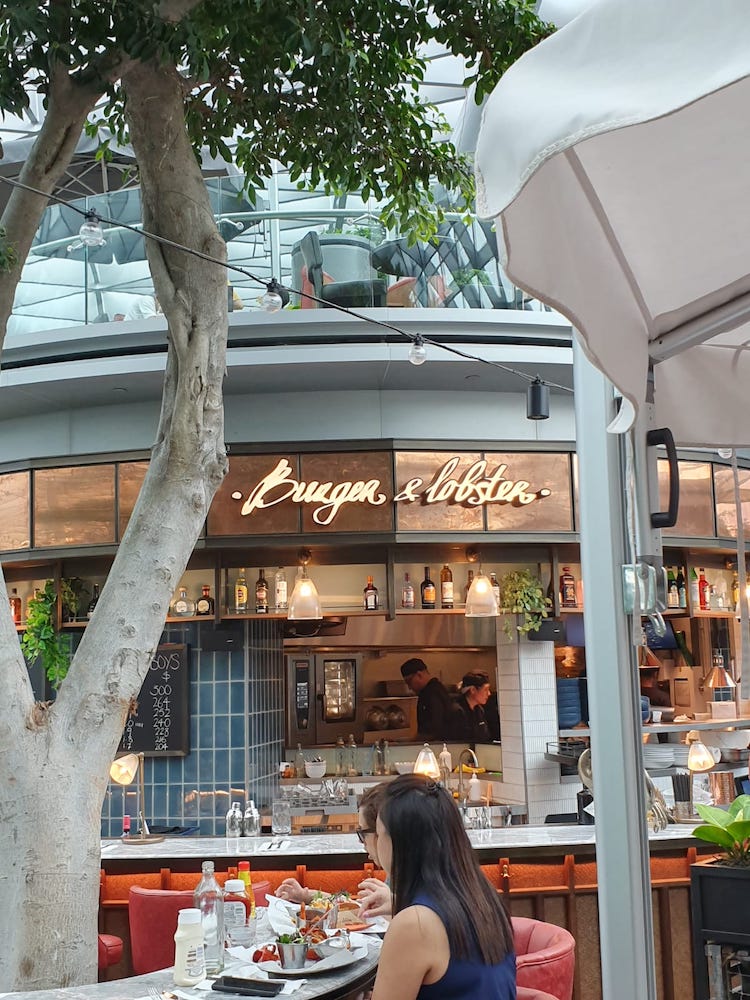 London’s Burger & Lobster opens its first joint in Singapore at Canopy Park, on the top floor of Jewel. The two-storey restaurant offers stunning views of the Shiseido Forest Valley and the 40m-high Rain Vortex — the world’s tallest indoor waterfall — while you dine at this specialist lobster house. 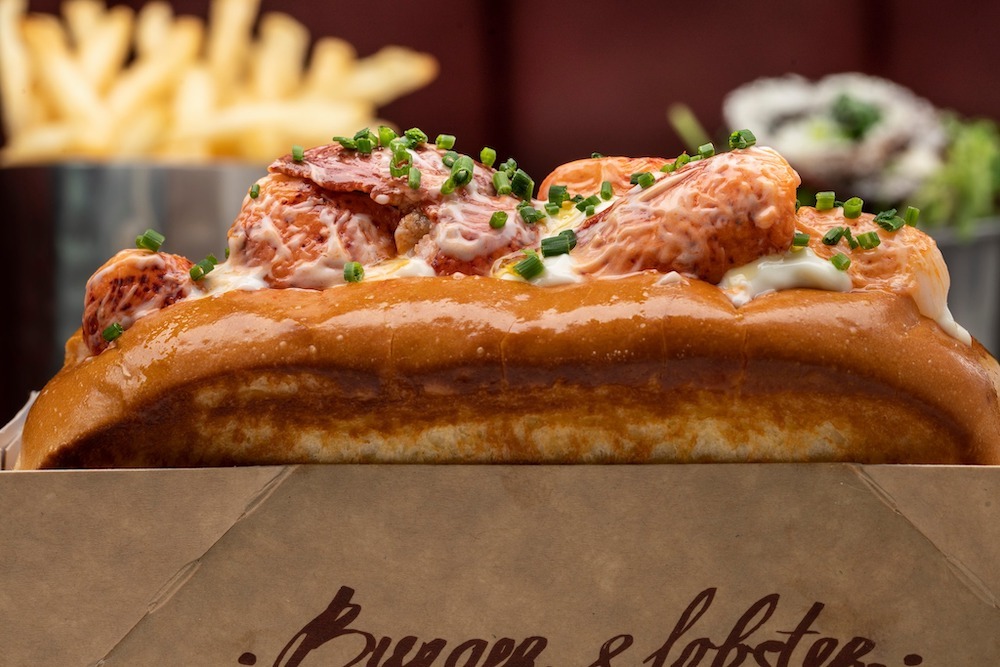 The menu includes the signature Lobster Platter (live lobsters from Nova Scotia, Canada, that are steamed or grilled and served with a side of fries and garden salad), Nebraskan beef burger (comes with house-made pickles, onions and secret sauce), and buttery brioche lobster roll. Remember to also check out the Jewel-exclusive spicy sambal-glazed lobster, which features a whole steamed 1.5lb lobster glazed with the savoury chilli sauce. 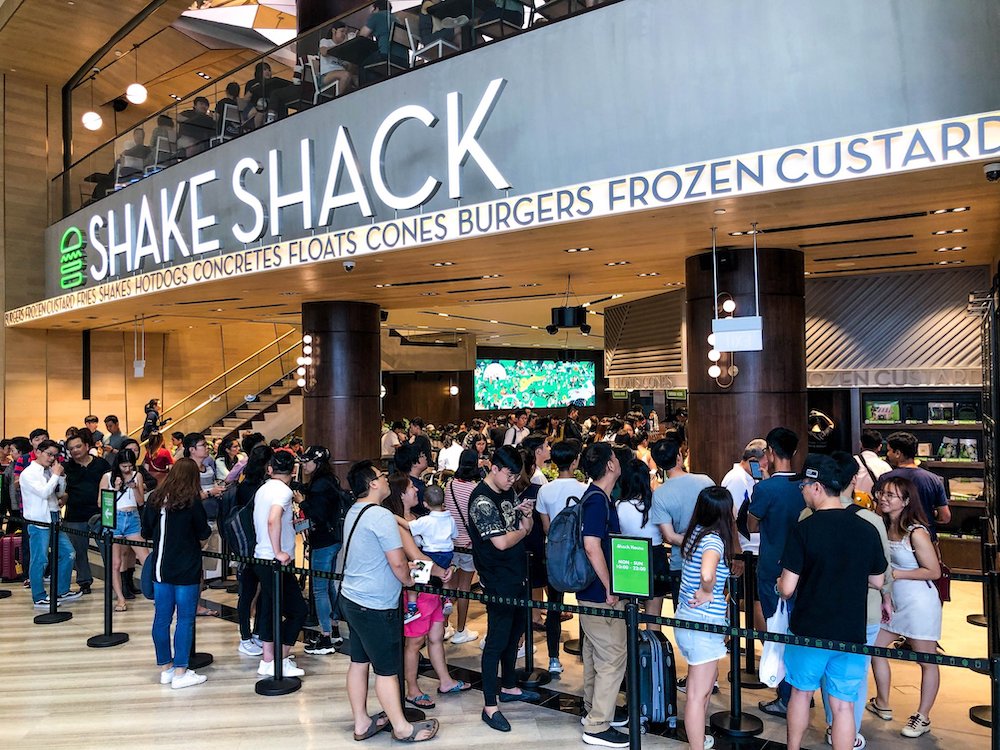 The New York burger brand’s establishment in Jewel is its first outlet in Singapore and Southeast Asia. The cult burger joint — which started from humble beginnings right out of a hot dog cart in Manhattan’s Madison Square Park — uses 100% all-natural Angus beef to make its signature ShackBurger, a cheeseburger crafted to perfection, with soft potato buns, lettuce, tomatoes and its secret ShakeSauce. Not just a regular beer garden — this is Tiger Beer’s first global experiential concept store, where you can make your own personalised beer bottle label on the spot by selecting from a series of Jewel designs on an interactive touchscreen!

Tiger Street Lab is the only place where you can try a seasonal range of Tiger brews, such as the Tiger Orchid-infused Black Lager, inspired by Singapore’s national flower. Profits from beer sold here will go towards the Tiger Street Food Support Fund, which celebrates Singapore’s heritage-rich street food culture and supports the next generation of hawkers. 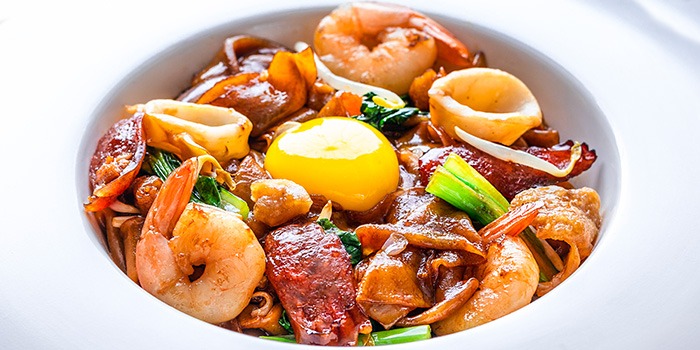 The brand is partnering Keng Eng Kee Seafood to offer zi char favourites for food-pairing options, such as Moonlight Hor Fun and Chicken Cutlet doused in a Tiger Lemon Radler sauce. Known to regulars as KEK, the seafood restaurant, which started as a hawker stall in the 1970s along Havelock Road, has been featured in the Asia episode of Street Food, Netflix’s nine-part gastro-documentary series. 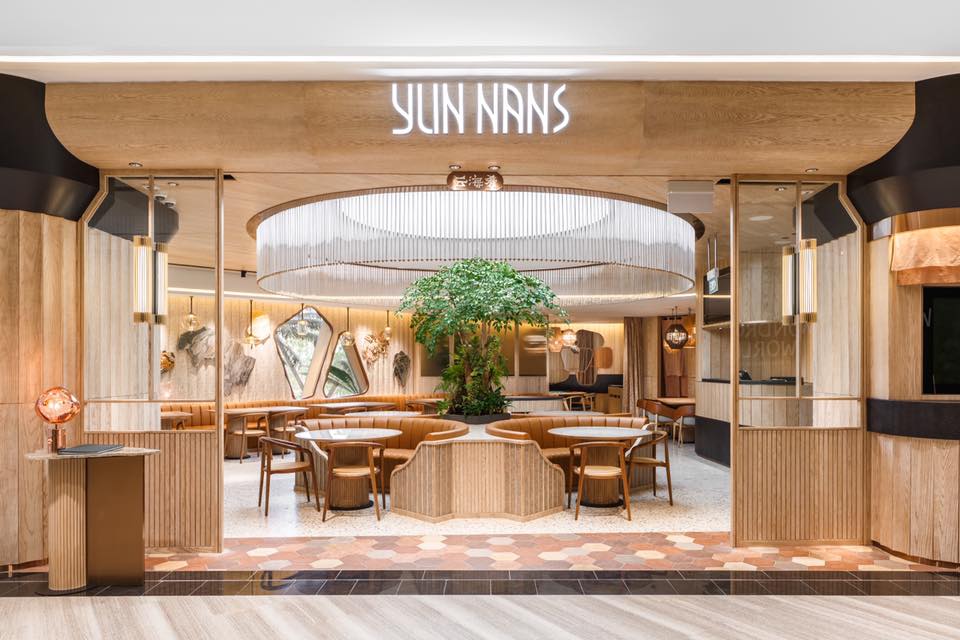 After opening more than 150 outlets in China, the largest Yunnan F&B chain in the world has launched its Singapore flagship at Jewel, which is also its first international outpost in a decade.

Specialising in Yunnan cuisine, this restaurant imports most of its ingredients fresh from the highland province known for being free from pollution. 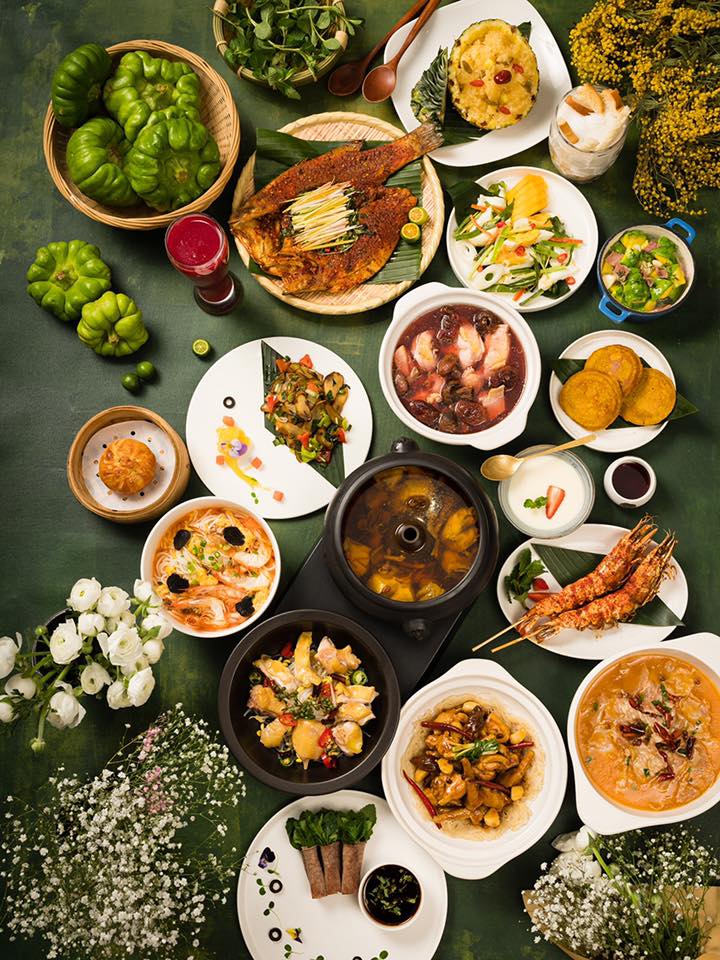 Its signature dishes include the Steamed Pot Chicken Soup (chicken essence extracted from pressure-cooked chicken, with its condensation and steam collected in a special vessel) and the Beef Stew in Copper Pot (an intense spicy beef broth filled with beef tendon, brisket and tripe).

For something that’s exclusive to this outlet, try the Truffle Rice Noodles in Prawn Broth that’s served with rice noodles manufactured in a factory in Yunnan using only spring water and rice in a unique 18-step technique. Another unique-to-Singapore dish is the Shaved Black Truffle — the ingredients for this dish are harvested in Yunnan at elevations between 2,500m and 3,000m above sea level! 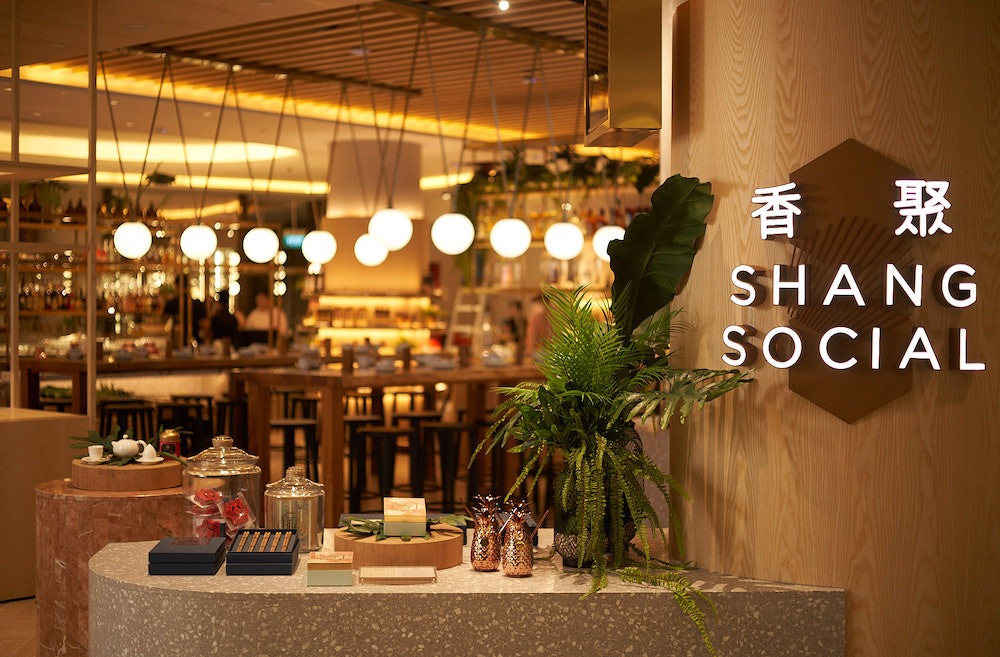 The Shangri-La Group has ventured beyond its luxury hotels to set up itsfirst stand-alone F&B business.

Shang Social is a three-in-one concept, with three unique dining experiences where you cannot cross-order from the other two sections. 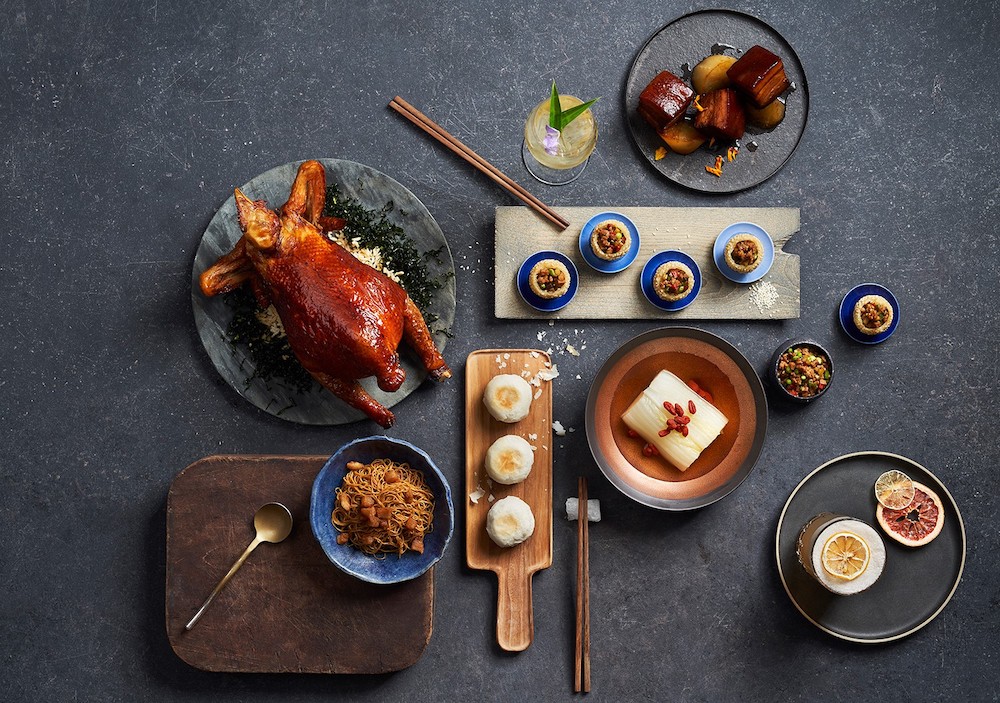 If you are visiting Jewel with your kakis of varying dietary preferences, explore Southeast Asia’s myriad culinary offerings at this new market dining concept. Five Spice is modelled after the local hawker scene, and features well-loved heritage dishes and concepts from award-winning brands around the region. Here are three to try: 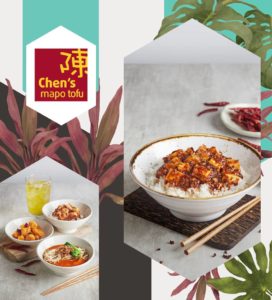 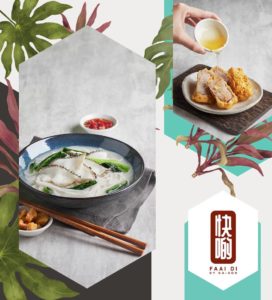 Ka-Soh has been serving local Cantonese comfort food for more than 80 year. It had its humble beginnings as a pushcart stall located along the famous Tofu Street (Chin Chew Street, now part of the China Square Conservation Area). Ka-Soh has since grown into a household name, patronised by generations of Singaporeans and international celebrities. Padang Lezat by IndoChili, a restaurant owned by the the popular Java Kitchen Group in Indonesia.

IndoChili founder Madam Wahyuningsih crafts her dishes from Indonesian culinary heritage with a strong fusion of fresh spices. Each meal is carefully prepared using only the finest ingredients, combined with a unique Singaporean twist.

Try the Nasi Ambeng, a traditional Javanese cuisine with fragrant rice and five dishes served in large plates and eaten in groups to encourage communal dining. This dish is intended to strengthen ties and promote harmony among friends and families, so bring the whole gang, wash your hands, and makan tangan(eat with your hands). 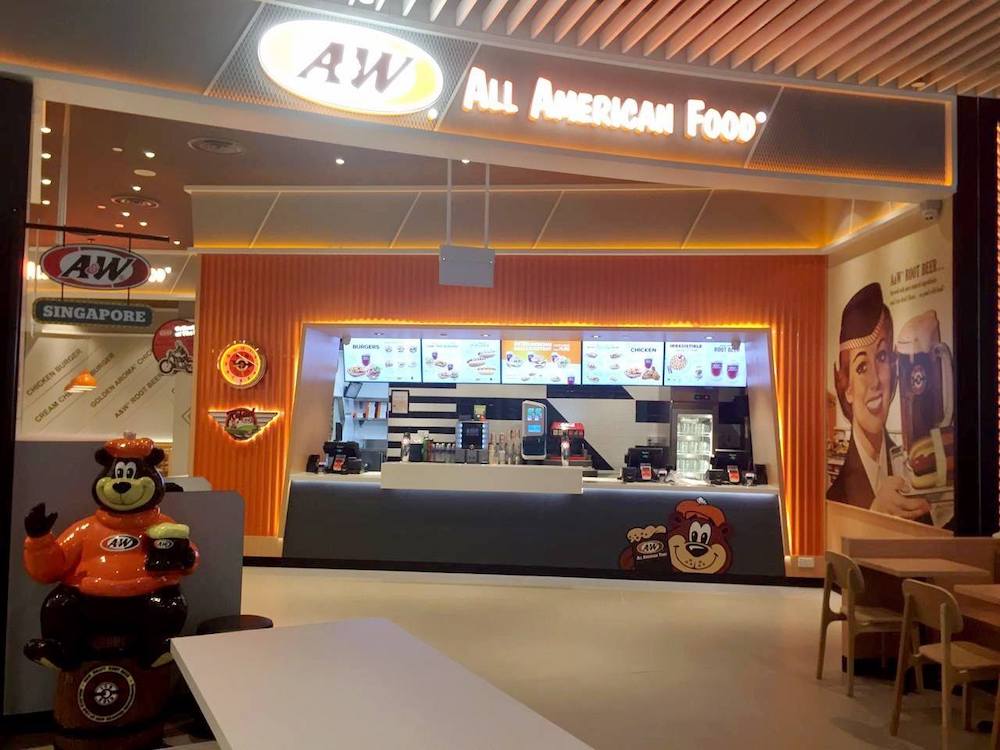 While A&W is not technically a new brand in Singapore, it is making a return to our shores after a 16-year hiatus! Rooty® The Great Root Bear is finally back to serve nostalgic classics such as the Coney Dog, Curly Fries, and its signature Root Beer Float in an ice-cold frosty mug.

This 80-seater also serves regional hits such as the Golden Aroma Chicken from A&W Indonesia, and Cream Cheese Chicken, inspired by its restaurants in Okinawa.

Planning to visit Jewel soon? Look out for an upcoming article, in which we will share parking information for drivers.