Amazing self-drive destinations to check out on your next escapade. 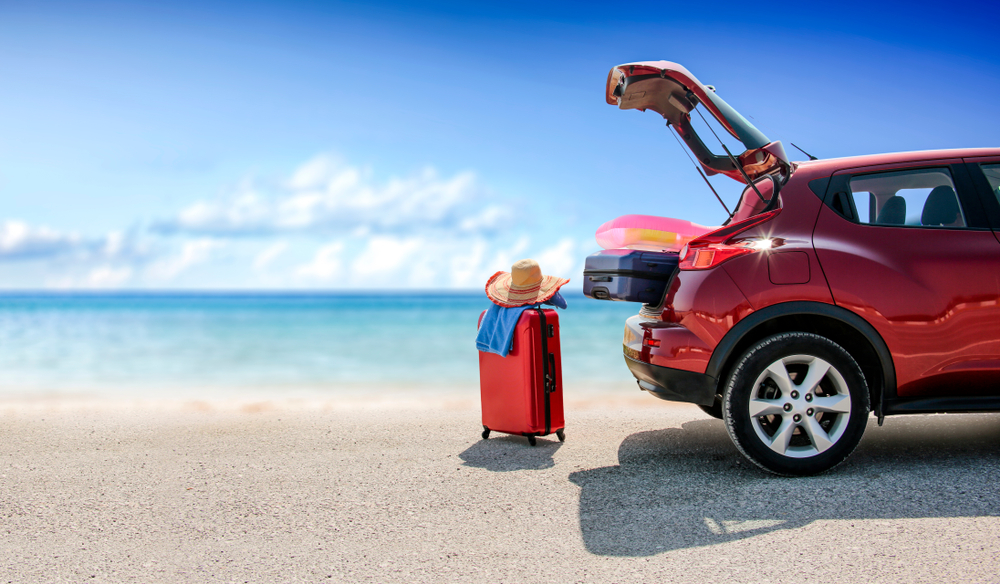 With the ease and convenience of GPS maps, people are more ready to self-drive; and over the years, there is an increase of 15–20%in demand for self-drive tours. And why not? After all, nothing beats the freedom of exploring a country on your own time and at your own pace.

While the COVID-19 pandemic has stopped this rising travel trend in its tracks, it is always good to be prepared and stock up on knowledge about places to head to once the health situation calms down. Here are some recommendations to get you on your way.

Garden Route, South Africa
South Africa is a diverse country with varied landscapes, from wildlife safari parks to stunning coastlines and world-class wineries. The Garden Route, a 300km stretch of coastal road on the southwest tip of the country, is considered one of the most picturesque regions of the country.

Getting its name from the Garden Route National Park that the road passes through, the Garden Route takes in the coastal forests and spectacular fauna and flora of South Africa’s coastline. There are dozens of attractions along the way, among which is the town of Knysna. Reputed for its scenic bay, a boat cruise in Knysna Lagoon offers unfettered views of pristine beaches and forests. Nearby is the Featherbed Nature Reserve, which offers nature walks along the coast, through the forest and fynbos (shrubs and vegetation native to South Africa).

Further down the road, you’ll arrive at the town of Hermanus, known as the Whale Capital. As that nickname suggests, it’s a great place for whale watching, provided you visit at the right time of the year. Another must-visit attraction in the vicinity is the Fernkloof Nature Reserve, where you can enjoy flora and fauna, as well as walking trails with a stunning view of Walker’s Bay.

Great Ocean Road, Australia
The Great Ocean Road is, unsurprisingly, one of the most popular self-drive trips in the world. The scenic route spans 400km, from the town of Torquay in Victoria to Nelson in South Australia.

Victoria’s southwest coastline provides some incredible scenery. One of the icons of the region is the Twelve Apostles, dramatic rock formations jutting out of the sea. Further south, check out the Bay of Islands and Bay of Martyrs. Another attraction is the spectacular Triplet Falls, located in the Otways National Park.

The region is also home to an abundance of native wildlife. At Tower Hill Wildlife Reserve, you can take a 60-minute tour with an aboriginal guide who will explain the history of this area as you spot emus, kangaroos, koalas and lizards. At nearby Logan’s Beach, you can watch whale calves in a nursery close to the shore!

Crossing the state line into South Australia, you’ll reach Mount Gambier. There are some impressive sights here, such as Blue Lake. Technically speaking, it’s actually a maar — a shallow crater, typically filled by a lake, formed by a volcanic eruption with little lava. Between early November and late March, the deep blue-grey water turns a vibrant shade of turquoise!

Milford Road, New Zealand
The road to Milford Sound is one of the most popular drives on New Zealand’s South Island. A four-hour drive takes you through Fiordland National Park, and the Te Wahipounamu World Heritage area.

At the start of the road are the waterfall- and whirlpool-filled Te Anau Glowworm Caves. The next highlight along the winding road is the picturesque Eglinton Valley, whose shingle riverbed floor is constantly changed by the Eglinton River. With steep rocks and a golden tussock floor, it evokes a surreal vibe.

Not far from the Homer Tunnel is The Chasm, formed by the rushing waters of the Cleddau River. A short walk through native forest takes you to the thundering waterfalls, which are an awesome sight, indeed.