Going to the Silk Road Nation

The upcoming AUTOVENTURETM from London to Singapore will spend some time passing through Central Asia. There’s something for every type of personality on this exciting journey through the exotic countries along the Silk Road. 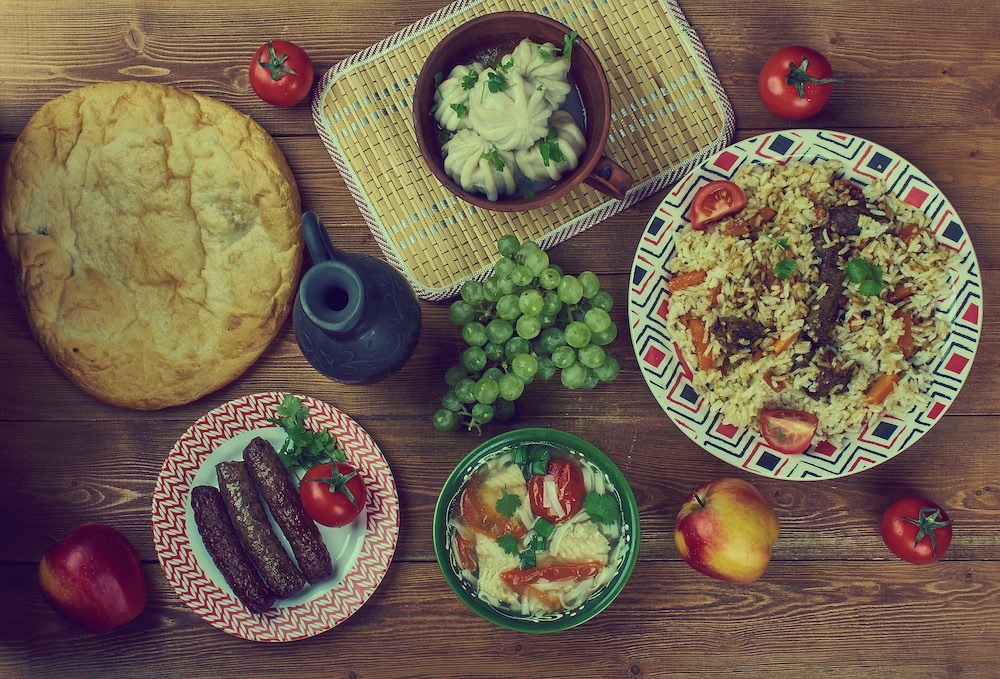 Sitting right smack on the crossroads of the Silk Road, Kyrgyzstan’s culinary traditions are a hodgepodge of different cultures that have passed through it. Spices from China, Iranian recipes, and traditions from Turkey all have their place in Kyrgyzstan’s unique culinary heritage. With dishes such as kazy orchuchuk (horse meat sausages!), maida manty (small meat- or potato-filled dumplings) and beshbarmak (boiled shredded meat with thin noodles), you can experience different parts of the world tour on a plate.

The best thing to sink your teeth into here is watermelon. Have them whole or in an achichuksalad, which is usually served with the national dish, plov— rice with vegetables, quail eggs and slices of beef, lamb or horse. Yes, horse! Then wash it all down with icy shots of vodka served neat. 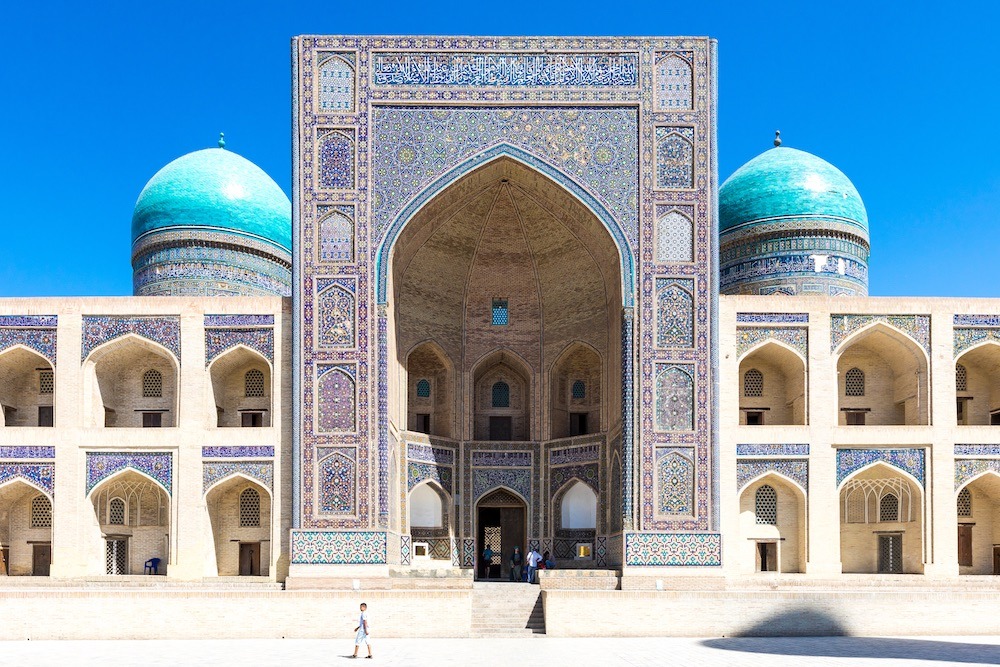 Sandwiched between Kazakhstan and Turkmenistan, the architectural landscape of Uzbekistan is a pretty palate of blue hues set against azure skies and yellow sand. A key stop on the Silk Road, Uzbekistan is infused with a rich cultural legacy laced with sprinklings of Soviet influences from its time as an enclave of the Soviet Union.

The Miri Arab, her distinctive blue domes gleaming in the desert sun, is, sadly, one you can only admire from afar, preferably atop the adjacent Kalon Minaret and with a zoom lens. Off limits to tourists, the iconic Islamic school was founded in the 16thcentury and stands opposite the Kalon Mosque.

Once a major hub in Central Asia, very little of that archaeological lineage remains in the capital and largest city of Uzbekistan. In its place, you’ll find a kaleidoscopic mix of modern and Soviet-era structures. Makes a great backdrop for all those selfies. 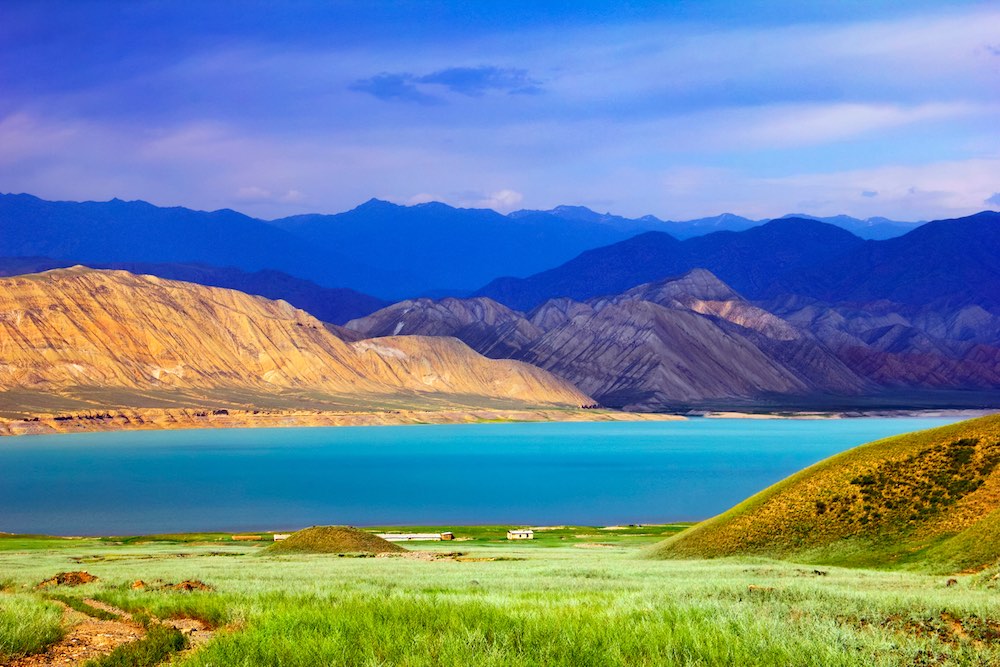 This is a quiet and remote city surrounded by dramatic mountains, and makes for a pretty pit stop with its panoramic backdrop. Located on the shore of the beautiful Toktogul Reservoir, the town has a distinctly chill vibe about it. But don’t let that fool you: it is a hub for adventure sports. Hike across the Kyzyl-Too and meet shepherds in yurts along the way, go paragliding and see the undulating landscape from above, or take a dip in Toktogul Lake.

For The History Buff

This compact walled city rises out of the desert like a living museum. Made up of labyrinthine narrow mud-walled alleyways and speckled with spectacular indigo mosaics, this little enclave will sweep you back in time to the 10th century.

One of the greatest cities of Central Asia, Samarkand is renown for its mosques and mausoleums. There’s the Gur-Emir Mausoleum, the family vault of Amir Timur and his heirs, which was so impressive it became the prototype for the famous Taj Mahal in Agra, India. There’s the photogenic Registan Square, or Pearl of Central Asia, which is surrounded on three sides by majestic medieval architecture. And the Bibi-Khanym Mosque, a unique cathedral mosque named after Amir Timur’s beloved wife with its signature blue domes. The Memorial Museum of Ulugbekholds a collection of exhibits depicting Ulugbek’s life and commemorates the enlightened ruler, whose reign ushered in the second period of Central Asia’s Eastern Renaissance. The monument stands next to the ruins of his three-storey astronomical observatory, once the wonder of medieval Uzbekistan. The Arc Fortress, Bukhara’s oldest structure, is a royal town-within-a-town hidden behind a large, imposing earthen fortification. It was occupied from the 5thcentury right up until 1920. Today, 80% of it lies in ruins, and its remaining royal quarters now houses museums.

For The Art Lover 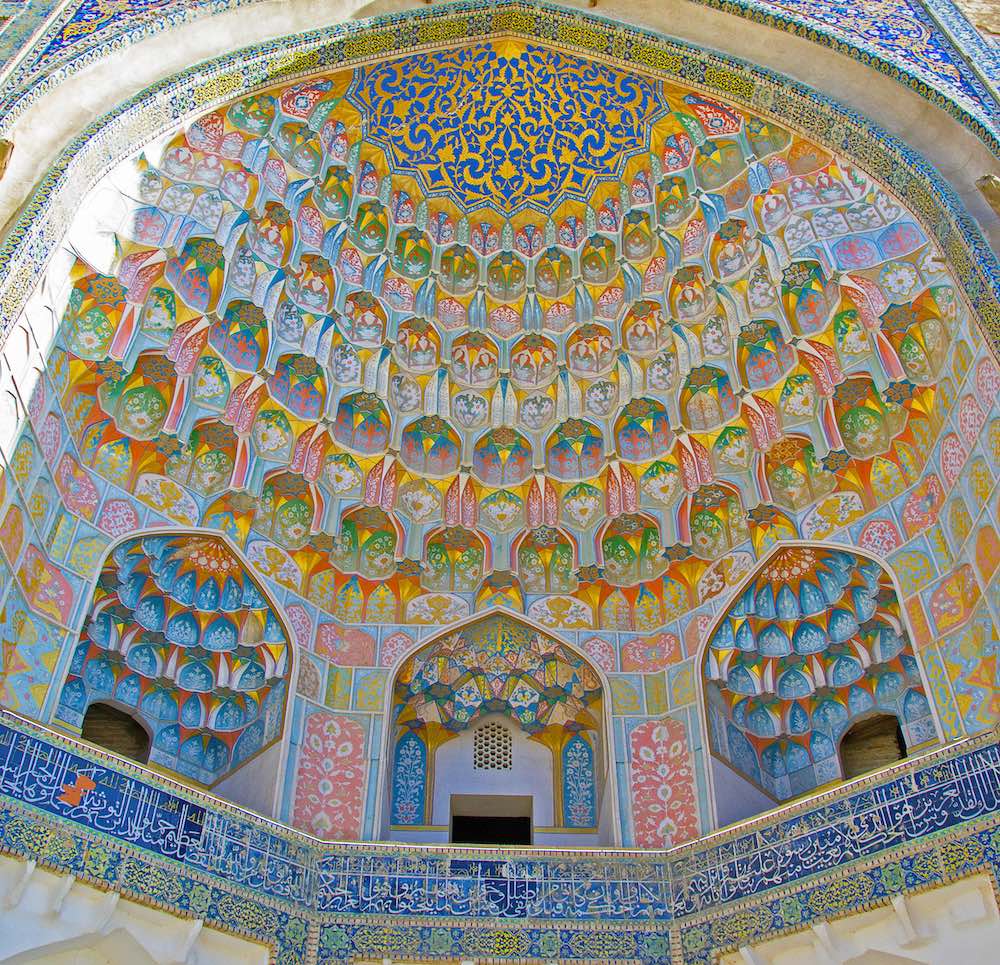 An ornately decorated madrasah, the Abdulaziz-Khan Madrasah stands as a living testament of the incomparable skills of Central Asian architects, builders and artists of old.Built in 1652, the walls and chambers of the madrasah are designed using every technique of the day, from marble carving to tile and brick mosaic and gilding. The building features a spectacularly high portal and an iwan gateway inscribed with verses by famous poets and accented with ornamental stalactites. There are even images of a Chinese dragon and a mythical bird called Simorgh.

Andijan, the largest city in the Fergana Valley, is often referred to as its spiritual mecca. Culturally and linguistically, the highly populated industrial city is the most Uzbek of Uzbek cities, and a real thrill for visitors to experience in all its unfettered glory. An earthquake levelled most of the city’s architectural history, but there’s still plenty to see and buy in the vibrant bazaars such as Jahom Bazaar, with blacksmiths forging traditional Fergana knives, tinkering carpenters, and a veritable treasure trove of fresh produce and knick-knacks. 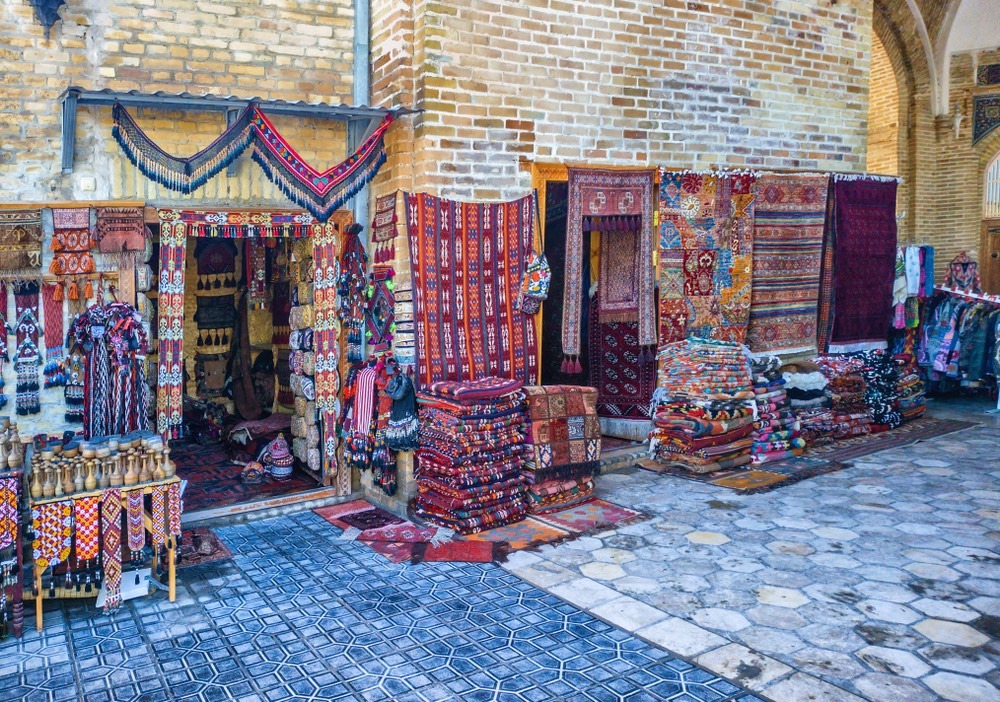 Bukhara isn’t just a city of mosques (there are more than 350!). Being a major commercial hub in its heyday, it’s also synonymous with its long procession of domed arcades that stretch the length of the Silk Road. However, only four remain: Toki-Sarrofon Trading Dome, Telpak Furushon Trading Dome, Tim AbdullakhanTrading Dome and Toki-Zargaron Trading Dome. Each trading dome is a mini version of what markets would’ve been like back in the day, with vendors peddling a smorgasbord of edible and collectible goodies. 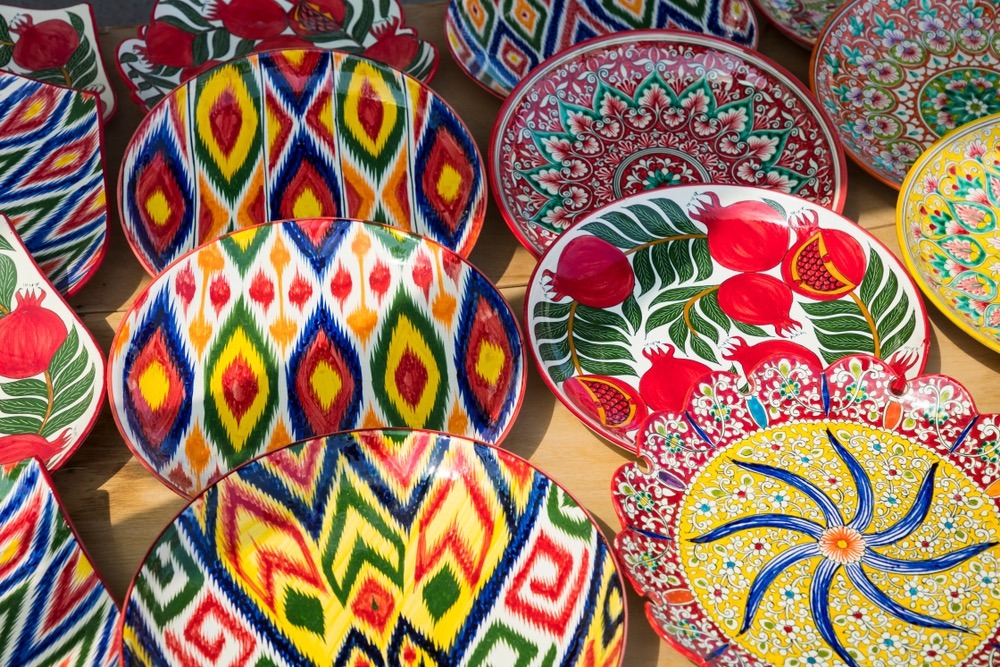 Tashkent’s most famous farmers market,Chorsu Bazaar, is a charming green domed oasis, where old and new worlds collide. Here, brightly coloured mounds of spices, warehouses filled with all kinds of sweets, baked goods and fresh fruits vie for your attention. It’s also the best place for souvenir hunters to pick up travel trophies, such as a kurpacha (sitting mattresses), chapan (traditional quilted cloaks) and ceramics; or you can just sit on a stoop and people-watch.

CENTRAL ASIA BY THE NUMBERS 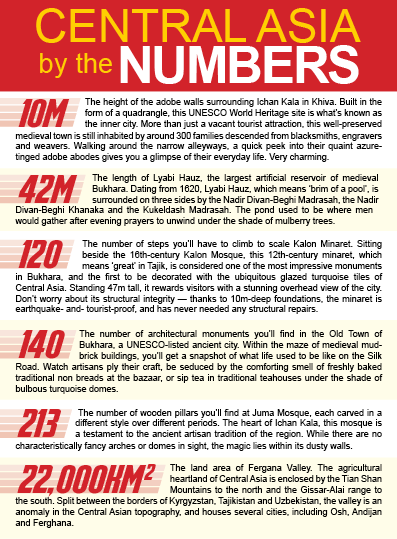