Give Way To Emergency Vehicles

Move out of the way safely and quickly when you encounter an emergency vehicle on a duty call. 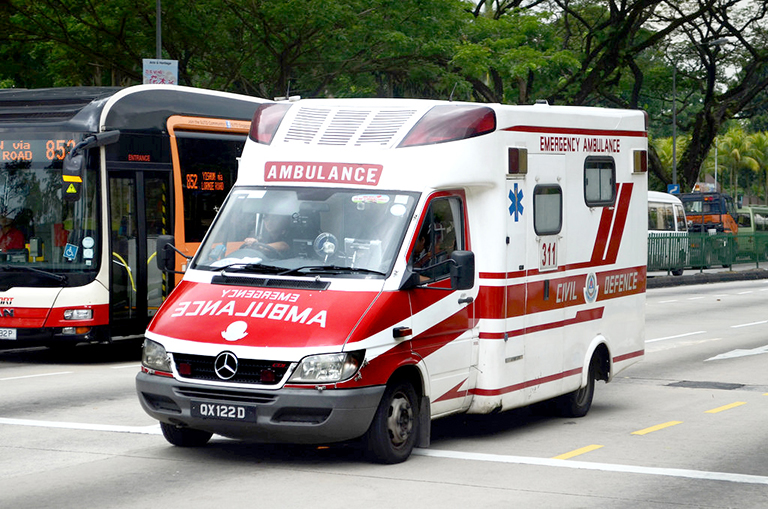 A life could be at stake when an emergency vehicle — such as an ambulance, a police car or a fire engine, among others — is on a duty call. Under the Road Traffic Act, emergency vehicles on official duty have the right of way over all other traffic. As motorists, it is our responsibility to recognise the signs and react quickly without compromising on safety.

LIGHTS AND SIRENS
When you see flashing lights and hear the blare of sirens from such emergency vehicles, it is a clear sign to move out of the way.

ACT QUICKLY AND SAFELY
If you are in the same lane ahead of the emergency vehicle, you should filter to the left or right edge of the road as quickly as possible. If you are in adjacent lanes, make way so that affected vehicles can safely filter into your lane. All this should be done as soon as you see or hear the emergency vehicle. Such vehicles are allowed to exceed the speed limit when on official duty — even if they look like they are still far away, they may close in faster than you realise.

By thinking ahead, you have time to react safely and allow the emergency vehicle to keep moving without needing to slow down or stop. Whether it is a response to a medical emergency, fire outbreak or some other crisis, those few minutes saved could prove critical.

BE ALERT AND ADAPT QUICKLY
You may have right of way at the traffic crossing but, if an emergency vehicle is about to make a turn from across the road, please give way. As of 1 December 2017, Singapore Civil Defence Force (SCDF) ambulances are allowed to legally run red lights and make unauthorised U-turns when attending to emergencies.

THE RULES AND PENALTIES
It is important to heed these rules; ignoring them could hurt the pocket.

Under the Civil Defence Act, it is an offence to obstruct a person carrying out or performing emergency duties. Offenders can be fined up to $5,000, jailed up to six months, or both.

Under the Road Traffic Act, obstruction of emergency vehicles responding to an emergency carries a fine of not more than $160 and four demerit points.