On the prowl for a juicy steak served with luscious condiments? Satisfy your carnivorous cravings at steak-themed restaurant Les Bouchons. 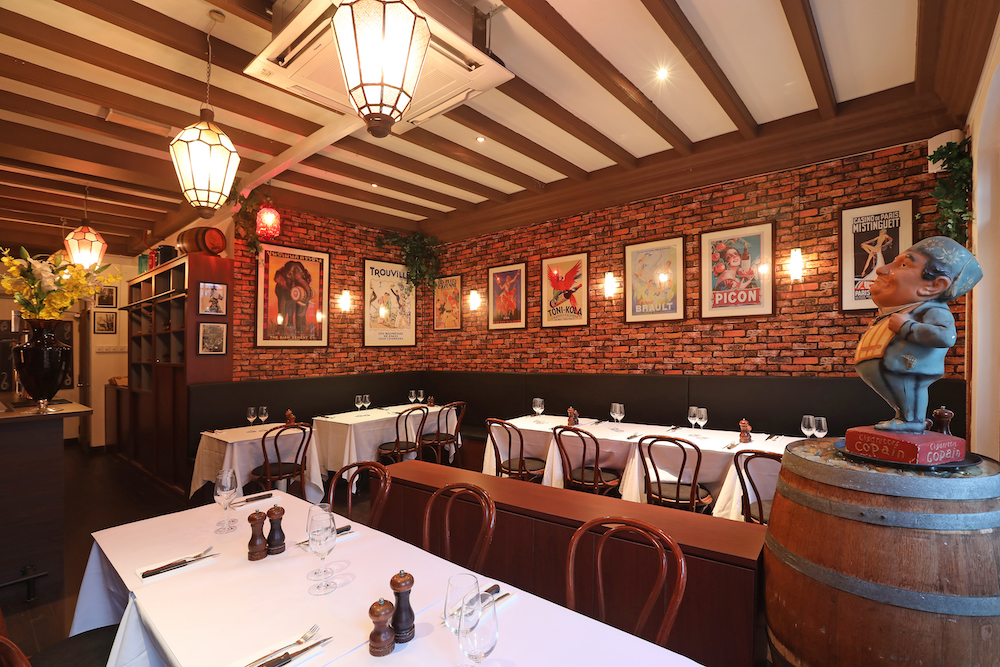 Steak-frites is a popular dish served in brasseries in Paris. Thankfully, you don’t have to fly to the City of Lights to satisfy your cravings for French-style steak and fries.

Opened in 2002, Les Bouchons is one of the first steak-themed French restaurants in Singapore. 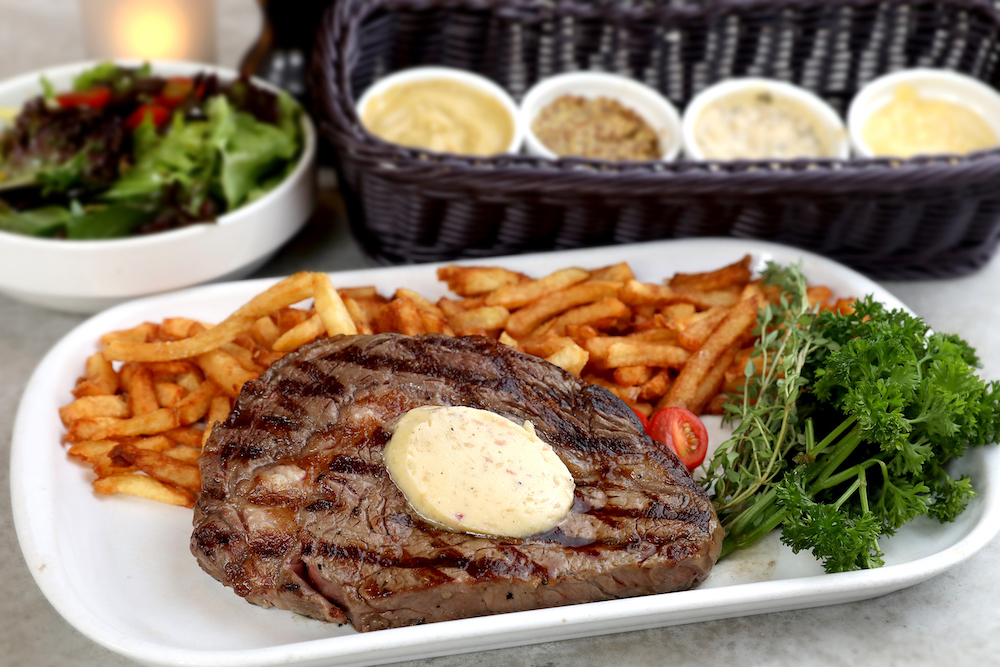 Les Bouchons’ reputation as a top steakhouse has been built on providing consistently fresh and high-quality beef that is sourced directly from producers. The restaurant is known for serving the finest verified Angus beef, setting towering standards for marbling and tenderness — diners can expect every meal to be full of robust flavours and textures. Steaks are prepared according to request and are accompanied by salad and a free flow of the trademark house-made French fries!

The kitchen is helmed by Chef Mika, Chef de Cuisine of the group’s three restaurants, two in Singapore (at Ann Siang Hill and Robertson Quay) and one in Puteri Harbour, Johor. Describing himself as “passionate, detailed and a perfectionist”, he started work in the kitchen when he was only 15, thus achieving his childhood ambition at a tender age. One of his role models is the late Frenchman Paul Bocuse, an iconic chef strongly associated with French nouvelle cuisine. He also hopes to work with another French chef, Philippe Etchebest, known for his strong personality and ability to motivate fellow chefs. 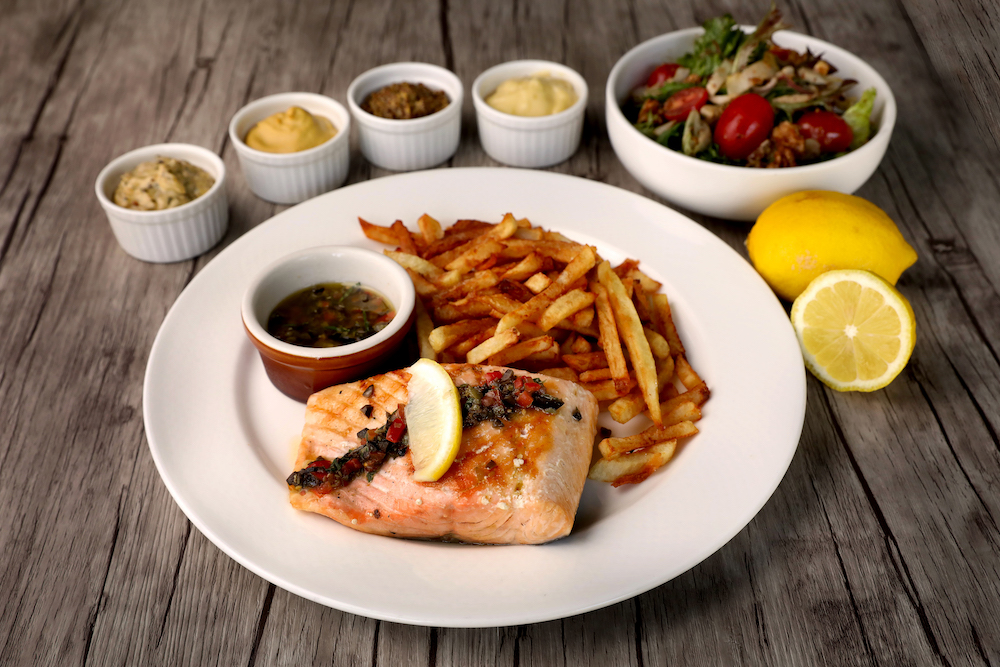 Citing the adherence to classical cooking techniques as an ingredient in Les Bouchons’ success, the specialist in traditional French cuisine puts his skills to good use in dishing up mouthwatering specialties such as Côte de Boeuf (Bone-in Ribeye) — to be shared between two people — and Grilled Black Angus Sirloin Steak with Vigneron Butter. The key to preparing a delectable Côte de Boeuf, shares Chef Mika, lies in having a love and passion for cooking beef. Portions are generous, so make sure you bring an appetite! 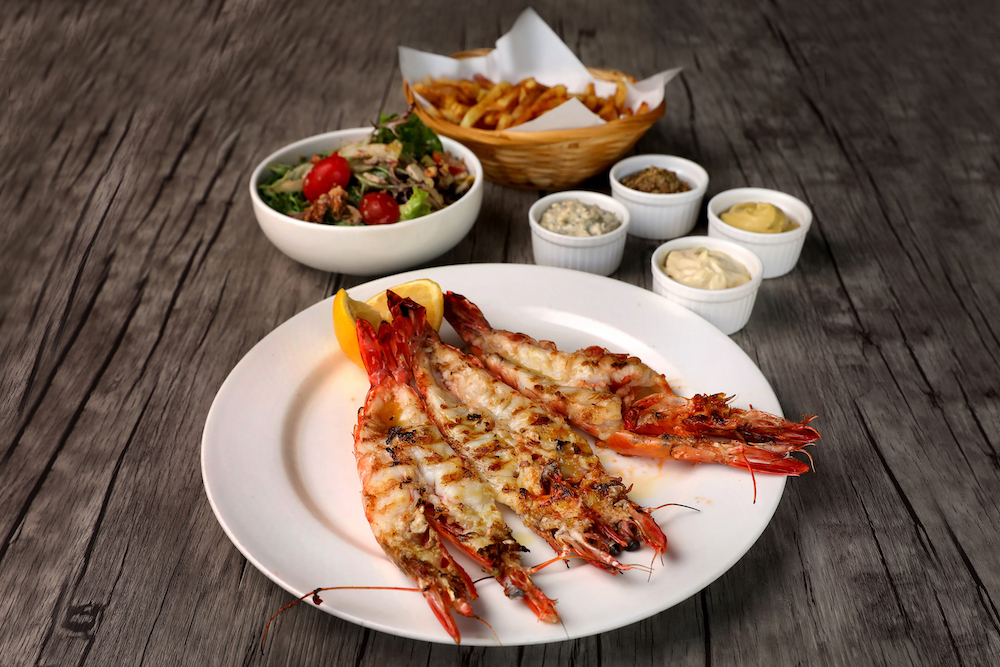 Apart from serving several variations of steak-frites, the menu at Les Bouchons also boasts a selection of other meat and seafood dishes to cater to diners who prefer not to have steak. To round off the meal, the restaurant serves a smorgasbord of cheeses and tantalising desserts.

Oenophiles will be pleased to know that the restaurant boasts one of the best wine lists in Singapore, and stocks bottles by renowned wine makers from both the Old and New World.

Especially for AA Members
Enjoy a complimentary dessert with a minimum spend of $80 per person when you dine at either Le Bouchons outlets. Applicable only from Mondays to Thursdays. (Note: The Robertson Quay outlet is closed on Mondays.) Promotion available till 30 April 2021.