How does it feel to hit the road again after nearly two years? Here’s our first-hand experience.

For most of us, it feels like it has been forever since we last took off for a foreign land. After the Vaccinated Travel Lane (VTL) between Singapore and South Korea was announced in October, there was finally a glimpse of hope.

When it was revealed that Automobile Association of Singapore (AA)’s popular AUTOVENTURE™ self-drive holidays were set to resume, with its first destination being Jeju Island in South Korea and having a first-hand drive on electric vehicles, Members such as Evelyn Ong, 62, signed up without hesitation.

Unlike in the past, where AUTOVENTURE™ trips were participated by as many as 80 people, there was a limit of 20 this time. Courtesy of AA Singapore and Jeju Tourism Organization, Highway was invited to join the entourage in November.

While it was natural to face a tinge of anxiety travelling amid the pandemic, Evelyn believed that the key is to remain vigilant and take necessary precautions, such as mask-wearing and frequent sanitising. This sentiment was echoed by other Members I spoke to during the trip.

By now, you would have heard of the additional paperwork and multiple polymerase chain reaction (PCR) tests required by the VTL. But theadvantage of travelling with AUTOVENTURE™ is that these extra steps are well taken care of by AA Singapore. In addition, participants were also given a care pack that comes with N95 masks, a disinfectant spray, and other pandemic essentials.

SENSE OF CAMARADERIE AND FREEDOM
Upon landing in Jeju International Airport, we were greeted by the unmistakeable Jeju wind. There is something about the crisp, fresh air and spotless blue skies of Jeju. 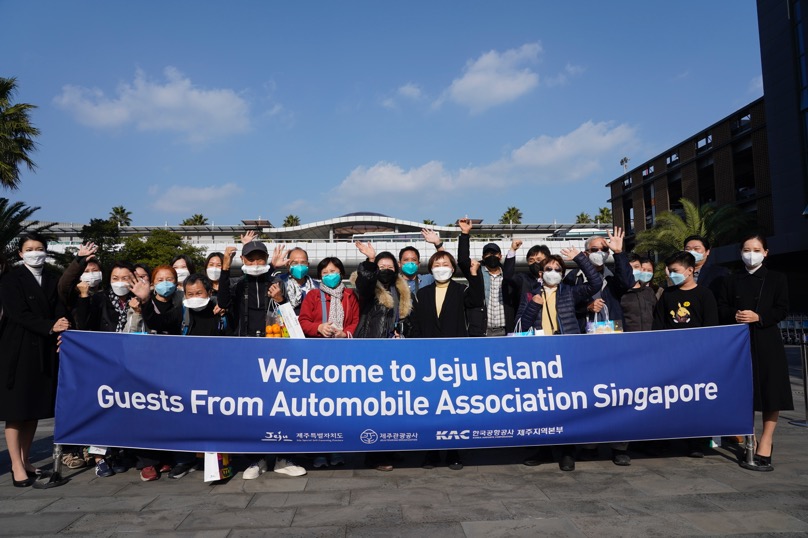 Being the first tour group to visit Jeju after two years, we were warmly welcomed with a reception at the airport and treated like celebrities by Jeju Tourism Organization and several local media outlets.

The youngest ones in the tour group were a pair of 12-year-old twins, while the eldest was 73-year-old Raymond Quek, who became my beacon of inspiration to stay active well into the silver years — he actually brought along his bicycle to ride along Jeju’s beautiful coastal trails!

Although the Members — some of whom are friends from previous trips — were of diverse profiles,there was an unmistakeable sense of camaraderie among them as everyone helped look out for one another and had a ball of a time, including surprise birthday and wedding anniversary celebrations! After all, it had been a while since we could gather and travel together like this.

“We started travelling with our boys since they were few months old, and we used to travel every year. It’s our first time in Korea, and it’s nice to let them see and experience the world again,” said Thaddeus Tan, 43, father of the twins.

SOMETHING FOR EVERYONE
Whether you are a driving enthusiast, foodie or outdoor lover, Jeju Island offers myriad options that will strike a chord. 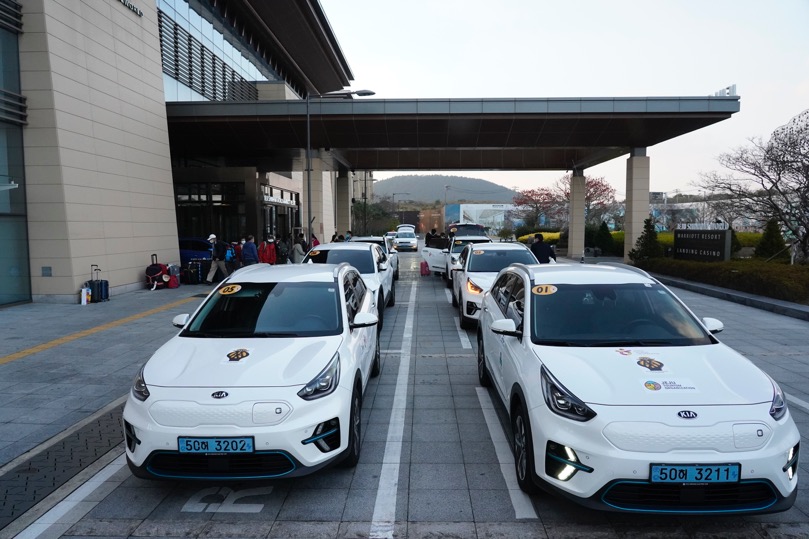 Apart from tourist hotspots such as O’Sulloc Museum and Seongsan Ilchulbong (Sunrise) Peak, Jeju has plenty more to offer — Sulwobong Peak and Sinchang Windmill Coastal Road are just some of the landmarks that provide marvellous driving and riding routes with splendid views.

A 15-minute ferry ride away is Udo Island, where tourists can choose to cycle, trek, or take a shuttle bus to explore its various sites. Not to be missed on this island are its beaches, peanut ice cream, and the Udobong Peak, which boasts a panoramic view of the surrounding waters and verdant land. At the time of our visit, the hiking trail was flanked by blankets of silvergrass, creating a scene straight out of a postcard.

Café hoppers should check out the rows of ocean-facing coffee houses at the Aewol district. Also, you can’t leave this area without paying a visit to Nolman Jeju. Highly raved by both locals and tourists (including AA Members!), this popular eatery serves up delicious bowls of seafood ramyeon (noodles) topped with the freshest crustaceans amid a rustic setting.