Understanding what similar or uncommon road symbols specifically mean could save you a pretty penny and keep you safe.

Have you ever wanted to park by the roadside but weren’t sure if you were allowed to?
All of us encounter many road signs and markings every day, but there are some that are so similar that they confuse us, and others that we’ve just plain forgotten their meaning since we don’t see them often. We clarify a few of these to refresh your memory.

You’ve definitely seen these roadside markings before, especially if you’re looking for parking in neighbourhoods. A continuous single yellow line (Fig. 1) means that you are not allowed to park there between 7am and 7pm, unless it is a Sunday or a public holiday. The one you should be wary of is the double yellow line (Fig. 2). Only stop here briefly if you are dropping or picking someone up. If the road is divided by either a single (Fig. 3) or double white line (Fig. 4), you cannot park on either side of the road at any time.
(Image credits: Woodysee at Wikipedia)

These zigzag lines are just as foreboding as they look! If you violate their rules, you’ll be served with both a hefty fine and demerit points, so be extra careful around them. A white zigzag line (Fig. 1) tells you that there is a pedestrian crossing ahead, so you should slow down and look out for anyone crossing. Although a single yellow zigzag line (Fig. 2) allows immediate drop-off and pick-up, you can’t do this where there are double yellow zigzag lines (Fig. 3). Another useful rule of thumb is that you can’t park along any of the zigzag lines; remember this and you won’t have to worry about stacking up too many demerit points.
(Image credits: Woodysee at Wikipedia)

These triangular markings on both sides of the road create the visual illusion of the road narrowing. This is done to encourage drivers to reduce their speed. You would usually see these markings on a slip road joining an expressway or in neighbourhood roads.
(Image credits: Singapore Traffic Police)

This triangular marking doesn’t appear very often; when it does, it is usually accompanied by white zigzag lines on both sides of the road. You would usually find this on bending roads, and it indicates an approaching pedestrian crossing. If you see it, remember to slow down and watch out for pedestrians.
(Image credits: Singapore Traffic Police)

You are most likely familiar with the single yellow bus lane line, which follows the normal bus lane timings from 7.30am–9.30am and 5pm–8pm. These apply every day except on Saturdays, Sundays and public holidays. If you see this yellow line but with an adjacent red line, it indicates a full day bus lane. The timings for these bus lanes are 7.30am–11pm every day except Sundays and public holidays, so make sure not to drive in this lane during this time.
(Image credits: One Motoring)

Circular red and white signs are all prohibitory signs that tell drivers what not to do. You may think that these two similar looking signs mean much of the same thing, but they are actually slightly different. The one with the single red slash (Fig. 1) means ‘no waiting’, but you can still stop if someone is boarding or alighting. However, the one with the cross (Fig. 2) means no stopping at all.
(Image credits: Land Transport Authority)

These two almost identical signs can be easily confused with each other. The thicker white arrow against a full blue background (Fig. 1) indicates that the road is a one-way street. If the white arrow is narrower and within a blue circle (Fig. 2), it means that you must continue driving straight on. Keep in mind that Fig. 2 can appear on a two-way street, unlike Fig. 1.
(Image credits: Land Transport Authority)

If you’re wondering why the sign on the right (Fig. 2) is upside down, it is because it is warning you of vehicles U-turning up ahead from the opposite direction. You may want to slow down and be extra cautious in case drivers U-turning do not see you approaching. Be careful not to mistake it with the regular U-turn sign that indicates an approaching U-turn.

Essential Items For Your First-Aid Kit 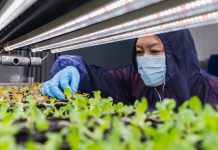