While the days of mass market full-electric cars may still be some years away, hybrids are the best compromise when it comes to combining fuel efficiency and a small carbon footprint with performance. Here are three new models that point the way forward.

When the Bavarian automaker enters the hybrid market, you know that they will have exciting models in store. True to form, the new BMW 330e promises to be a fine blend of high performance and technology that ensures that the car maintains an eco-conscious stance.

At the heart of the 330e sits a plug-in hybrid system that pools the abilities of a 2.0-litre, four-cylinder petrol engine with the BMW TwinPower Turbo technology and output of 184hp with the talents of an electric motor, which generates peak output of 113hp. This latest generation of BMW’s eDrive Technology introduces a brand-new feature — XtraBoost — which comes standard with the car, and ratchets up performance by more than a few notches. 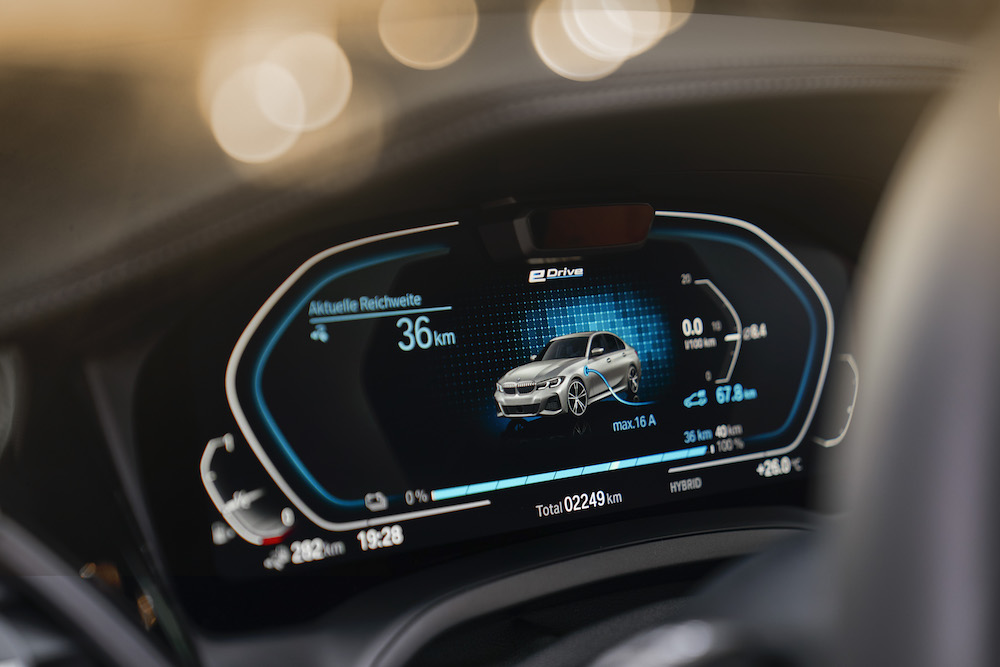 When XtraBoost is activated in the car’s SPORT mode, the hybrid system teams up with the petrol engine to produce up to a maximum of 292hp and torque of 420Nm. The result is the signature powertrain character of the BMW 3 Series Sedan, comprising incredibly sporty yet precise accelerator response, and a specific shift program for the eight-speed Steptronic transmission, including engine-braking downshifts. XtraBoost can still be accessed with the high-voltage battery at minimum charge, as well as in kickdown and with the transmission selector lever in the M or S position.

In many hybrid cars, the petrol engine kicks in after you accelerate past about 50km/h. Not so the 330e. In the car’s HYBRID driving mode, it can cruise at speeds of up to 110km/h in electric power alone, which means you can theoretically drive from Singapore to Kuala Lumpur without touching the gas in the tank.

This being a BMW, the car also comes with a nice range of features to enhance driving satisfaction and safety. Hybrid-specific standard features of the new BMW 330e Sedan include acoustic pedestrian protection: when driving on electric power, an exterior speaker system generates an unmistakable sound created specifically for electrified BMWs. Other features range from the Driving Assistant Professional with steering and lane control assistant to the Parking Assistant, which includes reversing assistant. 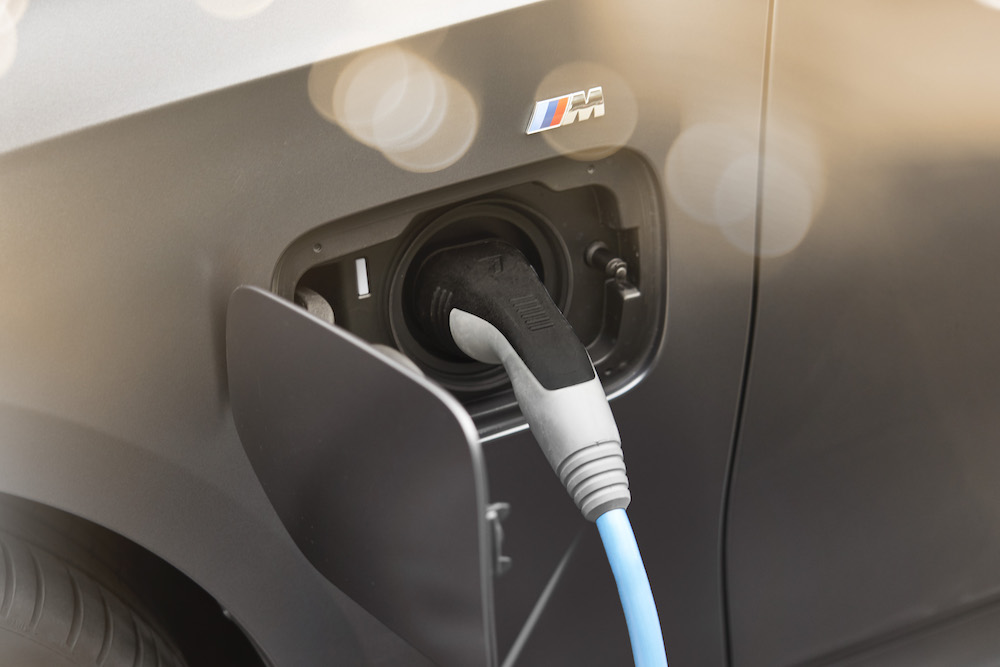 Of course, one of the reasons why you’d buy a hybrid is to lessen the environmental impact from driving. The CO2 footprint of the new BMW 330e Sedan is 20% smaller than that of the new BMW 330i Sedan when running on average European power in the use phase. When charging the car with green energy, its CO2 footprint is reduced by as much as 60%, which should help put your mind at ease if global warming is a concern.

Carbon emissions are not always a concern for people looking at MPVs — until now. That’s why the new Nissan Serena e-POWER is arguably one of the best choices on the road when it comes to eco-conscious driving among this set of drivers. With its performance and features, Serena e-POWER is one of the bestselling MPVs in Japan. It is also Nissan’s first e-POWER electrified powertrain in Singapore.

Despite its family disposition, the Serena e-POWER’s electric motor puts out 100kW and 320Nm of instantaneous torque, enabling it to tear away from traffic lights effortlessly. Not surprisingly, the Nissan e-POWER electrified powertrain was named Technology of the Year for 2019 by the Automotive Researchers’ and Journalists’ Conference of Japan. Different driving styles are accommodated through three driving modes: Smart, ECO and Normal. 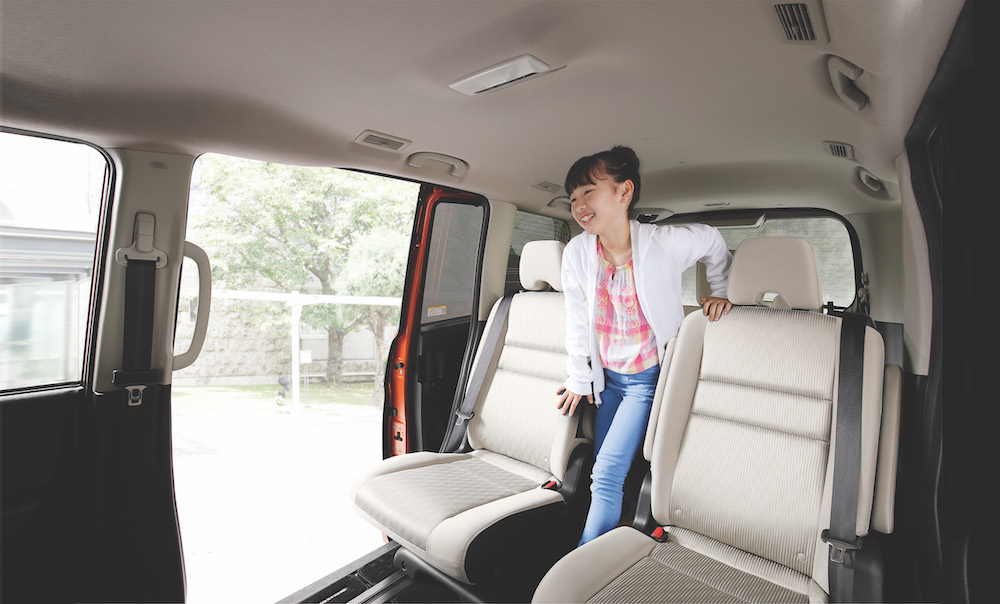 And one great idea that truly enhances driving quality is Nissan’s innovative One-Pedal Drive Technology. This unique feature allows the driver to accelerate and decelerate using only the accelerator pedal. Lift your foot off the accelerator and One-Pedal mimics stepping on the brakes, allowing the vehicle to slow down. To the unfamiliar, this sounds counter-intuitive, but you’ll just need to test-drive the car to discover the efficacy of this amazing technology.

Nissan has also put some thought into making the Serena e-POWER a better-looking vehicle. The front has a sportier façade, with the V-motion grille starting lower on the bumper. A blue accent — symbolising the nature of e-POWER — runs through the MPV, including the grille, electronic shift knob, and dashboard display. 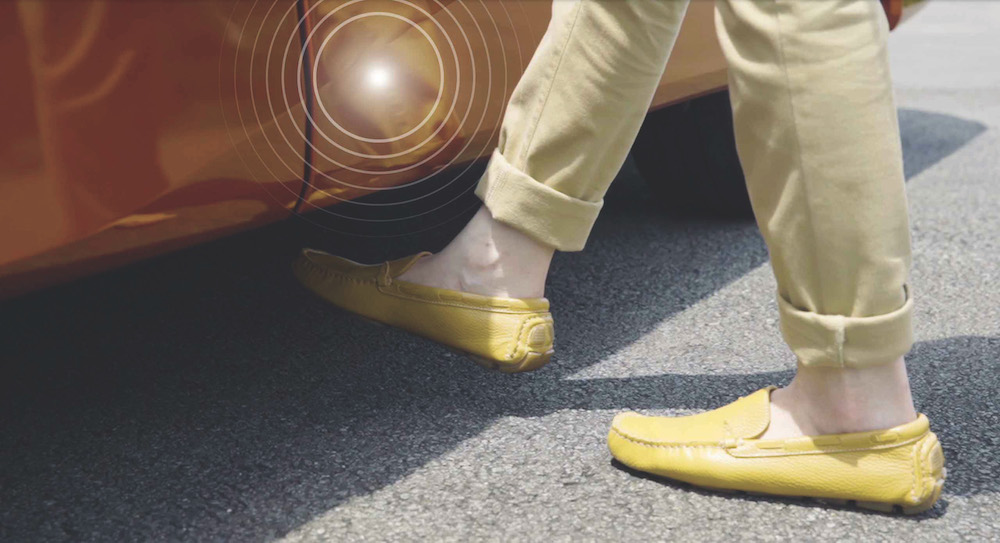 Safety, important in an MPV, is enhanced by Nissan Intelligent Mobility technologies, such as Intelligent Around View Monitor with Moving Object Detection, Intelligent Driver Alertness, as well as Vehicle Dynamic Control and Vehicle Sound for Pedestrian systems. With the car’s JNCAP five-star safety rating — the highest possible — the Serena e-POWER combines all you ask for in a family car and more.

The world’s first car planned from the start to offer an electric powertrain just got better. With more than 60,000 IONIQs sold since its launch in 2016, Hyundai’s popular hybrid now boasts second-generation technology with an upgraded battery and energy storage capacity. The new IONIQ now has an upgraded 38.3kW-battery that has 36% more energy storage capacity, allowing the car to more than 300km (internal target under WLTP regulations). 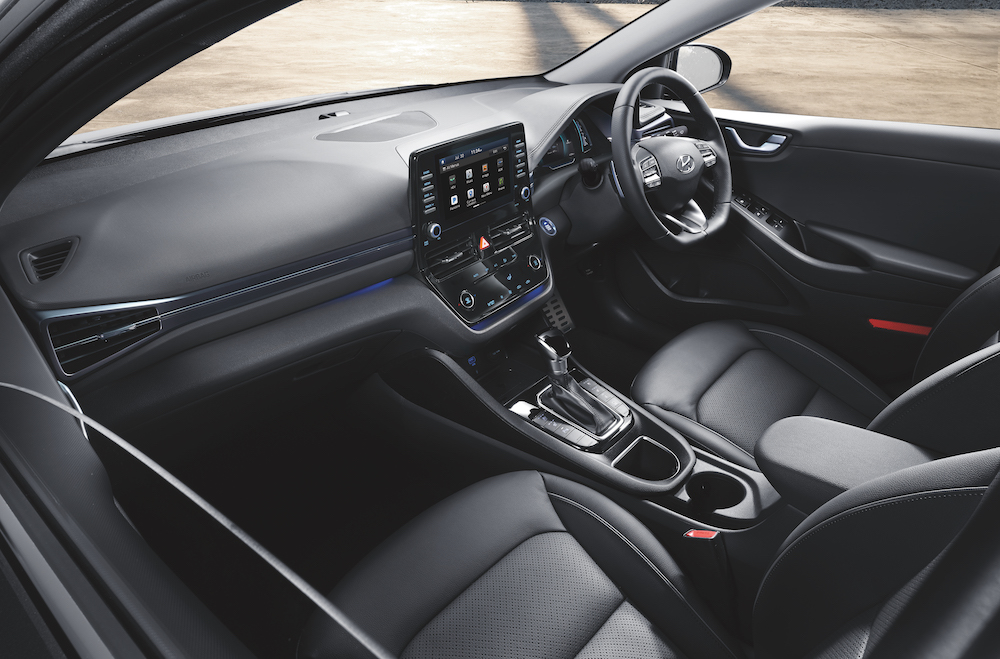 The IONIQ’s e-motor delivers a maximum power of 43.56PS and 170Nm of torque. The car has a 7.2kW onboard charger for Type 2 AC charging. Using a 100kW fast-charging station, the battery can reach 80% charge in as little as 54 minutes. Teamed with the IONIQ’s 1.6-litre GDI, direct-injection petrol four-cylinder engine, the car delivers a system output of 96.7kW (131PS) and up to 265Nm of torque. If you keep your speed under 120km/h, it can just rely on its electric motor without tapping into your gas. 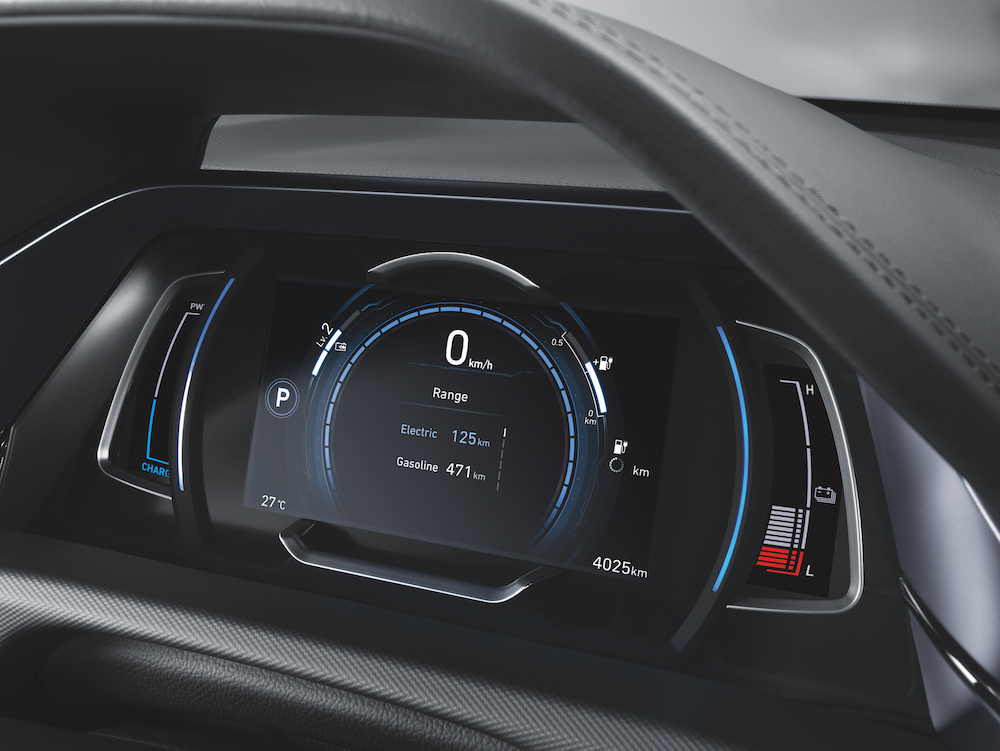 Potential buyers would be happy to hear that the car has obtained a timely facelift. The front of the new IONIQ Electric has new distinctive pattern on the closed grille. All models feature an updated front bumper design, with a silver-coloured molding at the bottom, and new anthracite seen on the rear bumper molding and daytime running light bezels up front. The new IONIQ is available in nine exterior paint colours, with four new ones (Fluidic Metal, Electric Shadow, Liquid Sand and Typhoon Silver) added to the list that also includes Phantom Black, Polar White, Iron Gray, Intense Blue and Fiery Red. 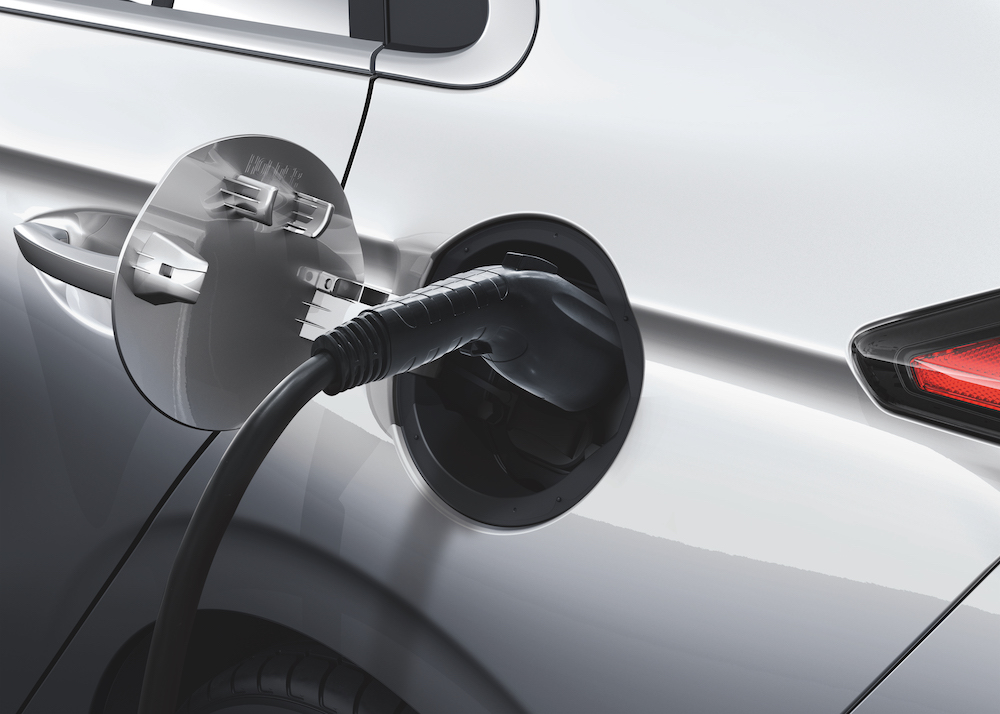 The car also comes packed with safe driving features. The comprehensive Hyundai SmartSense Advanced Safety and Convenience technology package is available in all IONIQ, providing constant monitoring of the environment around the vehicle to protect drivers from potential hazards while on the road. Other features in the safety package include Front Collision Warning and Avoidance Assist, Driver Attention Warning, Lane Keeping Assist, Lane Following Assist, High Beam Assist, and Pedestrian Detection with new Cyclist Detection ability. In addition, Auto Cruise Control is standard in the hybrid, as is Blind-Spot Collision Warning.

This combination of electric motor integration with enhanced driving features helps to put Hyundai at the forefront of automotive development. 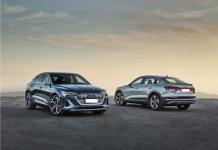 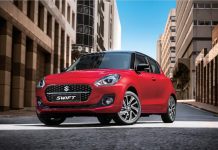