Brunei Darussalam was one of the first countries with which Singapore established a Vaccinated Travel Lane. This oil-rich sultanate sits along the South China Sea on the island of Borneo. Here are eight things to do when you head over.

VISIT A MOSQUE (OR TWO)

Brunei boasts stunning mosques and Islamic architecture. Two mosques you’ll want to make time for are the Omar Ali Saifuddien Mosque and Jame’ Asr Hassanil Bolkiah Mosque. The former, situated near the Brunei River and waterfront, has an impressive artificial lagoon. From a distance, the mosque looks like it’s floating on a pool. The latter, named after the present Sultan of Brunei, is the country’s largest mosque. Non-Muslims are allowed to enter it outside prayer times.

Opened in 1991, Ulu Temburong National Park covers approximately 50,000 hectares of virgin rainforest. Accessible via longboat, the journey to the park is an unforgettable experience in itself. Another highlight of a visit to the park is the canopy walkway. Reached through an hour-long trek from the park’s headquarters, the walkway provides visitors with the opportunity to observe the rainforest’s diverse treetop ecosystem. The views, as you would expect, are breathtaking! 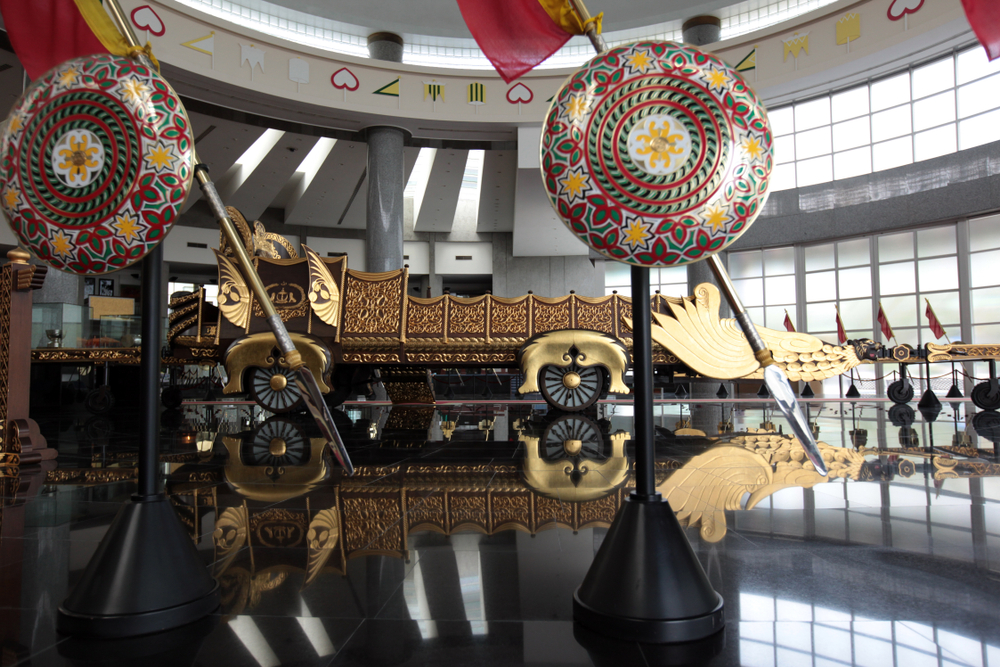 Among the museums in Brunei, the Royal Regalia is one that offers tourists a chance to learn more about the Sultan and his lavish lifestyle. The museum houses replicas of his throne, various crowns, gowns and weapons. The highlight is a scale model of the parade float of the Sultan’s silver jubilee, with scores of mannequins encompassing it to represent his honour guard. 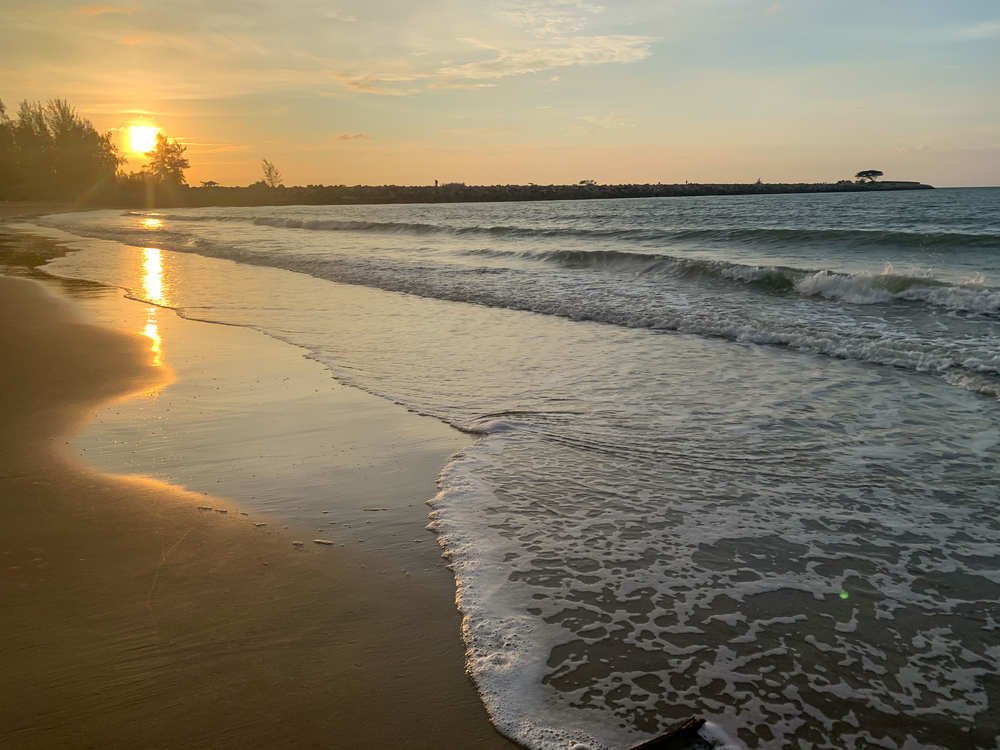 The island of Borneo boasts spectacular sunsets. Among the best spots in Brunei to catch the sun as it dips below the horizon are Sultan Omar Ali Saifuddien Mosque, Kampong Wasan Padi Field, and Meragang Beach. 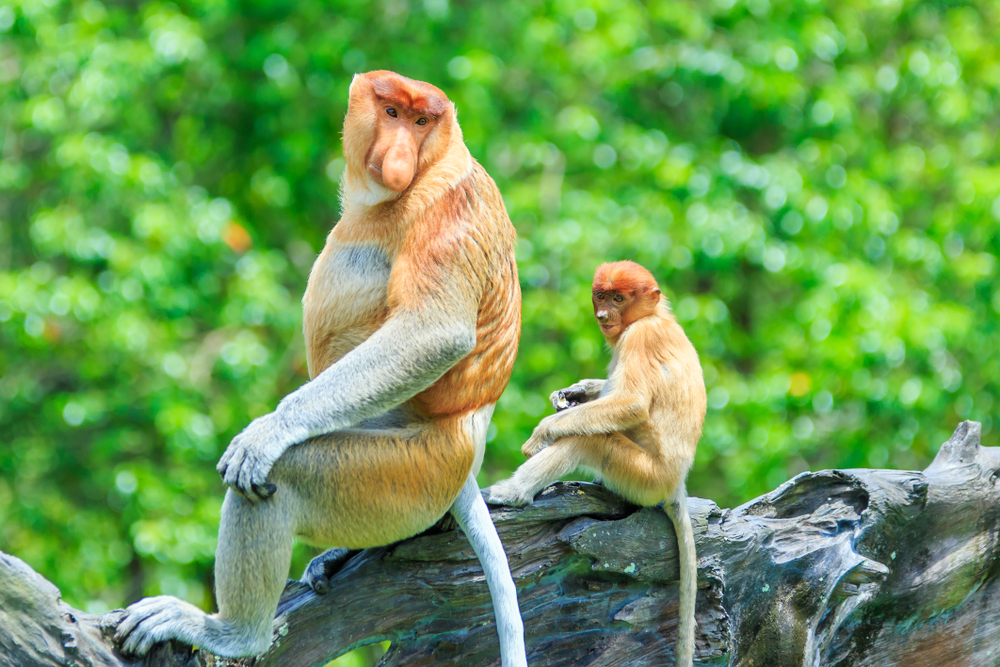 Proboscis monkeys, named for their unusual nose, are endemic to Borneo. They are largely found in mangroves. You can go on a safari to catch a glimpse of these monkeys, or head to Taman Persiaran Damuan Park and try and spot them among the trees there.

An hour’s drive from Bandar Seri Begawan, Tasek Merimbun is Brunei’s largest lake and among the country’s most beautiful attractions. The ‘S’-shaped lake supports a variety of flora and fauna, including a rare species of fruit bat. The best way to enjoy the lake’s tranquility is either from the boardwalk or by taking a boat trip.

LOSE YOURSELF IN KAMPONG AYER

Kampong Ayer is the world’s largest floating village — a sprawling settlement consisting of more than 40 separate villages on stilts over the Brunei River. Known as the Venice of the East, the water village houses approximately 13,000 residents. The settlement is self-contained with schools, mosques and restaurants. Take the ferry from the waterfront and stroll along the boardwalks.