Cities around the world are overcrowded, and their roads are clogged up. This affects not only lives but also the environment. To address this issue, there has been a global movement to ban cars in city centres. 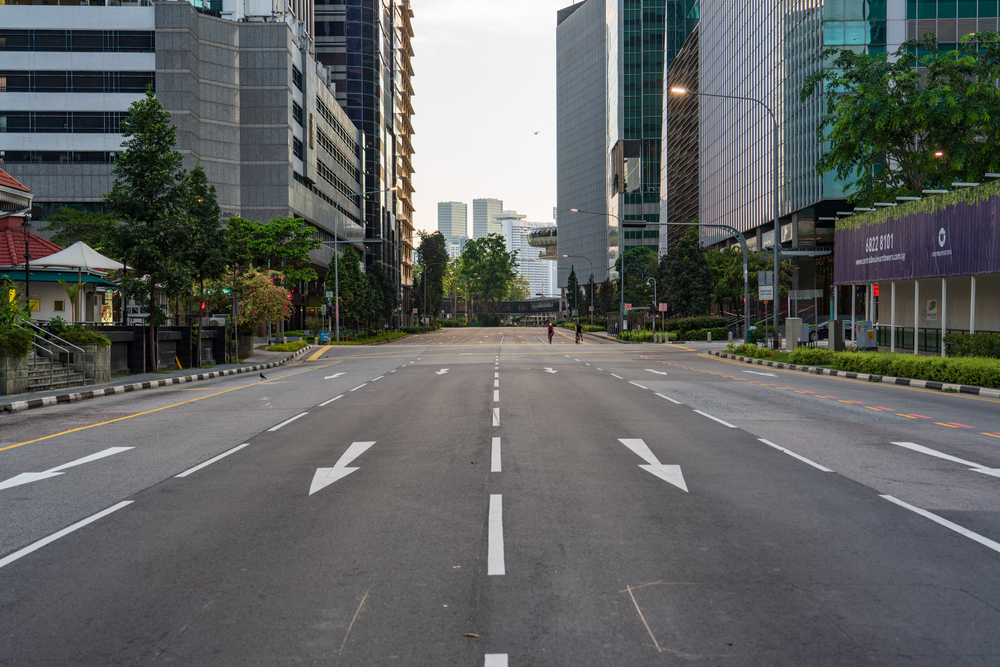 When Singapore was in Circuit Breaker-mode last year due to the COVID-19 pandemic, there was a general appreciation of the lack of traffic and congestion on the streets and roads. The air seemed cleaner, and nature seemed able to take a breather. This could be a common sentiment shared by urban communities around the world as the pandemic provided an unusually global glimpse of a car-free future. This was just a temporary respite because, as the pandemic situation got a little better, life went partially back to the way it was, and so did the busy traffic conditions. That period of serenity is how things could be if there was an effective reduction and management of traffic and vehicles.

Urban centres like Singapore and elsewhere in the world have been grappling with the negative implications of a rapidly expanding vehicle population. Commuters spend an inordinate amount of time stuck in traffic jams, looking for parking spaces, and contributing aggressively to air pollution. In response, some cities are beginning to rethink where vehicles can go. Nowhere is this more actively pursued than in European, where several cities have looked at redesigning urban spaces to prioritise other more useful and people-centric developments. The problem isn’t vehicles per se, but the cumulative effect of a city’s urban planning that prioritises cars over other modes of transportation. The building of more and wider roads, expressways and parking spaces has taken precedence over infrastructure for other modes of transport. 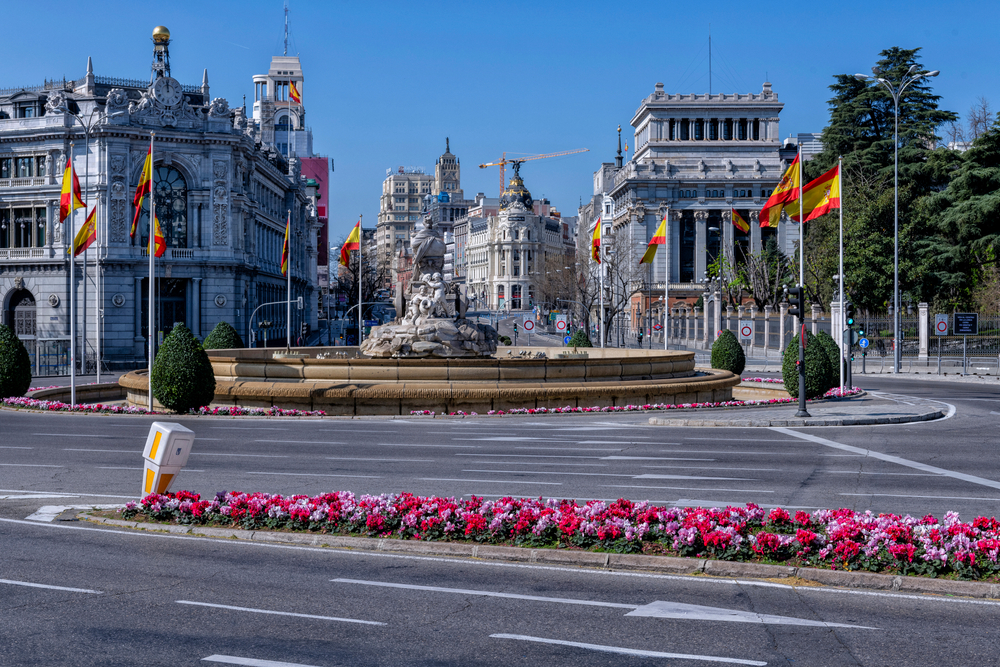 CITIES WITH CAR BANS
The car-free movement, which was already trending even before the pandemic struck, has since gained momentum. In Madrid, the capital of Spain, authorities there have banned older cars — petrol-powered cars made prior to 2000 and diesel-powered ones made prior to 2006 — are not allowed into the city centre. Only hybrid and eco-friendly cars are allowed entry. Commercial vehicles like taxis have until 2022 to comply with the rules. France’s capital, Paris, has the second-worst air quality in Europe. Authorities there have implemented something similar, and declared the first Sunday of every month a car-free day in the city centre.

The Netherlands is famed for its biking and walking culture, so it’s not surprising that its capital, Amsterdam, has rolled out even more drastic measures to cut down reliance on cars. The city intends to remove 11,200 parking spots by 2025, and use the freed-up space to widen sidewalks and bike lanes, and construct parks and trails. The city will also redesign roads to accommodate even more bikes, and provide bike parking spaces at metro stations. Cars plying the city area must be electric cars or otherwise emission-free by the year 2030. 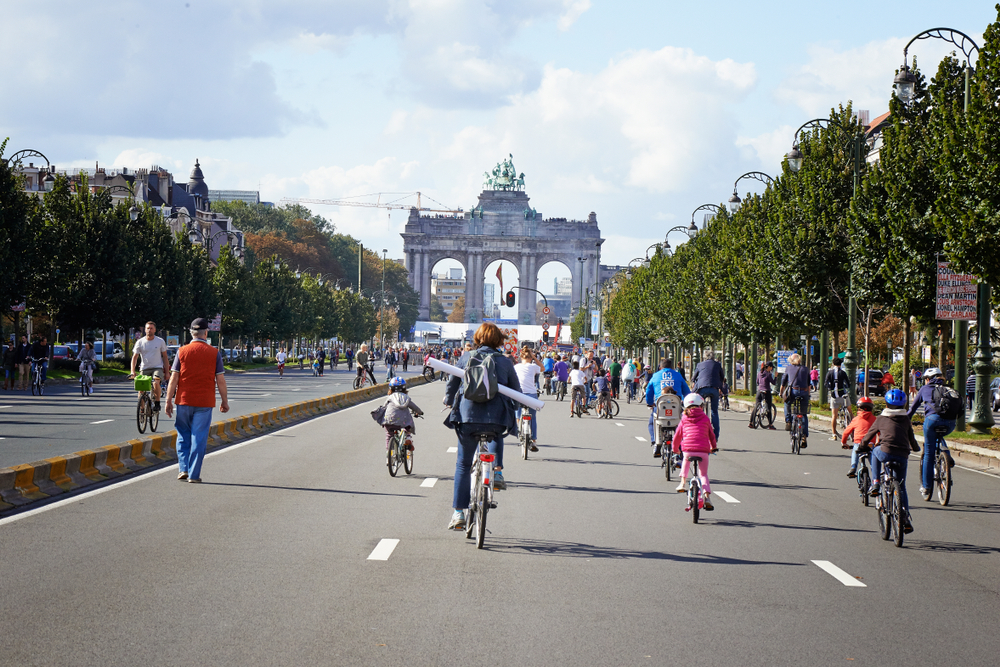 RESULT OF CAR BANS
So what happens when an urban centre goes car-free? These cities have reported a marked improvement in air quality, and less strain on their infrastructure, with fewer accidents and traffic-related situations to deal with. With fewer cars on the roads, sidewalks and walkways became more pedestrian-friendly and safer. Car-free zones have the added advantage of being a fairly reversible policy. What it requires is proper and effective regulation, and the policy can be tweaked and changed to improve traffic flow and regulate the car population.

The strategy is not to ban cars outright, but to think of other approaches and modes to move people within the city centre. Cars will always be a part of urban living, but a city shouldn’t have to solely rely on them when it comes to transporting the masses. The movement to restrict cars may be the ideal solution to make cities more liveable and eco-friendlier.

AA SINGAPORE SUPPORTS ROAD SHARING
While AA Singapore is an organisation that promotes safe and responsible motoring, we realise that public roads are used by more than just drivers, and that we must be willing to share the space with other road users as well as alternative modes of transport.

This is why AA Singapore supports the FIA’s #3500LIVES campaign, which encourages positive behaviour between drivers and cyclists. We were there — together with campaign partners JCDecaux and Motor Sports Singapore — when the poster to publicise this campaign was launched at a bus stop shelter in Buangkok Drive. Spot these ‘Share the Road’ posters at bus stop shelters in Singapore, snap a photo, and tag us on either Facebook or Instagram (@automobileassociationsg)! The three photos that garner the most ‘likes’ will each walk away with an attractive prize! For more information, check out this link!

AA Singapore has also invited its fans to create a road safety jingle for the #3500LIVES campaign on the TikTok platform! The three video clips that gain the most ‘likes’ will each walk away with a set of PRIMEPRO Wireless Phone Charger (worth $69)! Check out this link for more information!