Five virtual tours you can do now!

We know, we know — you’re longing to travel again and continue checking off items on your travel bucket list. Thanks to COVID-19, travel has been off the cards for close to a year, and is likely to stay that way for the foreseeable future. Maybe the travel bubble between Singapore and Hong Kong will become reality in the next few months or less. For now, you will have to live vicariously through these virtual tours.

The Vatican Museums in Rome are among the most-visited museums in the world. Its crown jewel is undoubtedly the Sistine Chapel, the largest and most spectacular of its museums. The chapel’s walls are adorned by an incredible collection of paintings by Raphael, Bernini, Botticelli, Perugino and others, while its vault — its main attraction — is covered with frescos, depicting scenes from the Book of Genesis, painted by Italian Renaissance artist Michelangelo. The Sistine Chapel is now offering a view of its treasures via its website. So, log in and get your culture fix.

One of the seven wonders of the world, the Taj Mahal is feted for its symmetry, white marble, and the love story that brought it to life. The mausoleum was built by the fifth Mughal emperor, Shah Jahan, in memory of his wife, Mumtaz Mahal. Go on a tour of this monument to love through Google Street View. Take a 360-degree journey around the Taj Mahal as if you were walking around the building in person! Enjoy postcard views or discover rarely seen perspectives; get up close to the hand-carved details and explore expansive landscapes.

With its Spanish colonial architecture, incredible music and art scenes, Bohemian bars and white-sand beaches, Cuba deserves to be on your bucket list of countries to visit. For a quick virtual introduction to the Caribbean island’s capital, Havana, check out this narrated tour with 360-degree capabilities. Ogle at the vintage cars, enjoy a vibrant dance performance, and stroll along the coastline.

Located amid rugged desert canyons and mountains, the Nabatean sandstone city of Petra, located in the country of Jordan, dates back to around 4th-century BC or earlier. It covers a vast area, with architecture carved directly into red, white and pink sandstone cliffs, creating breathtaking tombs and temples. Movie buffs may remember that several scenes from the Hollywood blockbuster Indiana Jones and the Last Crusade were filmed in Petra. This UNESCO World Heritage Site is, unsurprisingly, on the wish list of many armchair archaeologists. Channel your inner Indiana Jones and explore this massive desert city on a virtual tour.

Ensconced deep in the forests of Cambodia’s Siem Reap province is the massive Angkor Wat, considered the largest religious structure ever built, and one of the most important archaeological treasures in the world. Originally built as a Hindu temple during the Khmer Empire in the early 12th century, it transitioned into a Buddhist temple by the end of the century. Delegated a UNESCO World Heritage Site in 1992, Angkor Wat has become a symbol of the country and even appears on its national flag. This virtual tour of the temple offers a 360-degree simulation of the temple complex, including a view of a typical Khmer village.

AA Singapore, known for organising driving holidays dubbed AUTOVENTURETM, conducted a webinar on Singapore-Tibet Expedition Drive to familiarise interested participants with the rigours they are expected to face during the convoy, and provided them with necessary and vital information for them to better prepare for the trip.

You can read more about the road trip here:
https://aa-highway.com.sg/road-trip-to-china/ 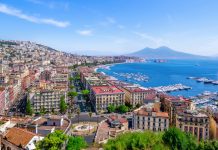 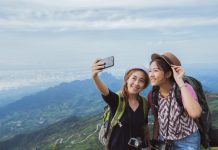 The Joys Of Slow Travel The Future Of Travel