Here are 12 exciting things you can do when visiting some of the Silk Road countries. 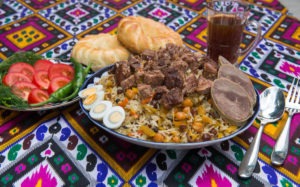 Gorge on bread
Bread is sacred to the Turkmen, only broken by hand and never wasted — make sure you like your carbs! However, if you’re looking for something more substantial and tasty, tuck into regional cuisine, like plov (a Uzbek rice dish), and Turkmenistan’s speciality, shashlyk, a dish of meat and vegetables that are roasted on an open-coal barbecue. 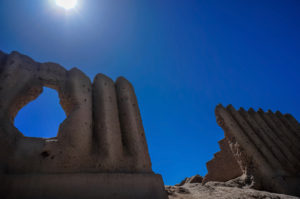 Walk in the footsteps of conquerors
The gateway to the Silk Road from the Middle East, Turkmenistan is a melting pot of different cultures. Roughly the size of Thailand, it is inhabited by only 5 million people. Turkmenistan is also home to the oldest archaeological site in the world: Merv. This is where the empires of Alexander the Great, Genghis Kahn, and the Soviet Union meet. 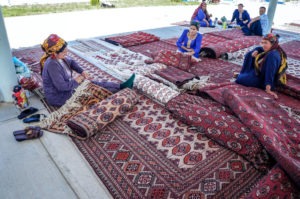 Shop at a bazaar
Turkmenistan’s capital, Ashgabat, has the sprawling Altyn Asyr Oriental Bazaar. Located a few kilometres from the city centre, it’s the largest open-air market in Central Asia, and has 2,155 shops to satisfy most shopaholics’ retail itch! The best time to visit is on a Sunday, when the market really comes with life with vendors hawking a variety of goodies such as handicrafts, silks and jewellery. There is also a thriving camel market, though those souvenirs might be harder to bring home! 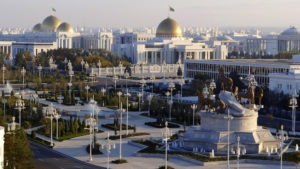 Visit the city made of white marble
Ashgabat is what is known as a showpiece capital. Painstakingly designed and constructed, the billion-dollar city stands as an over-the-top statement of the accomplishments of the Turkmen. And what a statement it is. Here you’ll be treated to a unique concrete jungle, with surreally uniform white-marble castles and manicured green lawns that bring to mind futuristic cities you’ve seen in Hollywood blockbusters. In fact, the city holds the Guinness Book of Recordstitle for its extreme penchant for marble. You’ll be tempted to whip out your cameras to snap the gleaming monoliths, but many of these are government ministries that can’t be entered or photographed, so play by the rules. Contrastingly, by night, the city exudes a Las Vegas-esque vibe, and puts on dazzling light shows accented by an array of gaudy neon lights. 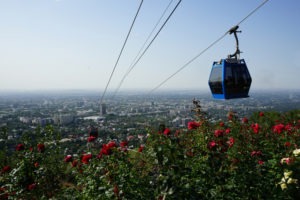 Ride a cable car
Another Ashgabat attraction is the Turkmenbashi Cableway, a 10-minute ride that begins at the base of the Kopet Dag (a mountain range on the border between Turkmenistan and Iran) and climbs to a height of 1,293m above sea level. Here, you can gawk at Ashgabat to your heart’s content through high-powered telescopes. There’s also an Insta-worthy, 80m-high artificial waterfall to chalk up nods on your social networks. 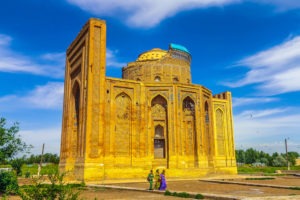 See medieval monuments
Located in the northern part of Turkmenistan, Dashoguz is an old stop on the Silk Road. While there’s not much to do in terms of entertainment (it’s mostly a stopover), the sleepy hollow does offer up rich slices of history, with well-preserved medieval monuments as reminders of its past. Among them is Tyurabek-khanym, an Oriental masterpiece with a mosaic-lined inner dome, and the imposing 60m-high Kutlug-Timur minaret, the highest in Central Asia. 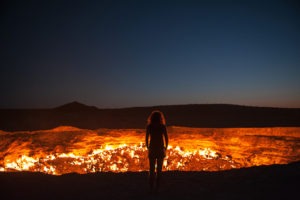 Go to ‘hell’ and back
Welcome to the Gates of Hell. Discovered by scientists back in the 1970s, Darvaza Gas Crater has been raging for 50 years and counting. The result of a deep pocket of natural gas deposits, the site looks like a scene out of a sci-fi movie, with the largest crater measuring a staggering 70m across and 20m deep. Glowing red against the pale desert sand, it really does resemble an ominous entrance into the depths of eternal damnation. It also makes for a very dramatic shot. Your friends will think you’ve died and gone to… well, not heaven. 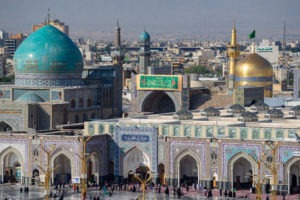 Go to a mosque

The capital of Iran’s Khorasan province, Mashhad is the second largest city in Iran and its holiest city. Known as a place of religious pilgrimage and a bustling tourism hub, the city is visited by millions of pilgrims each year. Mashhad is also home to some of Iran’s most celebrated literary figures and artists. Spread over an area of nearly 600,000m2, the Imam Reza Shrine Complex — the burial site of Ali Ibn Musa al-Ridha, the eighth imam (spiritual leader) — attracts some 20 million pilgrims and tourists every year. The largest mosque complex in the world, it contains seven courtyards, the Goharshad Mosque, a museum, a library, four seminaries, a cemetery, and the Razavi University of Islamic Sciences. Beautiful by day with its golden domes and twinkling turquoise tiles, the shrine is even more impressive at night, when its domes and minarets are lit up. 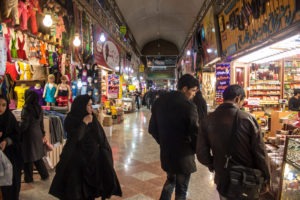 Shop your fill at another bazaar
Bazaar Reza, located near the Imam Reza Shrine, it’s one of the oldest shopping malls in Mashhad, and boasts 1,711 stores to browse! If you’re looking to add some pizazz to your cooking, this is the best place to pick up some saffron for cheap. After all, Mashhad is the saffron centre of the world. If you’re looking at a spot of redecorating back home, Mashhadi carpets are particularly revered. But brush up on your haggling skills first if you want to get a good price. 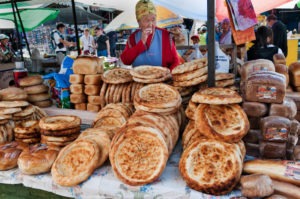 Dance the night away
The capital and largest city of Kyrgyzstan, Bishkek’s best kept secret is its pulsating nightlife. When the sun sets, the city’s large population of young people come out to play in the many bars, pubs and nightclubs that litter the city centre. Promzona Club on Cholpon-Ata Street is the oldest and most popular place to be seen at. If strobe lights and European-style electronica are not your scene, there’s also the Osh Bazaar, one of the largest bazaars in Bishkek, where you can buy food, clothes and souvenirs. 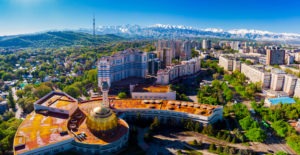 Café hopping
Almaty, Kazakhstan’s largest metropolis, is a bustling Soviet-style city set in the foothills of the Trans-Ili Alatau mountains. Standing as a stark contrast to the serene expanse of its surrounding landscape, this cultural melting pot will surprise you. The streets are lined with chic cafés, bars and eateries. It also boasts a rather curious culinary scene. Apart from traditional fare such as samsas (savoury meat pastries baked in a tandoor) and laghman (pulled noodles with meat and vegetables), you’ll even find a collection of Korean restaurants and dedicated Korean supermarkets as a result of the 180,000 Koreans that were deported to Central Asia by the Soviet Union in 1937. 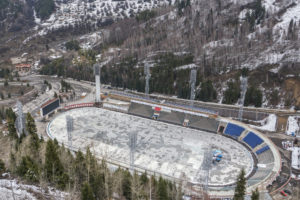 Ice skate
Forget the Fuji Ice Palace. This is the place to get your ice-capades on. Set in a picturesque valley some 15km above Almaty, the Medeo Ice Rink is made from pure glacial water and is the highest mountain sports complex at an altitude of 1,691m above sea level. You won’t find a better place to channel your inner Michelle Kwan